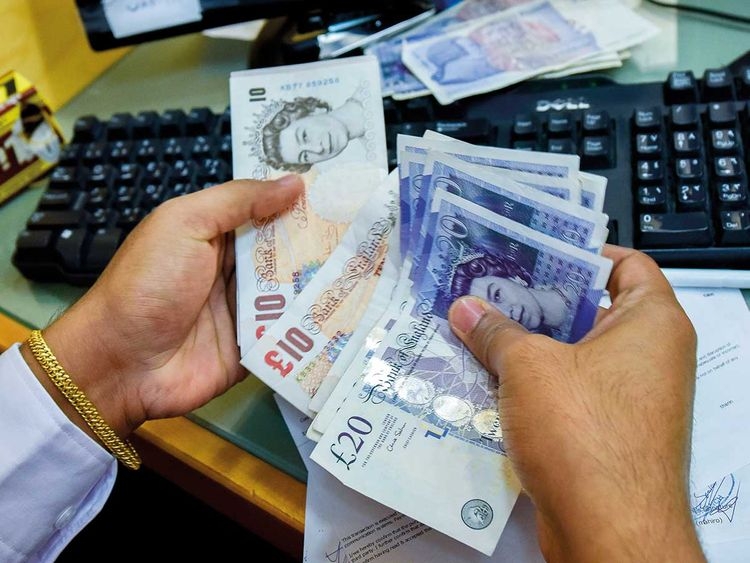 Dubai: The British Pound is expected to see further downward pressure, analysts said, even after it dropped to its lowest level in over two years on rising risks of a no-deal Brexit.

The Pound has been the worst performing currency of the month in comparison to other G10 currencies, taking a hit from statements by top government executives in the United Kingdom who say they are preparing to leave the European Union in October without a deal.

New Prime Minister of the UK, Boris Johnson, who has long been one the nation’s most vocal advocates of Brexit said on Monday the withdrawal agreement already in place with the EU was “dead” and that “it’s got to go.” EU representatives had already stressed to former Prime Minister Theresa May, however, that the agreement was final and that they would offer nothing more.

For the Sterling, Johnson’s hardline spells challenges ahead.

“Boris Johnson has ratcheted the rhetoric for a no-deal Brexit and the markets increasingly pricing this into the [British Pound],” said Monica Malik, chief economist at Abu Dhabi Commercial Bank.

“I think the next two to three months are really going to be critical for the pound. Until now, the markets and forecasters thought that the outlook for a no-deal Brexit was limited, but increasingly, the new government is highlighting this is a very real prospect.”

In the UAE, a weaker Pound will hurt certain sectors such as hospitality, retail, and real estate as Brits have long been key contributors to all three industries.

In the first five months of 2019, UK nationals accounted for just under 6 per cent of visitor numbers to Dubai, ADCB’s Malik pointed out, but even that number of British visitors is down by 3.4 per cent year-on-year, with the weaker currency playing a large part. That decline in visitors to Dubai could continue if the Pound depreciates further, she said.

From a technical perspective, Vijay Valecha, chief investment officer of Century Financial, said that the crucial level for the Pound is at $1.1841, which was last seen on the Brexit referendum day in June 2016. The currency is now trading at $1.2174.

“British Prime Minister Boris Johnson has a lot of appetite for conflict, but investors and traders don’t have it and they are running for the exit door,” he said. “For the first time since October 2016, the Pound has slumped for four days in a row and it seems the free fall is not going to end soon.”

Despite the new government’s rhetoric on a no-deal Brexit, many analysts still think that is just a negotiation tactic by Johnson to prove to the EU he is not backing down.

Charles-Henry Monchau, managing director of investment management at Al Mal Capital, said that a no-deal Brexit is “very unlikely,” especially since Parliament seems to oppose it more than ever.

“Political betting markets put the odds of a no-deal at 33 per cent and some financial analysts rate it as high as 50 per cent. On our side, we believe there is a high probability outcome for a soft Brexit with a long transition period,” he said. “This will obviously be bullish for the Pound.”

Monchau added that the Pound remains “massively undervalued” and would fly higher if Johnson can negotiate a cleaner exit from the EU than his predecessor May.

“If he goes for a no-deal, he risks economic disaster and a premature general election that he could lose,” he said.