Is Shopify’s share price a buy ahead of its earnings release? 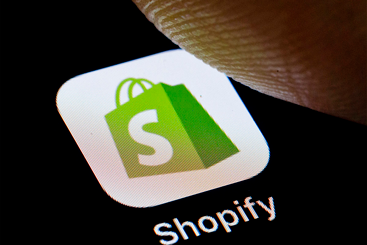 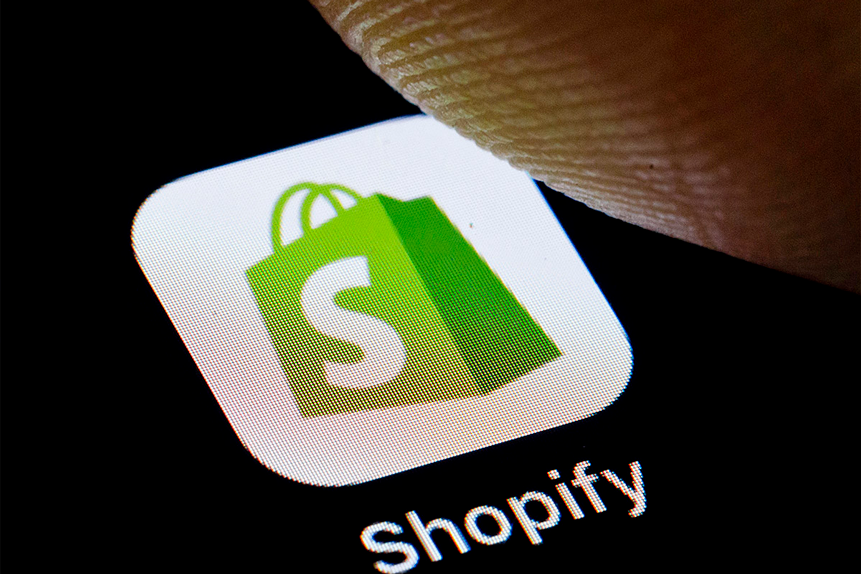 Shopify’s [SHOP] share price soared throughout 2020 after its ecommerce platform saw record demand from consumers and businesses that became reliant on its services. Investors will be keen to see how the ecommerce giant has fared ahead of its fourth quarter results on 17 February.

Shopify’s share price fell to $322.29 on 16 March. The stock’s worst day of trading in 2020 was triggered by the coronavirus market sell-off. Within the space of a month, however, the stock had recovered most of its lost value and was up 54.6% for the year to date to 20 April after closing at $629.90. At the time, this was the stock’s highest close on record.

By 1 July, Shopify’s share price had recorded a 156% year-to-date climb to close at $1,016.64. Although the stock has since topped this value, its performance proved volatile for the rest of the year. 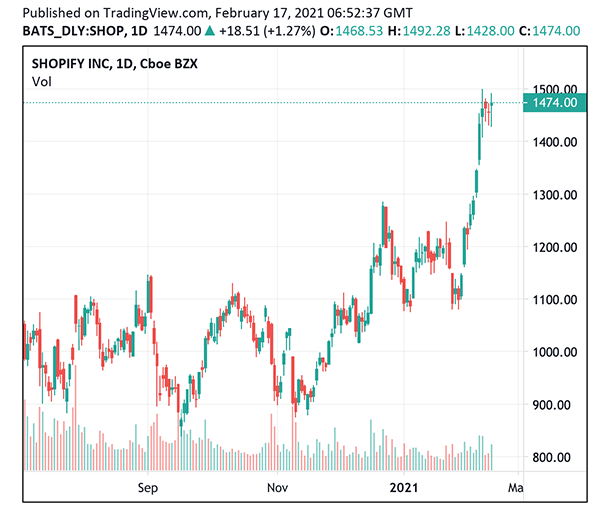 When Shopify released its third quarter results on 29 October, it announced earnings of $1.13 per share, more than double the Zacks Equity Research consensus estimate of $0.50 per share. Meanwhile, revenues grew 96% year-over-year to $767.4m, beating the Zacks consensus estimate by 16.9%.

The coronavirus pandemic was undoubtedly a contributing factor to Shopify’s third quarter growth, which was driven by more businesses opening virtual stores as well as an increase in online spending.

Looking ahead to its next earnings report, Shopify is expected to post earnings of $1.21 per share, according to Zacks, which would represent 181.4% year-over-year growth. Revenues, on the other hand, are expected to grow 79.5% from the year-ago period to $906.82m.

Is Shopify a buy?

To encourage wider adoption of its services, Shopify will launch its checkout system, Shop Pay, to some Facebook [FB] platforms, starting with Instagram.

As well as making it easier for consumers to make purchases by saving their card and delivery details, Shop Pay enables customers to track their orders through its app, offers payment instalment plans and promises to offset the carbon emissions associated with deliveries.

According to a report from eMarketer, social commerce — which includes purchases made on social platforms, or by clicking an ad or promotional content on social media — is expected to rise 34.8% in the US to $36.09bn in 2021.

“Shopify Pay has some momentum and it’s growing and it’s smart to support, but it’s unlikely to dramatically increase the pool of shoppers on Facebook that are able to pay with a digital wallet,” Goldberg said. “Consumers aren’t likely to pick what they want to buy and how they want to pay for it based on their ability to track those purchases in some third-party app.”

Meanwhile, Brian Schwartz, an analyst at Oppenheimer, believes there are reasons to be bullish on Shopify, according to Barron’s.

He noted that the company is part of a “very large and accelerating market” and that it should be a “rule of 40” company for the foreseeable future — referring to companies that can grow revenue at better than 40% with gross margins above 40%. Schwartz also noted that as the pandemic continues to drive ecommerce, Shopify’s “international opportunity is still ahead.”