Khaleej Times - Mubadala in talks to buy $1.1b stake in Israeli gas field 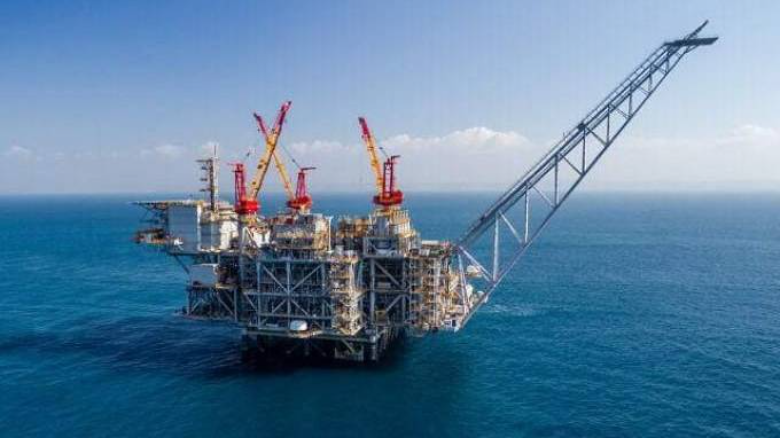 The Israeli company said on Monday that it has signed a non-binding deal to sell its stake in the east Mediterranean natural gas field Tamar to Mubadala Petroleum for $1.1 billion.

Delek Drilling, a unit of conglomerate Delek Group, holds a 22 per cent stake in the field, which is operated by Chevron with 25 per cent shares while Isramco remains a majority shareholder with 28.75 per cent stakes. Tamar Petroleum (16.75 per cent), Dor Gas (four per cent) and Everest (3.5 per cent) are other stakeholders of the project.

The deal, if finalised, would be among the most significant developments since the UAE and Israel agreed to normalise ties last year. It would be first major deal in the energy segment that will pave the way for closer cooperation between the two countries in oil and gas sectors.

“This transaction has the potential to be another major development in our ongoing vision for Natural Gas commercial strategic alignment in the Middle East,” Yossi Abu, chief executive of Delek Drilling, said.

Mubadala Petroleum said the “proposed transaction is in line with our strategy of seeking high quality ... investments that strengthen our gas-biased portfolio in line with our energy transition targets”.

Mubadala Petroleum, a unit of Abu Dhabi government-owned Mubadala Investment Company, is a leading international, upstream oil and gas exploration and production company with a primary geographic focus on the Middle East and North Africa, Russia and Southeast Asia, with assets in 10 countries. It has been playing an important role in the energy sector since its establishment in 2012.

Bal Krishen, chairman and CEO at Century Financial said Abu Dhabi’s sovereign wealth fund plans to buy a stake in an Israeli natural-gas field for up to $1.1billion, in what would be one of the first major business deals since the nations normalised ties last year.

“The $1.1 billion deal would consist of an unconditional payment of $1 billion and a contingent payment of up to $100 million subject to certain terms and goals being met,” he said.

Mubadala Investment Co, a fund with $232 billion of assets, announced a memorandum of understanding to buy Delek Drilling LP’s 22 per cent stake in the Tamar offshore field. The Abu Dhabi fund would make the acquisition through its energy arm, Mubadala Petroleum. The “proposed transaction”’ would strengthen their gas-biased portfolio in line with the company’s energy transition targets.

“Israel and the UAE’s deal in August was a historic breakthrough hailed by leaders including then-US President Donald Trump as a crucial step toward forging peace in the Middle East. The UAE was the first Arab nation after Egypt and Jordan to recognise Israel. The Petroleum & Petrochemicals platform is a core pillar of Mubadala, further expanding into the sector provides the company more opportunities in other Israeli companies and building on Abu Dhabi’s rich heritage in the oil and gas sector,” he said.

The Tamar gas field is one of Israel’s primary energy sources and is able to produce 11 billion cubic meters of gas each year. That is enough to cover much of the Israeli market as well as exports to Egypt and Jordan.

The Tamar field was discovered in 2009 and is located 90km west of Haifa, offshore Israel, at an overall depth of 5,000 meters below sea level, and in waters that are 1,700 meters deep. Production began in 2013, where the Natural Gas in Tamar is extracted through five production wells.

The gas flows through two 140km pipelines to the primary and main processing facility on the Tamar Platform where most of the gas processing takes place. The Natural Gas is then transmitted from the platform through a pipeline to the onshore terminal in Ashdod, and into the Israeli market through the INGL national gas pipeline with a proportion being exported on to Jordan and Egypt.

“We are proud to have signed this MoU following the Abraham Accords Peace Agreement between Israel and the UAE. The development is not only a significant endorsement of the quality of the Tamar reservoir and the Levant basin but also a major support for the East Mediterranean Natural Gas sector,” Yossi Abu said.

He said the deal potentially marks a “strategic alignment in the Middle East, whereby natural gas becomes a source of collaboration in the region”.

Under the Gas Framework, outlined by the Government of Israel, Delek Drilling is obliged to sell all of its holdings in Tamar by the end of 2021.

“The aim was to try to complete the deal, which would require Israeli government approval, by the end of May,” Delek said in a statement.

Delek also holds a major stake in the even larger Leviathan gas field nearby and is selling its Tamar holdings to comply with government moves to open the market to more competition.