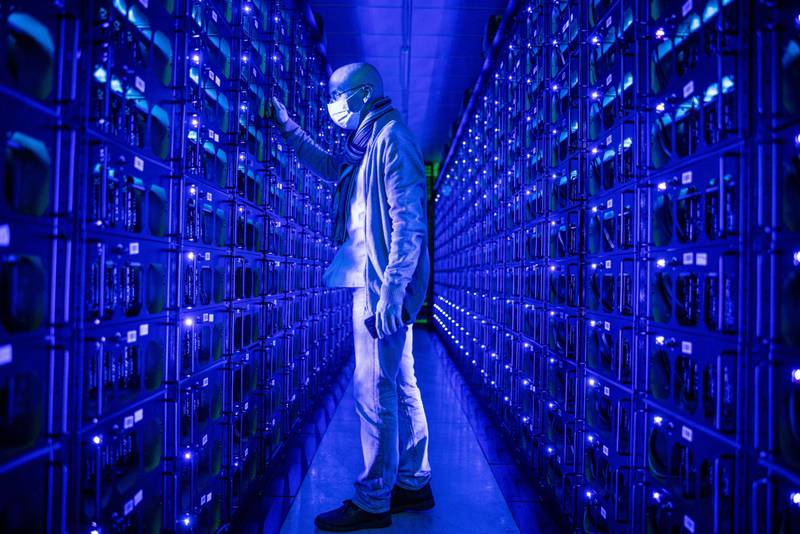 The rapidly expanding non-fungible token (NFTs) market has attracted the attention of several global industries while reeling in millions of dollars in trades. However, the cryptocurrency bulls appear to have missed, or ignored, an unintended consequence that is making ecologists and eco-activists increasingly uncomfortable: the energy consumption profile of the digital tokens.

This is because buyers need to use Ether to purchase NFTs – the native token of Ethereum’s blockchain. The virtual coin reportedly consumes about as much electricity as the entire country of Greece.

A higher demand for NFTs would lead to increased NFT transactions, each of which is an opportunity for miners to make profits – further fuelling emissions. As the argument goes, NFTs could add wings to Ethereum’s value, further incentivising highly energy-guzzling mining for profit. More intense mining correlates to more machines being used, which translates to more pollution.

NFTs are flagged as the next big thing in the burgeoning cryptocurrency investment world. These digital avatars of artworks and collectibles have spawned an industry that has been raking in millions of dollars worth of investments in a variety of NFTs and related merchandise.

On the flip side, though, concerns are mounting that an acceleration in NFT trading could be detrimental to the environment. The damage, it is feared, could be nothing to sniff at.

At a time when the world is making a concerted effort to counter climate change and promote sustainability, the greater adoption of NFTs and the corresponding increase in energy consumption of blockchain technology could undo those efforts, effectively putting the cart before the horse.

A single Ethereum transaction consumes more than 133 kilowatt hours, enough to power one US household for 4.5 days, according to the Digiconomist website. This is equivalent to the carbon footprint of about 64 kilograms of carbon dioxide (CO2).

Compared with traditional sources of consumption, this carbon footprint is equivalent to watching more than 10,500 hours of YouTube videos or more than 140,000 credit card transactions. Ethereum consumes nearly as much energy per year as all of Israel and has a carbon footprint the size of Syria, Digiconomist says.

Electricity consumption of cryptocurrencies has already outpaced that of entire countries and “the rush towards NFTs has further increased this issue”, Devesh Mamtani, an NFT expert at Century Financial in the UAE, says.

“Chinese crypto miners alone power more than 80 per cent of global cryptocurrency mining trade [and] are likely to exceed energy consumption far more than what even a developed country like Italy consumes."

The explosion in the popularity of NFTs and a widening application for the Ethereum blockchain have further exacerbated the problem.

A security mechanism known as proof of work (PoW) is a necessary part of adding new blocks to Bitcoin and Ethereum blockchains. The process involves energy-consuming mining.

Blockchains are designed to be energy-intensive, says Johannes Sedlmeir, a research assistant at the Fraunhofer Institute for Applied Information Technology in Germany.

The reason why there is “considerable energy consumption for these blockchains is that there are many nodes that all redundantly compute the same transactions”, adds Mr Sedlmeir, co-author of a report on the energy profile of blockchain technology.

“To incentivise miners spending energy and money, they are sometimes rewarded with newly created [or mined] cryptocurrency units [block reward] and transaction fees for their computations.”

The higher a virtual token’s market price, the greater the monetary incentive to participate in the computations and, therefore, higher the energy requirement, experts say. “The energy consumption of Bitcoin increased by three to four times and Ethereum by about 10 times in the last year,”Mr Sedlmeir says.

In the long run, the growth of NFTs could drive energy consumption “towards the upper bound”, he adds.

However, the prospect of wealth generation could be so strong as to drown out any concerns raised over the issue of NFT-related emissions. Environmentalists and climate change activists have been vociferously sounding alarm over the relentless rise in Earth’s temperature, sea level, destruction of flora and fauna, growing instances of extreme weather events and other signs of global warming.

Act before it is too late

Due to its nascency, the data on the ecological cost of the NFT market is scarce. Digital artist Memo Akten has created a website where he shares that the average NFT has a staggering carbon footprint.

As fast-growing as the NFT market is, there is also growing pressure from artists and green-minded collectors for transparency, for platforms to commit to lower-carbon systems and to offset emissions, says Sascha Gianella, an art adviser based in Switzerland.

“From an art world perspective, it would be great to see crypto art and NFT platforms publicly and transparently address sustainability issues and commit to subsidising the ecological footprint and donating to carbon credits,” says Ms Gianella, who is also the founder of We, The Muse, a visual artist professional support platform.

An effective way to tackle the environmental impact of NFTs is to get collectors, developers, artists, and investors involved and to explore greener alternatives to the Ethereum blockchain.

“If there were to be a way forward, it would be to create a system where the mining process can be somehow tracked back to a company that makes its energy consumption transparent,” Ms Gianella suggests.

It will get better

Many existing cryptocurrencies are based on the PoW model, the underlying process by which virtual tokens are mined. PoW isn’t energy-efficient. However, recent developments in the cryptosphere indicate that is about to change.

“One hundred years ago, people made the first car, which had very big carbon emissions,” says Viktor Prokopenya, a FinTech investor and founder of trading platform Capital.com and Currency.com.

“That did not mean we stopped creating cars – we improved the technology and [today] society has zero-emissions cars, and we are moving towards a world where all cars will be clean.”

Digital currencies, he says, are in their infancy and will continue to evolve, like any new piece of technology.

“We are moving from ‘proof of work’ to ‘proof of stake’ [PoS] technology,” says UK-based Mr Prokopenya, referring to it as the Tesla of cryptocurrency in terms of its carbon footprint.

Ethereum’s upgrade to PoS means that mining will be obsolete. Instead, the security of the network will rely on people “staking” their ether, the native cryptocurrency for the Ethereum blockchain.

“You can think of it as depositing gold into a bank as a guarantee for the issuance of paper money,” says Ilija Rolovic, chief growth officer at Enjin, a blockchain-based gaming platform that focuses on making player-owned NFTs.​

However, Century Financial's Mr Mamtani is not holding his breath for the switch to PoS.

“Ethereum’s plan to reduce its massive carbon footprint by shifting to proof-of-stake protocol has been under discussion for many years,” he says. “This may never happen as Ethereum will have to convince everyone that this is the way to go.”

A possible alternative, he suggests, would be for the developer community and miners to invest some of their rewards in the renewable assets space.

There is no denying there’s room for improvement.

Like other areas of modern technology, NFTs’ energy profile is concerning, “but this does not mean they are bad”, Mr Prokopenya says. Zero-emission technology could be a reality a few years down the road, he adds.

“The ideas are already there and this problem will disappear in five years."

The decentralised nature of the market implies that no one person or entity can be blamed for the environmental impact of NFTs. That said, the industry is more likely to come up with efficient and environmentally friendly solutions as the market grows in size, or risk attracting closer government scrutiny.

“Perhaps the biggest fear for crypto and NFT investors is any market downfall on account of an outright ban on the mining operations,” Mr Mamtani says.

“This could also be the worst-case scenario should the crypto industry turn complacent in addressing the environmental issues.”

China's recent ban on cryptocurrencies including Bitcoin is a good example of how governments can disrupt, if not stop, cryptocurrency mining.

“We’ve seen miners [in China] move their operations to other countries like Kazakhstan [and the US] in response to new regulations,” says Mr Rolovic.

He believes the NFT emissions issue will be solved through a combination of scaling, alternative consensus mechanisms, off-chain minting, clean energy mining and investing in carbon capture.

Mr Rolovic points to the Crypto Climate Accord as one mechanism to address this problem.

“By uniting companies across crypto and finance, technology, NGO and energy and climate sectors, the accord aims to create accountability among industry participants,” he says.

Current energy consumption issues are challenging, but not unsolvable. As innovators in the space continue to build real-time solutions, Mr Rolovic believes that “widespread blockchain adoption will not only accelerate, but also prove to be a powerful tool to help fight climate change”.