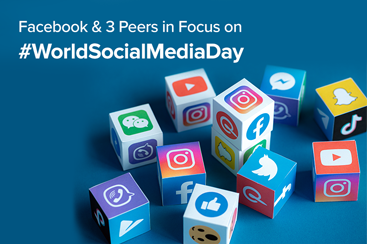 Facebook Launches Bulletin to Grow Creator Monetization, What are Other Social Media Players Up To?

Social Media Giant - Facebook (FB) is entering the subscription newsletter market with the launch of a new service, named Bulletin.

Bulletin enables writers and creative enthusiasts to publish free and paid newsletters that can be accessed on the web, sent to subscribers’ inboxes, and shared across Facebook.

The biggest takeaway is that Facebook will not charge any fee from writers “at launch,” while writers retain complete ownership of their work as well as the subscriber list.

Content creation has long been the king for any social media platform to thrive and Facebook is ensuring innovative practices to boost creator monetization with newer avenues.

The company is leaving no stone unturned to expand its total addressable market (TAM) and tap a larger pie in the thriving social media market.

These practices have been instilling investors’ optimism in the stock. This can be substantiated by the fact that the company recently hit $1 trillion dollar mark, making it to the rarefied trillionaire air.

In the earnings conference, Mark Zuckerberg, CEO, informed investors that “More than 2.7 billion people now use one or more of our apps each day, and more than 200 million businesses use our tools to reach customers.”

Facebook is well poised to capitalize on the growth prospects of ever thriving social media market. Increase in engagement for its offerings including Messenger, Instagram, and WhatsApp, are expected to bode well for the company. Further, advertising revenue volumes are anticipated to gain from ongoing transition to digital commerce.

Growth is expected to be driven by increasing penetration and accessibility of Internet worldwide, accelerated deployment of 5G, and rapid increase in uptake of smartphones and tablets, encouraging the use of social media.

As we celebrate #WorldSocialMediaDay on June 30, let us take a quick look at what other fellow pure-play social media companies, including Twitter (TWTR), Pinterest (PINS), and Snap (SNAP); are doing to tap this growing market vertical.

Twitter is expected to expand the monetized user base on the back of addition of new features and initiatives to deal with abuse issues. Increasing digital ad spending is a key catalyst. in the first quarter of 2021, Total revenue came in at $1.04 billion, up 28% year over year. Average monetizable DAU (mDAU) hit 199 million, up 20% year over year and up 7 million sequentially, backed by momentum in product improvements and conversation involving current events, globally.

Pinterest is poised to gain from increasing engagement across Gen Z Pinners. The widening user base driven by new features including Story Pins, Today and Shop tab remain notable. In first-quarter 2021, revenues grew 78% year over year to $485 million, backed by momentum in international business and improved adoption across medium and small advertisers. Monthly Active Users (MAUs) surged 30% year over year to 478 million.

The company also stated that, “The number of Pinners engaging with shopping surfaces on Pinterest grew over 200% in the 12 months ending March 31, 2021, and at the end of Q1, product searches grew more than 20x year over year.”

Snap is well-positioned to tap benefits from increasing usage of Snapchat, especially across the 13-34-year-old population. The company is striving to make it big via the rollout of Augmented Reality (AR) Lenses, and improving features in Snap Minis, Camera Kit, as well as Bitmoji for Games to bolster user engagement.

In first-quarter 2021, revenues grew 66% to $770 million year over year. Daily active users (DAU) came in at 280 million up 51 million on a year-over-year basis. The number of Snapchatters engaging daily with the company’s augmented reality Lenses surged more than 40% year over year in the first quarter.

Management is encouraged on growing clout of its new offerings. In March, alone, more than 125 million Snapchatters used Spotlight, the company’s newest platform surfacing the most entertaining Snaps across Snap community.