Inflation medicine could lead to Recession 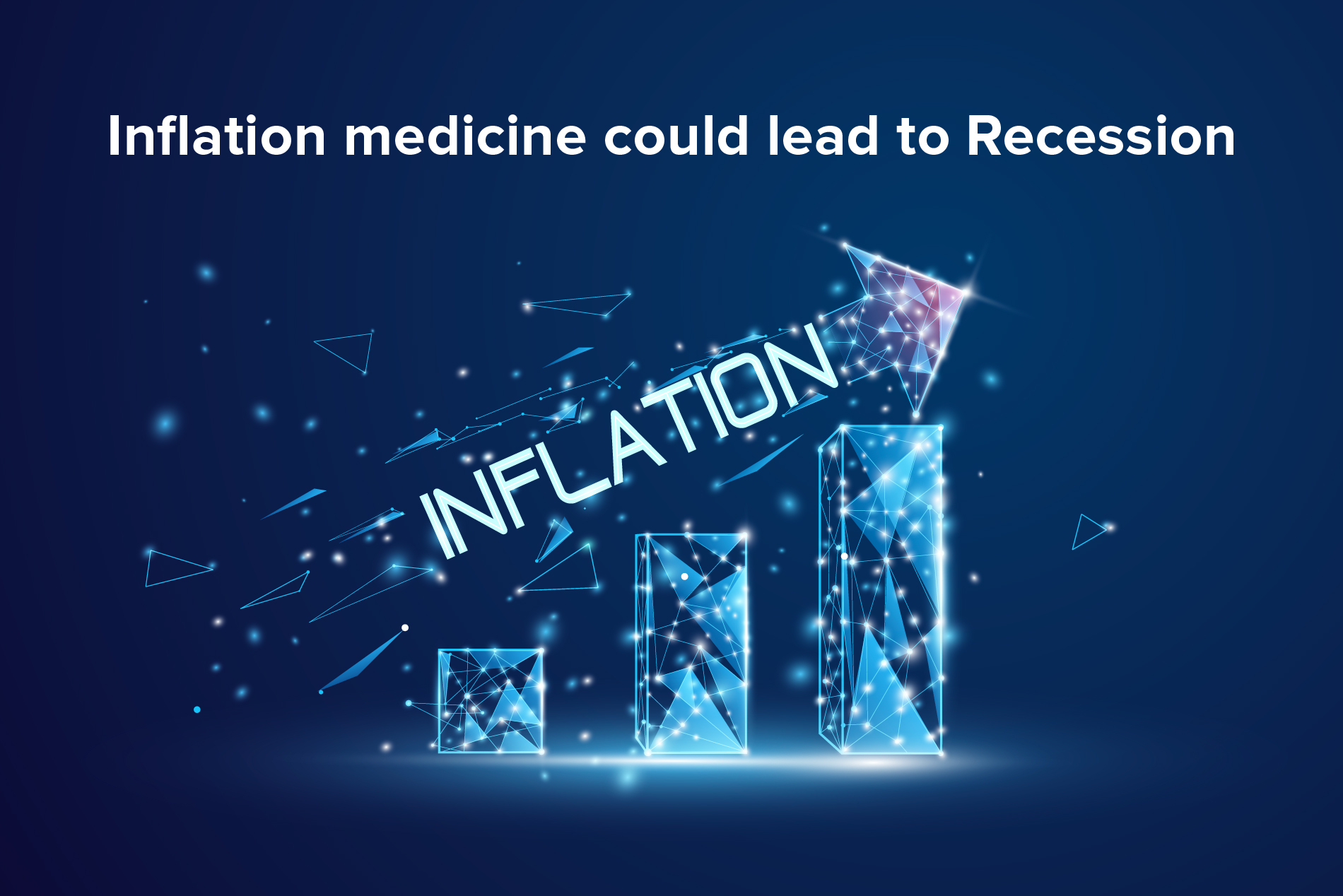 If you are someone who reads the news or tracks the market, then the two keywords popping on your screen might be decades-high inflation and a possible looming recession. So let's understand how the two terms are connected and how they will it impact the markets.

Major world economies are grappling with multiple decade-high inflation thanks to the ultra-loose monetary policy adopted by the major central banks to fight the pandemic. With loads of money pumped into the system and almost near-zero interest rates in major economies, inflation was inevitable. To top it up, supply chain bottlenecks, aggravated energy crises due to geopolitical tensions between Russia and Ukraine, and China-led covid lockdowns only added to the price pressures. The current inflation in the US, Europe and UK are 8.5%, 9.1% &10.1%, respectively. While inflation has shown signs of peaking, it is still near 4-decades high, and experts believe inflation might remain sticky and difficult to barge.

What are the Central Banks doing to bring down inflation? 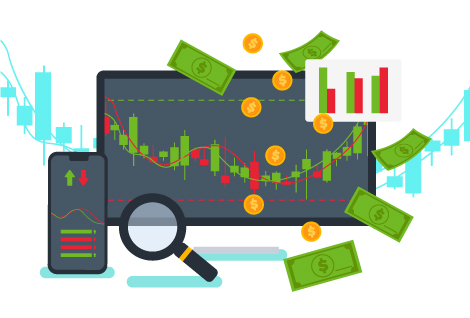 Major Central Banks have reversed their ultra-loose monetary policy and tightened their stance, with Federal Reserve increasing the interest rates by 225 basis points. Meanwhile, ECB raised the rates by 50 bps at the July meeting for the first time in 11 years. Markets expect an additional 75bps hike by the Federal Reserve and the ECB at the upcoming meets. Unfortunately, a by-product of bringing down inflation is generally a recession.

Defined as two consecutive quarters of GDP decline — after World War II there have been 13 recessions–with 3 in the 21st century (2001, 2008 and 2020). However, the official definition of a recession is a bit more involved. A recession, as defined by the National Bureau of Economic Research (NBER), is "a major fall in economic activity spread across the economy" that lasts for more than a few months, as evidenced by data on GDP, income, employment, industrial production, and sales. Most experts and economists believe another one could be on the way.

This year has been equally volatile for bond, forex and commodity traders due to the economic uncertainty. The ones in forex trading witnessed the dollar rally sharply this year from nearly $95 to $109, while those involved in crude oil trading saw crude prices rally from ~$75/barrel to as high as ~$130/barrel before retreating to near $90/barrel amid recession fears. Unfortunately, as stated above, the medicine for inflation could lead to Recession. According to NYFED Prob Index, the probability of a recession in the next 12 months has gone up from 3.7% to 17.6% but remains well below the 2020 high of +35%.

Probability of Recession in Next 12 months

How do stocks perform when the economy is faced with a recession? 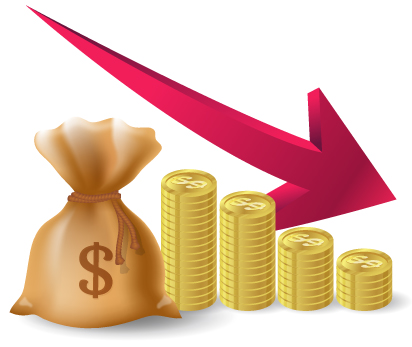 Recessions in the past have caused major market crashes, no wonder why stock market investors are nervous, causing many blue-chip stocks to correct sharply. However, stock markets and the economy might not always be in sync with one another. At times markets may be slow to react to economic data; however more often the stock market front runs the economy. The S&P 500 rose an average of 1% during all recession periods since 1945. That's because markets usually top out before the Recession starts and bottom out before it ends. In other words, the worst is typically over for stocks before it's over for the rest of the economy.

Besides, the average forward one-year, three-year, five and ten-year returns for the S&P 500 index following a recession are +14%, +30%, +57% and +149% respectively. These numbers do not even include the dividends received.

Now comes the key question- what’s next for the markets?

Is the worst over or could we witness further sell-off? Market turbulence is never simple. Even seasoned investors/traders cannot predict when stocks will bottom out. There’s a chance that the bear market could get worse before it gets better.

How should you invest in the Current Market Scenario?

Times like the present underscore key tenets of financial planning. Younger investors should set aside an emergency fund to cover at least six months of living expenses before starting or adding to their nest eggs.

In such unpredictable markets, investors would be wise to avoid risky bets (high beta stocks). Such a move is even more recommended if you cannot stomach large swings in the value of your portfolio. Investors can opt for index funds and exchange-traded funds instead of individual stocks and rebalance their portfolios. Trading indices rather than stocks can help reduce the volatility in one's account. Quality names with solid balance sheets will likely be the best bet to ride out the volatility. Defensive stocks such as consumer staples and utilities should be a part of one's stock portfolio as they tend to do well during economic slowdowns and balance the portfolio returns.

Individuals into online trading/ CFD trading should ensure they stick to a plan and follow a disciplined based trading approach. Excess leverage should be avoided in volatile markets and a stop loss should always be in place. Novice traders should consult with a financial expert before placing their bets.

Instead of lump-sum financing, investors would be wise to invest in increments, also known as dollar-cost averaging. Dollar-cost averaging can be an excellent strategy in such markets when it's difficult to call out a bottom. It's an excellent strategy for investors who want to take advantage of the dip but fear further sell-off. Whether it's once a week or once a month, investors can put in a little at a time, and they're still investing in a structured way and taking the emotion out of it.

Retirees and older investors should maintain enough cash or liquid assets to cover two to three years of living expenses. They can consider parking some of their wealth in US Treasury bonds that are currently offering over 3% returns. As recession fears grow, long-term yields would pull down, thereby showing price appreciation in the bond investment.

Last but not least, all eggs should not be invested in one basket. It's advisable to maintain a broad diversification among different financial instruments, asset classes and even sectors to mitigate the volatility. This means they should invest in a mix of cash and income-producing securities like treasury bonds rather than solely in stocks. The goal should be to achieve reasonable returns that outperform inflation while keeping volatility under control.