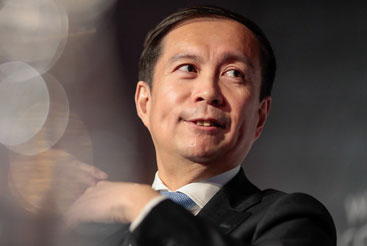 Alibaba Share Price: What to Expect in Q2 Company Earnings 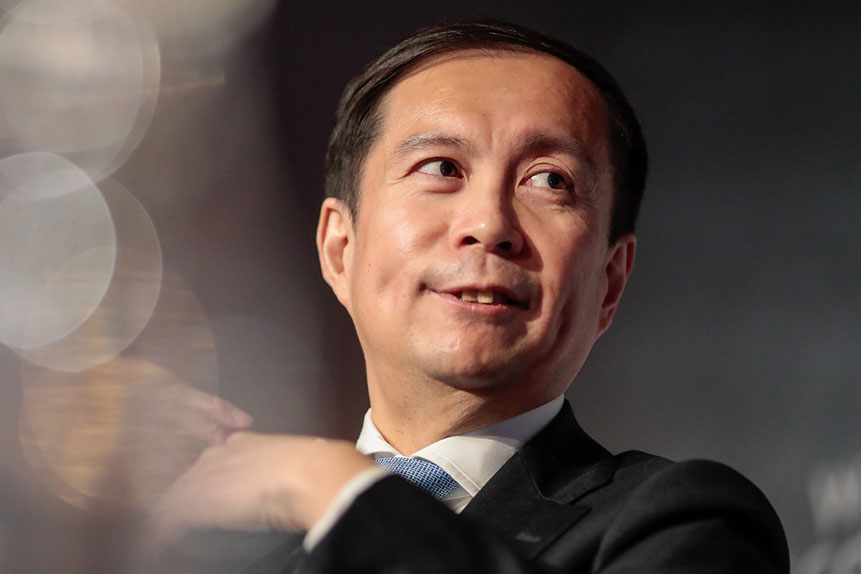 Alibaba's [BABA] share price has accelerated 16% in the past three months, with the stock smashing through all-time highs. Fuelling this are solid quarterly results and signs that there is plenty of growth potential left in the ambitious company. However, this week's earnings for the three months to 30 June could see Alibaba's share price surge even higher if the coronavirus leads to more customers buying online.

So, what should investors expect in Alibaba's Q2 earnings? 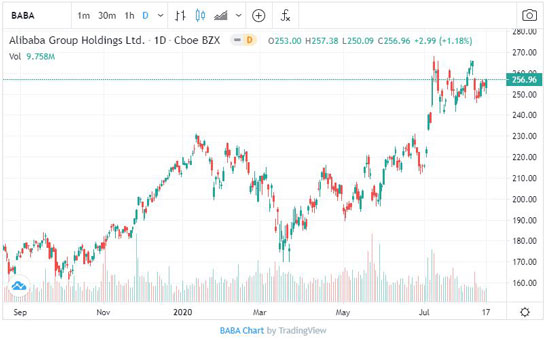 When is Alibaba reporting?

The next trillion-dollar company?

Alibaba is a huge firm, and one that's still growing. Could it be the next trillion-dollar company?

Financial journalist Aditya Raghunath thinks so, and any reason to believe this is an accurate prediction could boost Alibaba’s share price to new highs. Raghunath points to the e-commerce giant's growing revenues, rising margins and plans to serve 1 billion consumers in the next five years.

"BABA stock needs to gain 47% to touch a valuation of $1 trillion in market cap. There is a good chance Alibaba will reach this milestone before the end of 2021," Raghunath wrote on Stock News.

In Raghunath's estimation, Alibaba's forward price to earnings multiple, which sits at 28.99, makes for an “extremely attractive” valuation. Currently the company has a $677.491bn market cap. If upcoming results see Alibaba's share price surge, then the trillion-dollar mark could arrive sooner rather than later.

Earnings results this quarter have delivered evidence that the pandemic has accelerated a shift to online shopping. Amazon, which reported Q2 results at the end of July, saw net sales increase 40% to $88.9bn in the period.

Already, there have been signs that Alibaba will see the same degree of traction. In June, China's 618 shopping festival saw the company record revenues of $98.5bn in just over two weeks.

One key number to watch out for here is annual active customers. Last quarter, Alibaba had 780 million customers in China and 180 million outside the country. Annual active consumers using its domestic retail marketplaces came in at 726 million, an increase of 72 million from the same time last year.

If it continues to add customers to its platform — both domestic and international — Alibaba’s share price could well hit more ambitious growth targets.

Expectations are high for Alibaba going into the quarterly results. Analysts have an average $1.98 earnings per share target, up from the $1.77 seen in the same quarter last year. Revenue is expected to come in at $21.28bn, a 47.2% jump on the $14.45bn seen last year.

Longer-term, analysts expect revenue to jump 31.4% in the 2021 fiscal year, to come in at $95.58bn, increasing to $120.34bn in 2022. That makes any strategy updates and forward guidance key factors in assessing whether or not Alibaba is on track to hit these ambitious forecasts.

Will Alibaba beat analyst expectations? In the past four quarters, the tech giant has delivered an earnings beat. In last quarter's results, earnings per share came in at $1.31, easily topping the predicted $0.87.

Despite the strength of its business, there are headwinds to be aware of when considering Alibaba’s share price. Most notable is the continued tension between the US and Chinese governments. With a US election due in November, this could escalate, leading to potential turbulence in Alibaba's share price.

Shareholders should also keep an eye out for any news around Alibaba’s substantial cloud computing arm. According to research from Canalys, Alibaba accounts for 46% of the $13bn Chinese cloud market — well ahead of local rival Tencent and Amazon's AWS. Any sign that Alibaba has increased its dominance in the market during the pandemic would invariably add to shareholder confidence.

Alibaba carries an average $286.79 price target from the analysts covering the stock on Yahoo Finance. Hitting this would see a 12.9% upside on Alibaba’s share price as of 14 August’s close. Of the 48 analysts offering recommendations, Alibaba has 18 Strong Buy ratings and 29 Buy ratings.