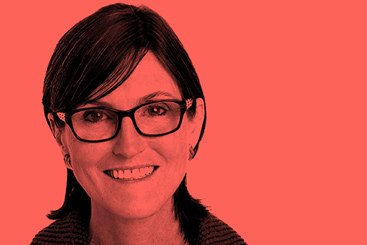 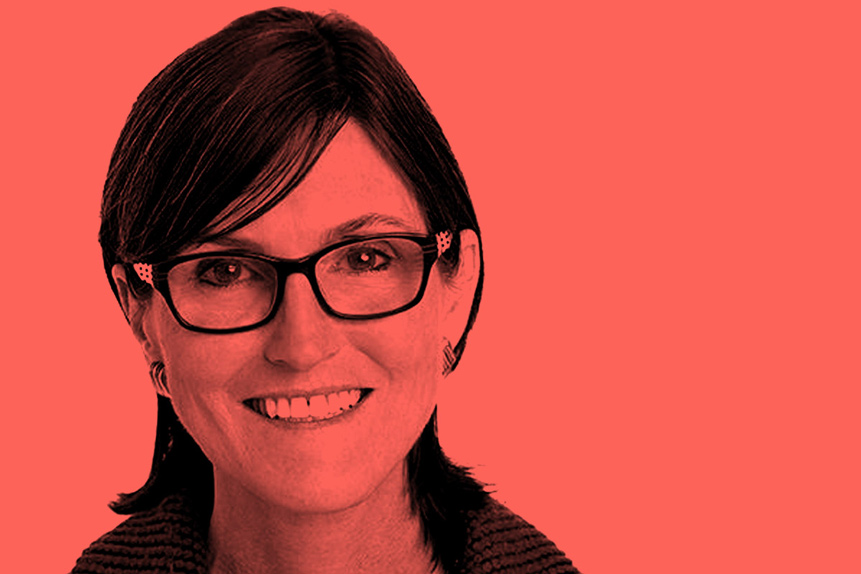 The ARK Innovation ETF [ARKK] recently pushed Catherine Wood’s Ark Investment Management into the top 10 issuers of exchange-traded funds (ETFs) worldwide, following a rapid increase in the share price of its largest holding, Tesla Inc [TSLA]. The investment firm, which runs six other ETFs besides ARKK (with a new, space-focused fund on the way), dislodged WisdomTree [WETF] in the top 10 list.

The Innovation ETF is comprised of companies in the “disruptive innovation” space, encompassing fields such as genomics, industrials, next-gen internet and fintech. Ark’s other funds specialise in specific sectors.

In displacing WisdomTree, Ark Investment Management went from a relatively minor investment firm with less than $3.5bn in assets to managing $41.5bn in ETF products. The Ark Innovation ETF makes up the bulk of Ark’s assets, worth $21.4bn at the time of Bloomberg’s 11 January report, which also states the ETF received cash inflows of almost $10bn in 2020

As of 26 January, the fund’s largest holding is Tesla, accounting for 9.76% of the fund. Tesla has driven much of the fund’s recent increase in value, with the electric vehicle company’s stock rising 21.01% year-to-date, and more than doubling in the last three months (as of 26 January’s close). Tesla closed at a record-breaking $883.09 on 26 January, having reached an intraday all-time high of $900.40. Even if the stock starts to settle, this represents a massive 691.30% increase from this time a year ago, when Tesla’s stock traded at just over $110.

Tesla is not the only stock that has driven the ARKK’s recent performance, however. Roku [ROKU] is the fund’s next largest holding at 7.21% of the fund and currently trades at $403.40, having gained 219.63% over the last year (as of 26 January’s close). Gains of 26.9% in 2021 so far suggest Roku is currently growing faster than Tesla. A strong earnings report revealing the streaming hardware service’s 14 million new users in 2020 saw Laura Martin, analyst with Needham, upgrade her price target to $400, a milestone the stock passed within days.

WisdomTree’s (relative) decline appears to be due, at least in part, to its focus on slower-growth assets. Its largest fund, the WisdomTree US Quality Dividend Growth Fund [DGRW], grew just over 10% in 2020 — underperforming the S&P 500 over the period. DGRW tracks “dividend quality growth companies” screened for “return on equity, return on assets and expected earnings growth”. It is perhaps unsurprising that the fund underperformed the markets in a year defined by upheaval, disruption and speculation, then.

Bullish opinions abound regarding ARKK’s key stocks. David R Baker, a writer for Bloomberg, reports that electric vehicles could cost the same as internal combustion engine-powered cars within five years and cheapen from there. Wood, Ark’s founder and CIO, explained in a recent note that the company expects electric vehicle sales to increase twentyfold in that time. Given increasing demand for sustainable vehicles in China, Dan Ives, analyst at Wedbush Securities, recently raised his price target for Tesla to $950, predicting the stock could reach $1,250 in a bull-case scenario.

Roku has a compelling case for continued growth as advertising looks set to increase by between 12% and 15% in 2021. Advertising generates Roku an 80% profit margin and, given the encouraging user numbers announced recently, the company already holds more appeal for advertisers in 2021 than it did in 2020.

However, the analyst community collectively doubts that ARKK can continue to grow, especially given forecasts suggesting that Tesla is overpriced (Dan Ives’ prediction aside). Median and low 12-month targets of $512.50 and $40 from CNN Money’s 34-analyst panel would see the stock losing 42% and 95.5%, respectively over the coming year. CNN Money’s polled analysts similarly expect Roku to lose money over the period, with the median target of $300 representing a fall of 25.6% from 26 January’s closing price.

With Ark displacing WisdomTree in the top 10 ETF issuers worldwide, thanks to the former’s focus on growth stocks in the turbulent conditions of 2020, a recovery from the coronavirus pandemic and return to “normal” conditions could spell bad news for the company. Nathan Geraci, president of The ETF Store, told Bloomberg that “expecting the same type of performance we saw in 2020 moving forward is unrealistic”.