AT&T’s share price: What to expect in Q3 earnings 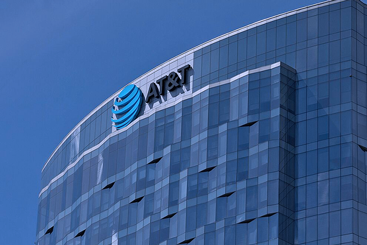 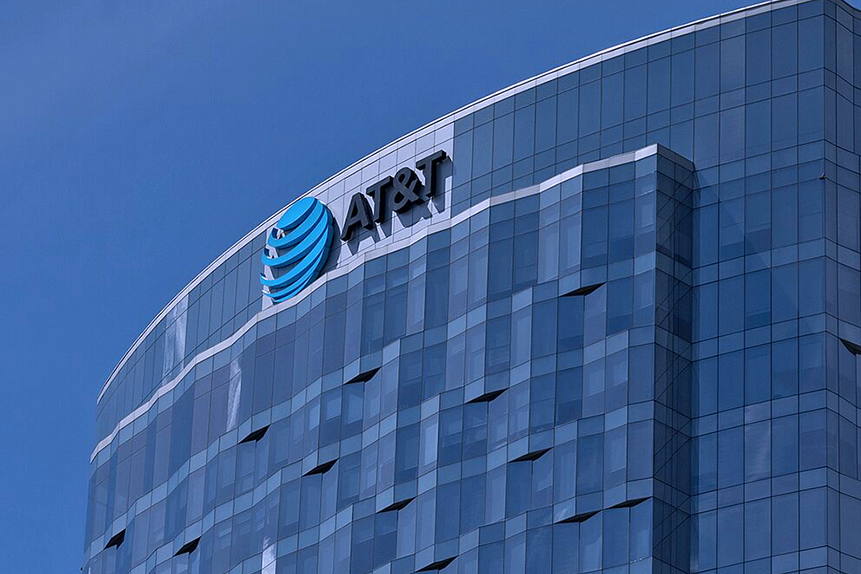 AT&T’s [T] share price is in trouble. Like most other stocks, the company saw a heavy selloff in March as the coronavirus ravaged the markets. While it mounted a subsequent recovery over the summer, AT&T’s share price has fallen over 10% since 28 August, and is now down over 30% this year. In stark contrast, rival Verizon [VZ] has gained over 13% since March, with losses of around 6% on the year.

Shareholders will be hoping that upcoming third quarter results can turn things around for AT&T’s share price. Q3 saw the company continue to expand its 5G capabilities, while income-seeking investors will be looking out for a hike in the dividend. 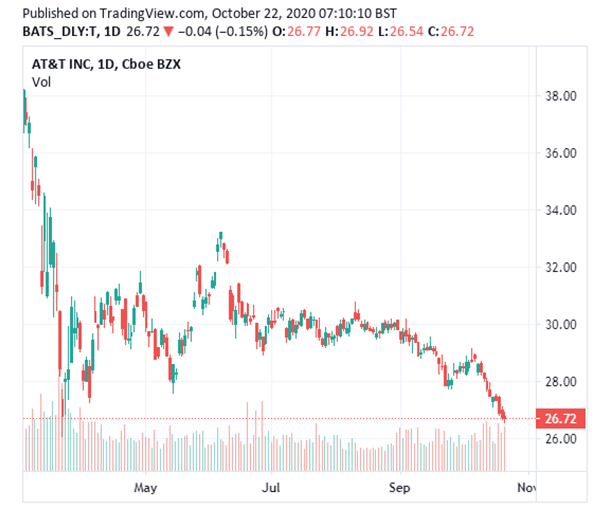 When is AT&T announcing Q3 earnings?

According to Seeking Alpha's Josh Arnold, AT&T has seen little revenue growth despite a number of expensive acquisitions. In the last quarter, revenue came in at $41bn, down on the first quarter’s $42.8bn. Arnold reckons these acquisitions have left AT&T lumbered with $8bn in annual interest payments.

"AT&T’s problem, quite simply, is that the tens of billions of dollars it has spent on acquisitions in the past several years just haven’t worked," wrote Arnold.

To improve its cash position, Zacks is reporting that AT&T will look to sell some of those expensive acquisitions. On the table is video game division Warner Bros Interactive, which it picked up for $4bn, and its stake in DirecTV satellite-television — both of which have been dragging on its core business. Any update on further plans to streamline its business could see AT&T’s share price move post-earnings.

AT&T's share price might not be a growth play given how far it has fallen, but for income seeking investors the stock carries an 8.5% forward yield. Writing on Seeking Alpha, Bad Beat suggests that a hike could see an annual $0.04 dividend hike. Whether or not that happens will depend on AT&T's free cash flow.

"Well we are looking for free cash flow that comes in at $24 billion for the year, which leads up to project the payout ratio will be 61% for the year. This is a massive improvement from years past," writes Bad Beat Investing on Seeking Alpha.

Bad Beat argues that AT&T's stock "is among the safest 7.3% dividend-yielding stocks on the entire market." Bad Beat notes that AT&T is addressing its greatest headwind — namely its large debt pile, which at last count stood at $164.27bn. Some progress was made in Q2, with the company reducing debt by $2.3bn quarter-on-quarter. Shareholders will be looking for more of the same in Q3.

Of the analysts tracking the stock on Yahoo Finance, AT&T’s share price carries an average target of $31.96. Hitting this would see a 19.4% downside on the current share price (as of 20 October's close). Analysts at Deutsche Bank are more bullish, with a Buy rating on the stock and a $37.00 price target.

Among the bears is KeyBanc analyst Brandon Nispel. In October, Nispel cut his rating on AT&T to Underweight, with a $25 price target. Describing the stock as a “value trap”, Nispel noted that the company was "secularly and competitively challenged," with "few positive catalysts" other than offloading assets.

For income seeking investors, AT&T's share price could represent a bargain for one of the best dividends in the market. Those looking for growth will take some convincing, however.