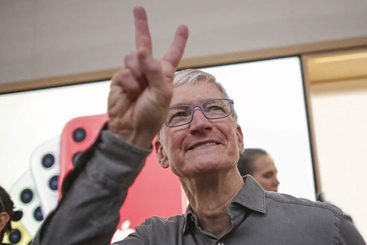 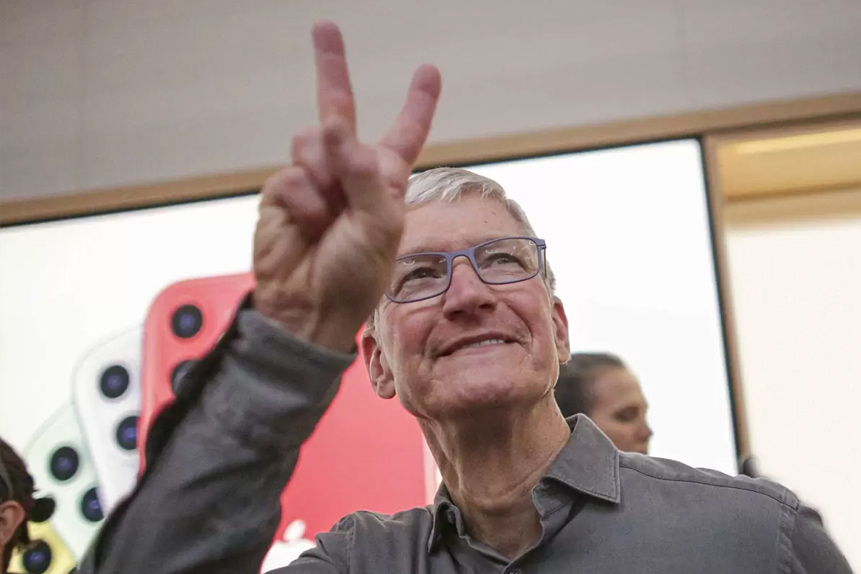 Apple’s [AAPL] share price hit $182.88 in intraday trading on Monday, briefly becoming the world’s first $3trn company. While the stock couldn’t hold onto that level - Apple’s share price closed at $177.83 giving it the tech giant a valuation of $2.99trn - it was some way to kick off the first day’s trading of 2022.

The past couple of days, however, have seen a sell-off in the stock with Apple’s share price closing Wednesday at $174.92 - perhaps unsurprising as investors look to book profits after the lofty levels seen at the start of the week.

So where next? 2021 was notable in that Apple’s share price outperformed despite concerns that without a piece of kit like 2020’s 5G iPhone, the company’s performance was muted. 2022 could well be different, with Apple set to step up its product launches. Yet there’s no guarantee that these will deliver in the same way as its mega profitable iPhone.

Apple’s share price has been one of the standout performers of the pandemic era. On August 28, Apple completed the fifth stock split in its history. At the time of the split, the stock was trading at around $500. Following the split, investors at the time received four shares for every one they held, with Apple’s share price being quartered to around $125.

Since the split, Apple’s share price has climbed over 17% as of 5 January’s close, easily outpacing both the S&P 500 and the Nasdaq. In 2021, Apple’s share price delivered for investors, returning 33.8%, even if this was behind the performance of Microsoft and Google-owner Alphabet’s [GOOGL] share price - up 50.5% and 65.6%% respectively.

Strong products and even stronger fundamentals led to Apple’s share price ripping higher in 2021. In the fourth quarter, revenue came in at $84.4bn, up 29% year-on-year but below Wall Street expectations. Net income of $20.5bn managed to beat the expected $20.2bn.

"The market is rewarding companies that have strong fundamentals and balance sheets, and the companies that are hitting these sorts of huge market caps have proven they are strong businesses and not speculation,” said Scott Wren, senior global market strategist at Wells Fargo Investment Institute.

That strength looks to have continued over the festive period. Over the quarter covering Christmas, Apple shifted 27 million pairs of its latest AirPod model, according to analyst Ming-Chi Kuo at TFI Asset Management Limited. Kuo expects Apple’s wearable tech business to see a 20% year-on-year jump for the quarter, as reported by CNBC, making it a key number to look out for when Apple next updates the market.

2022 could be a big year for Apple’s wearable business. Aside from the gangbuster sales figures for AirPods, the company could announce an Augmented Reality headset in the spring that could launch by the end of the year, according to a Bloomberg report. An updated Apple Watch is also rumoured.

“Apple’s current market value does not reflect new product category launches. This will change with the launch of the new AR/VR headset in 2022,” analysts at Citi said in December.

The other big project to look out for is Apple’s autonomous vehicle. Having somewhat stalled towards the end of last year as top talent defected to start-ups, 2022 will be ‘make or break’ for Apple’s dreams of entering the electric vehicle market, according to Bloomberg’s Mark Gurman.

In his Hyperdrive column, Gurman said that Apple’s EV project had been in the works for eight years and had gone through several top managers. Aside from “perfecting the technology, to make the project work”, Gurman believes Apple will need to hire the right people and ‘retain the talent that will make this car a reality.’

Entering the electric vehicle market will also be difficult with both the likes of Tesla [TSLA] and traditional automobile manufacturers investing heavily.

One analyst who is bullish that Apple’s expanded tech line up will deliver for investors is Morgan Stanley’s Katy Huberty who has pinned a $200 price target on the stock - a 14% upside on Wednesday’s close.

“We know that Apple is working on products to address two significantly large markets – AR/VR and Autonomous Vehicles – and as we get closer to these products becoming a reality, we believe valuation would need to reflect the optionality of these future opportunities,” Huberty said.