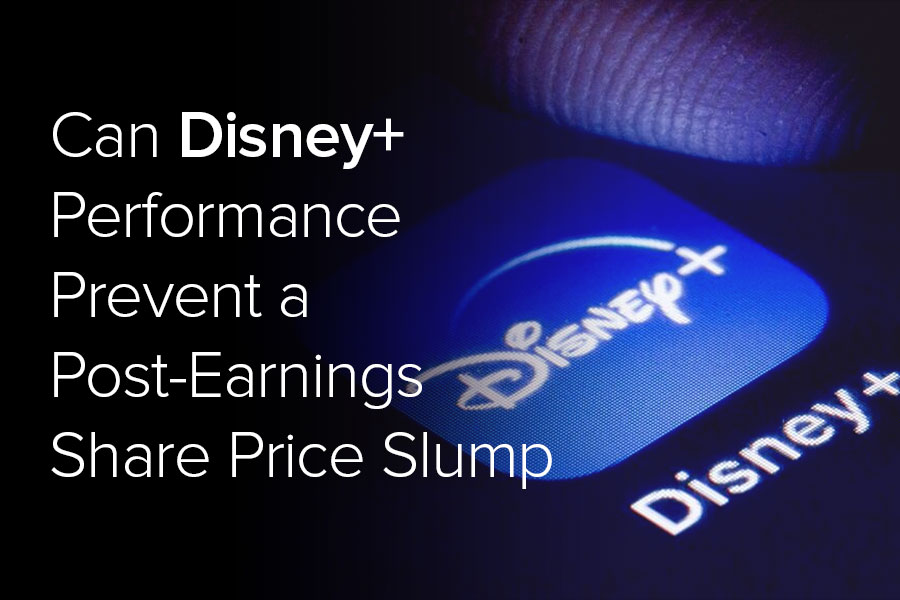 Disney’s [DIS] parks and cinemas may have been forced to close but at least it has its brand new streaming service to fall back on. When it reports Q2 results this week, will good news from Disney+ help its share price?

When Disney reports its Q2 earnings on Tuesday (5 May), it will undoubtedly discuss the impact coronavirus has had, and will continue to have, on its sales. The pandemic has already weighed down on the entertainment company’s share price, which fell 38.6% between 19 February and 23 March, where it hit a year-to-date low of $85.76. Although it has made some recovery since then, going on to rise 23% up to 1 May, many believe the pandemic’s impact will be a long-term burden for the company.

The full financial impact of the company’s parks, experiences and studio entertainment closures is unlikely to be revealed in Disney’s second-quarter report, since this set of results will only include part of March, when some of the now-shuttered divisions were still operating. Its Q3 and long-term outlooks, however, are likely to be more bleak for Disney’s share price investors.

These key segments account for around 87% of Disney’s total revenue. So can good results from its new streaming service, Disney+, prevent a widespread share price sell-off?

Some commentators have suggested that the strong performance of Disney+, which gained 50 million subscribers in less than six months, could become as big a segment as Disney’s parks or cinema experiences the future. Good news from the streaming platform in Q2 could reassure sceptics and even inspire hope among investors.

Assuming each of the 50 million subscribers is paying $6.99 a month for the service, Disney could be making up to $349m per month or $4.2bn per year from the service, Daniel B. Kline notes in the Motley Fool. 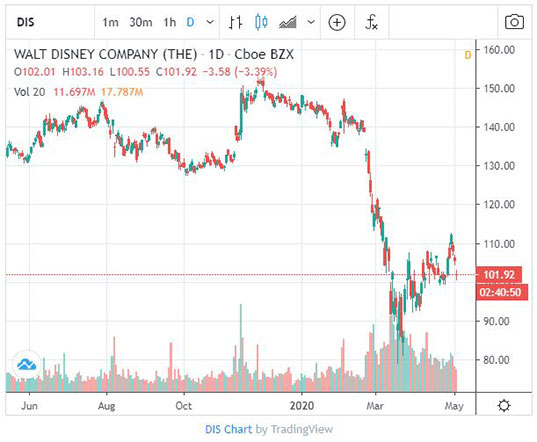 Still, it will take a while for these numbers to reach anywhere near what Disney’s most profitable segments are bringing in. In fiscal year 2019, its media networks division pulled in $24.8bn, while parks, experience and products drew in $26.2bn. It seems, at least for the coming year, that the company’s largest segments are going to be exposed to downsides from the virus and drag the company’s share price down.

Many remain sceptical that Disney will deliver the expected figures for Q2. Some go as far as to consider the entirety of 2020 a “throwaway year” for the company, as Matt McCall writes in InvestorPlace.

Zacks Equity Research says the company is expected to post quarterly earnings of $0.83 per share in Q2, which represents a year-on-year change of -48.5%. Revenues, on the other hand, are expected to be $18bn, up 20.8% from the year-ago quarter.

Alan Farley, writing in Investopedia, think even these expectations may be too high, judging from recent downgrades from firms such as Bank of America Merrill Lynch, UBS, Credit Suisse and Wells Fargo.

Furthermore, Citi analyst Jason Bazinet recently lowered his price target on the stock from $161 to $135, and cut his earnings estimates for both 2020 and 2021. Bazinet says Disney’s theme parks, hotels and retail stores are likely to remain closed until the end of September and therefore impact will be seen deep into 2021.

"On the other hand, the direct-to-consumer apps will likely see a tailwind from COVID-19. So, on the COVID-19 Impact dimension... Disney is a mixed bag. But it tilts to the downside," he added.

Disney has already announced that its key executives are to take pay cuts this year, and it has also suspended the pay of more than 100,000 employees — nearly half of its workforce and mainly cast members from its studios division — as the coronavirus lockdown continues. Last week, it also said it would furlough 43,000 Disney World employees.

The moves will save the company more than $500m a month, although its decision to protect executive bonuses while staffers are left reliant on government benefit schemes has come under fire.

Long-term, there is likely to be more significant upside. Disney is a legacy company and many expect that it will return to profitability in coming years — especially with the added power of Disney+.

Cowen recently reiterated its outperform rating on the share price, calling it a “safe haven”.

“Although Disney will see perhaps the most significant near-term earnings pressure in the group due to its Parks business, we also believe the market will treat it as a relative ‘safe haven’ asset due to its high-quality intellectual property; DIS shares have outperformed all other traditional media stocks since the market peak in mid-February,” it states.