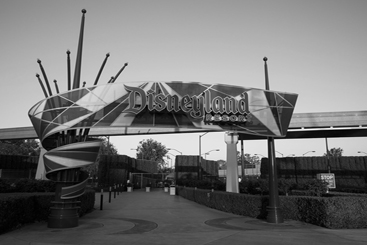 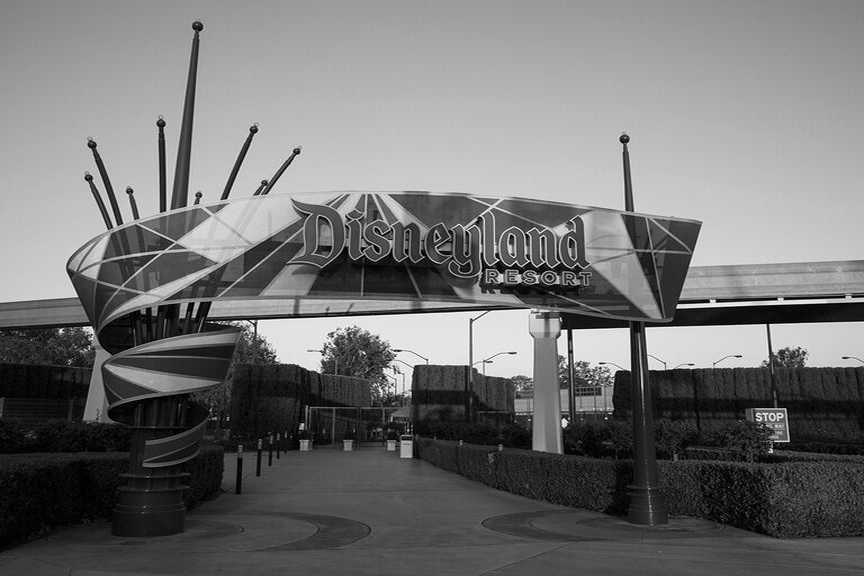 Things aren't so magical at the magic kingdom right now. Disney's [DIS] share price has slumped 15% this year as its theme parks remain either shut or partially reopened.

In 2019, Disney's Parks and Experience business accounted for over 40% of revenue but recent third-quarter 2020 numbers saw sales down 85%, notching up a very real $3.5bn loss and hitting Disney’s share price hard.

Last week, Disney announced it was laying off 28,000 theme park staff. While the layoffs apply across the US, Disney singled out California’s park more than most due to the state’s “unwillingness to lift restrictions that would allow Disneyland to reopen.” The sooner the original magic kingdom can reopen again, the better for both Disney’s share price and its business.

Why the closure is a problem for Disney’s share price

Disney had hoped to reopen the magic kingdom on 17 July, but it was delayed as the company awaited state guidance. On Friday, Disneyland's reopening was once again put on hold as California's health secretary said he would need to discuss guidelines with theme park operators.

The longer Disneyland stays shut, the greater the pressure on Disney's finances. Where Disney has reopened theme parks, it has done so at limited capacity. On last quarter's earnings call, Disney CFO Christine McCarthy said reopening Walt Disney World in Florida hadn't lived up to expectations due to a surge in coronavirus cases in the area.

Even if Disney does manage to reopen Disneyland, it could be a long time before capacity reaches pre-coronavirus levels. The recent surge in cases is unlikely to help matters, with Disney’s share price dropping 8.68% in the past month. 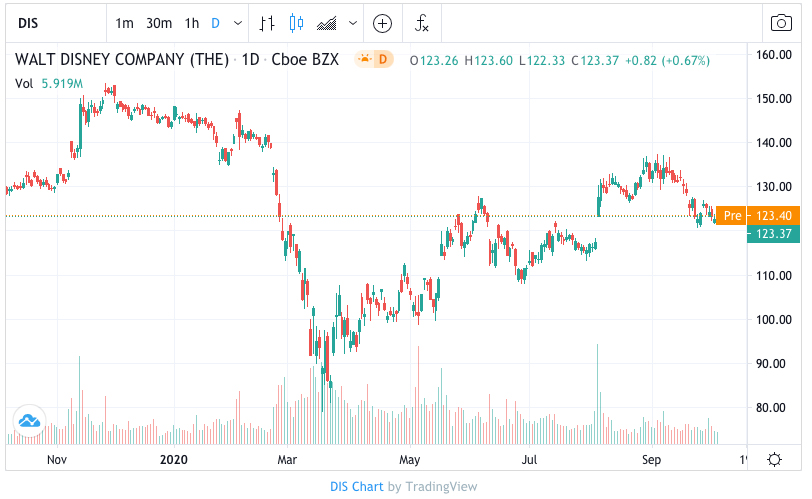 Far from a blockbusting quarter

Theme park revenue isn't the only area weighing on Disney’s share price. A reluctance from movie goers to return to the cinema has dented revenue from its blockbuster movies.

In previous years Disney had dominated cinemas thanks to owning the likes of Marvel, Star Wars and Pixar. In Q3 2019, Studio Entertainment revenue increased 33% to $3.8bn thanks to releases including Avengers Endgame and Toy Story 4. However, Q3 this year was a very different story, with revenue dropping a steep 55% to come in at $1.7bn.

Like theme parks, cinemas have either been shut or are now partially reopening. This has led Disney to delay big budget titles like Marvel's Black Widow to 2021 or release them on Disney+ instead, which is what happened with the $300m live-action Mulan and much-hyped musical Hamilton.

Offsetting some of the losses are Disney's streaming services, which now have over 100 million paid subscribers, with Disney+ making up more than half of these. In Q3 earnings, Disney's Direct-to-Consumer business saw revenue come in at $3.9bn, up 2% from the $3.87bn seen in the same quarter last year.

“Despite the ongoing challenges of the pandemic, we’ve continued to build on the incredible success of Disney+ as we grow our global direct-to-consumer businesses,” said Bob Chapek, Disney’s CEO.

With the coronavirus still prevalent, this division could become more strategically important for Disney’s share price. News of a new streaming service, which would feature content from Disney-owned studios including ABC Studios and FX, was enough to see Disney's share price rise 5% despite dire figures elsewhere in the business.

Where next for the magic kingdom?

Overall, last quarter saw earnings come in at $0.08 per share compared to the expected $0.64 loss per share, while revenue came in at $11.78bn, missing the expected $12.37bn. Disney posted a $4.72bn net loss for the quarter, as charges from its Twenty-First Century Fox acquisition also weighed on earnings.

Will things be different next quarter? That's hard to call. The continued closure of a major revenue driver like Disneyland will continue to suppress revenues, as will cinemas being shuttered. A couple more quarters of heavy losses may well see investors question the resilience of Disney’s share price.

However, right now sentiment seems to be behind the entertainment giant. If things pick back up in 2021, now could be time to buy Disney's stock at a discount, especially if Disneyland opens before the end of year.

Among the analysts tracking the stock on Yahoo Finance, Disney's share price carries a $135.70 price target. Hitting this would see a 10.7% upside on 2 October’s closing price.