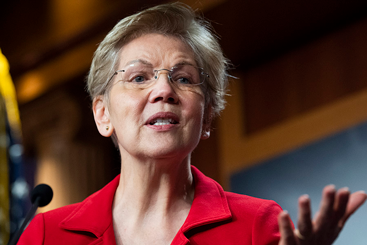 It has been an interesting week for bitcoin and cryptocurrency, with an FBI bust capturing millions in cryptocurrencies from international criminal syndicates, the Basel Committee’s new guidance for banks and US lawmakers weighing in on central bank digital currencies (CBDC) and bitcoin.

The US Federal Bureau of Investigation (FBI) and Australian Federal Police (AFP) have seized millions in cryptocurrencies, in a hugely significant, three-year global operation. The FBI and AFP developed and covertly operated an encrypted app, ANOM, in a highly elaborate “honeypot trap”. The FBI commandeered an unnamed developer’s platform, and persuaded them to introduce it to suspected criminals. The developer, who faced a prison sentence, was offered $120,000 and a lighter sentence for their role, reports the Financial Times.

The investigation involved the surveillance of 27 million messages via the encrypted messaging platform, on over 12,000 encrypted devices across 100 countries. AFP Commissioner, Reece Kershaw, said, “The FBI provided an encrypted communications platform while the AFP deployed the technical capability that helped unmask some of the biggest criminals in the world,” as reported by Coindesk.

Partnering with law enforcement in 17 countries, the “Trojan Shield” operation resulted in the arrest of 800 individuals from more than 300 criminal gangs, and the seizure of $48m in cash and cryptocurrencies, over 32 tonnes of drugs, 250 firearms and 55 luxury vehicles.

Bitcoin hit a six-day high of $38,461 on Thursday (based on Coindesk data), extending Wednesday's double-digit rally, after the Basel Committee on Banking Supervision said banks would be able to hold cryptocurrencies. The committee, which sets global banking standards, proposed that banks set aside capital to cover bitcoin exposure, with stricter capital requirements for holding bitcoin compared with stocks and bonds.

The Basel Committee recommended cryptos be divided into two groups: the first would comprise tokenised assets and stablecoins, which "with some modifications and additional guidance" would meet existing rules. Bitcoin and other cryptos would fall under a second category because they come with “additional and higher risks." The committee proposed a risk weighting of 1,250% for bitcoin and other cryptos, excluding stablecoins that are fully backed by reserves.

As cryptos start to move into the traditional financial system, regulatory bodies should be expected to set guidelines to protect savers and investors, according to Synergia Capital head of research, Denis Vinokourov, as reported by Coindesk.

Vinokourov said: "Risk is over-regulation, but equally lack of regulation will also prevent further adoption en masse. Basel's proposal to split assets into groups makes logical sense given the different volatility and risk parameters." The committee has invited responses from stakeholders by 10 September.

US lawmakers focus on bitcoin at Senate CBDC hearing

Last Wednesday’s first Senate Banking Committee hearing on central bank digital currencies was notable as much of the discussion was instead focused on bitcoin and cryptos. The subcommittee on economic policy, chaired by senator Elizabeth Warren, “presented one of the sharpest criticisms of bitcoin from US lawmakers to date”, reports Coindesk’s Nikhilesh De.

Warren believes more regulation is needed in the bitcoin and crypto space, telling Bloomberg TV that, “what’s happening right now…it’s a wild west out there." She said a CBDC “needs to be secure, stable and accepted everywhere.”

In addition to the risks, Warren also spoke about the environmental cost, saying that crypto mining draws as much energy as the whole of the Netherlands. Her view is not shared by all on the subcommittee though, with pro-bitcoin lawmaker senator Cynthia Lummis highlighting the difference between El Salvador’s recent bill to adopt the crypto as legal tender with the potential US approach.

Senator Sherrod Brown, who chairs the full Senate Banking Committee, suggested a Federal Reserve-issued CBDC could complement a proposed no-fee bank account. All four witnesses attending said a digital dollar would be beneficial for the US, and could help the country keep pace with China, which has been working on both its own blockchain-based services network and its own CBDC, the digital yuan.