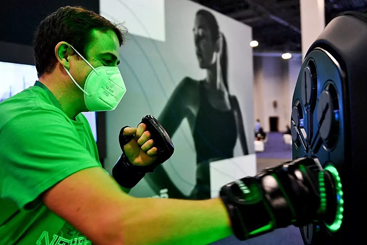 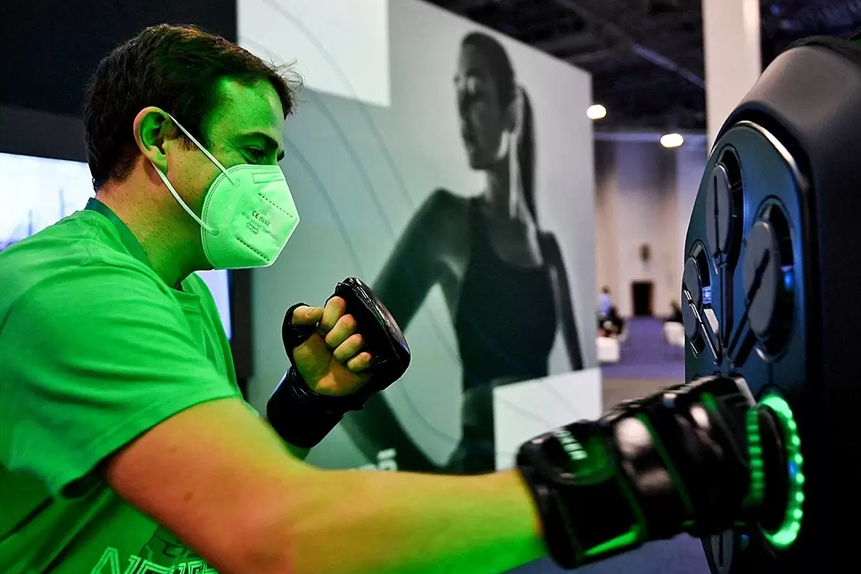 Here are five that stole the show:

The John Deere autonomous 8R Tractor is set to go on sale later this year. According to the firm, the tractor has six pairs of stereo cameras, enabling 360-degree obstacle detention and distance calculation. The images are passed through a neural network that determines whether the machine stops or keeps going. It can prepare over 325 acres of soil in 24 hours, with no driver needed.

It promises to make farmers twice as productive. Rather than trying to cope with the sheer physical toll of driving, they can instead focus their energies on other farming tasks, all the time keeping tabs on their tractors via mobile devices. Jahmy Hindman, chief technology officer at John Deere, told the CES conference: “If you visit a farm you’ll see as much technology in the field as you do in Silicon Valley.”

Korean food-tech startup Beyond Honeycomb has created an AI-driven kitchen robot that can reproduce the texture and taste of gourmet dishes by using food sensors during the cooking process. The aim is to democratise cooking so that more people can gain access to tasty food created by the world’s best chefs. “Today many commercial kitchens face labour shortages and highly skilled chefs are limited to serving at a single location at a time,” it said. “We are reshaping commercial kitchens to create a digital platform. With a digitised set of chef skills and taste data, the platform serves casual, but chef-quality daily meals, like sandwich, burger, BBQ grill and salad, at a low price.”

At CES, Japanese aero tech startup SkyDrive launched its ultra-light and compact emission free electric flying vehicle, the Model SD-03. It is designed to vertically take off and land “with superb stability”. Model SD-05 is currently under development and is eyed for use as an air taxi. SkyDrive’s chief operating officer Takehiro Sato said: “What we want to see in the future is SkyDrive’s vehicles taking off from and landing in your parking lots and helipads atop buildings, making door-to-door air travel a realistic choice of daily urban transportation.”

Masonite International [DOOR] unveiled a M-Pwr Smart Door. The exterior door has a built-in ring video doorbell, a Yale smart lock and motion-sensing LED welcome lighting. You can also use a smartphone app to check if the door is open or closed, and lock or unlock it with a single tap wherever you are. Open sesame!

Israeli company Noveto launched the N1, a smart audio device utilising its Smart Beaming technology, which sends out ultrasound silently through the air until it reaches you and your ears only. According to the company, it’s like “having invisible headphones. Standing in front of the N1 smart speaker, the sound is coming to you, magically beamed just outside of your left and right ears. The N1 is a single compact desktop device and you wear no extra hardware device, no headphones, no wires. For others next to you, the experience is magical as well, as they only hear a whisper, and you can still talk to each other without being isolated by obstructive headphones.” It sounds like a great device for listening to music in shared offices, or to late-night sport in bed while your partner sleeps beside you.