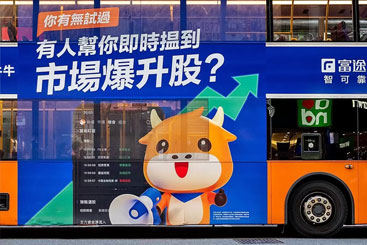 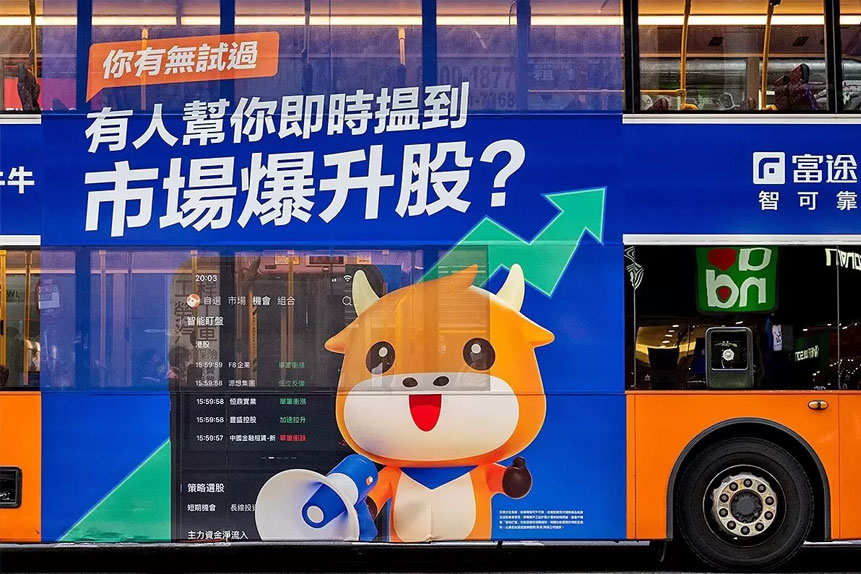 Online brokerage and wealth management platform provider Futu Holdings [FUTU] is expected to report 72% higher earnings per share at $5.42 year-on-year on the back of $1.7bn revenue when it releases its Q3 earnings on 24 November, as per the consensus estimate on CNN Money. However, the biggest worries for the Futu stock remain Chinese government regulatory crackdown.

Futu stock has crumbled 70% between the end of June and 19 November because of investors' fears that its cross-border trading business will be handicapped by regulation. Its revenue numbers in territories outside China such as Singapore will be in focus when it announces its Q3 figures.

The biggest drag on the share price has been recent comments from China’s central bank, the People’s Bank of China, which declared that cross-border online brokerages such as Futu — without a domestic brokerage license and which help Chinese consumers buy overseas stocks online — were ‘driving in China without a driver’s license’. In short, online brokerages are conducting illegal financial activities, according to the Chinese government.

Futu stock might also fall foul to the new Chinese online data privacy rules that came into effect at the start of November, given that its users provide personal data when opening their accounts.

The Chinese government could slow Futu’s growth by imposing tough data rules or even tighten capital controls and restrict Futu from opening offshore accounts for its Chinese-based clients.

If Futu were to lose all of its domestic paying Chinese users, the company’s net profit would fall by 71%, to roughly $129m next year, JPMorgan analysts estimate as reported by Reuters.

That would clearly be a blow, but it has licences elsewhere, including Singapore and Hong Kong. “Like the legendary outlaw Robin Hood, Futu is likely to elude the sheriff’s full grasp,” research analyst Robyn Mak wrote on Reuters.

Futu has already declared that it has ‘completed all the rectification work in satisfaction of the relevant opinions and regulatory requirements’ of the new data law.

The company is no stranger to creeping Chinese government regulation, given that it is backed by tech group Tencent [TCEHY] which faces similar pressures in other segments like video gaming.

The Futu share price has also been impacted by Q2 earnings. The company posted a 129.3% increase in revenue year over year to $203.1m, which was the sixth consecutive quarter it had reported triple-digit growth. However, this fell short of analysts’ expectations of $208.5m.

However, the increase in popularity for the group’s services is evident as the Chinese middle class grows and looks to save and invest their money, said an HSBC report.

The number of Futu users rose 66.8% year on year in the second quarter to 15.5 million, and the number of paying clients reached 1 million which was a whopping 230.2% increase year over year. The company’s total trading volume rose 104.3% to $169.4bn.

In addition, its wealth management business Money Plus recorded a total client asset balance of $1.77bn, up 59.2% year-over-year.

Analysts remain bullish. According to Market Screener there is a consensus ‘buy’ rating on the stock.

One of the big plusses for Futu is its heavy focus on innovation. Nearly 70% of its employees are involved in research and development, reports Bloomberg. This has led to products such as its digital first moomoo platform in Singapore.

It offers features such as a portfolio leaderboard of top investors and insights into best performing ETFs. It has been particularly popular with millennials.

Gavin Chia, managing director of subsidiary Futu Singapore told CNA: “The pursuit in tech excellence has allowed the group to build a solid foundation that’s rooted in a strong culture of fintech excellence. Due to this commitment, the company can quickly launch and upgrade products, expand the system capabilities, and replicate the business in new markets.”

On 3 November Futu revealed a $300m share repurchase programme until 31 December next year. It will be interesting to see what impact this will have on the share price going forward.

Its Q3 earnings are expected to see revenues and user numbers continue to climb. The stock has momentum, but it has a huge barrier in the way in the shape of potential regulation. Futu stock needs to find a way around it to bounce back.