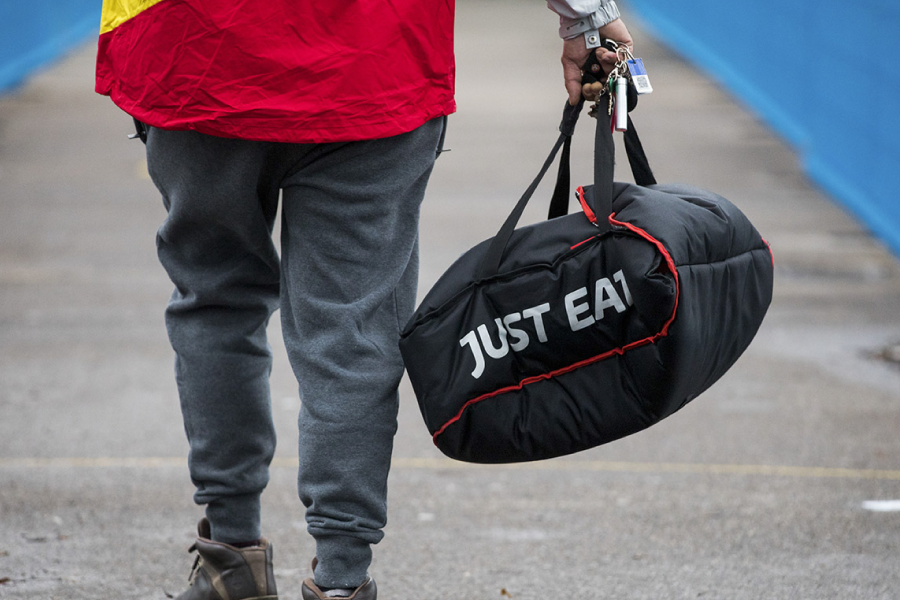 How Grubhub, Just Eat and Uber’s share prices performed amid a mega-merger

The food delivery sector has become one of the best performing areas of the market as worldwide lockdowns drive up demand, with the share prices of Grubhub, Just Eat and Uber leading the pack.

On 10 June Grubhub agreed to combine with Europe's Just Eat in an all-stock deal, snubbing talks with Uber that it had also reportedly been exploring an acquisition with Grubhub. Its shareholders received 0.6710 of Just East shares in the agreement. So, what effect will this have on Grubhub, Just Eat and Uber’s share prices, and the sector as a whole?

Food delivery is becoming a fiercely competitive sector. Grubhub holds 28% of the US market with Uber Eats close behind at 27%, according to data by Statista. Just Eat, meanwhile, is one of the leading food delivery companies in the UK.

This merger will create what The Wall Street Journal called "a trans-Atlantic food-delivery giant" in a sector that is increasingly looking to scale up to tackle competition.

The hesitation from Just Eat shareholders could be because of the regulatory issues that the merger is likely to cause. Indeed, Just Eat Takeaway.com (to use its full name) is itself the result of an $11.1bn merger between UK company Just Eat and Netherlands-based Takeaway.com.

If the merged company decided to pursue an expansion into the US aggressively, it might cause regulators to block the deal "or require significant divestitures", according to WSJ.

Whether the deal is pushed through or not, "the tie-up is unlikely to diminish the intense competition in the US meal-delivery industry”, according to WSJ.

The impact of consolidation

The food delivery boom is set to see further competition as lockdown demand eases and many believe this will force further consolidation.

"I think there will only be two big players when it comes to third-party delivery, just like in the ride-share space. It all comes down to the labour,” Matt Friedman, CEO and co-founder of Wing Zone, told Forbes.

“The driver wants to work for companies that send them the most orders. My son is delivering for DoorDash. He gets 20 DoorDash requests for every one Postmates order, so he no longer delivers for Postmates. The separation will get broader and broader, and the fourth through tenth delivery players will either go out of business or be acquired,” Freidman explained.

Many food delivery companies that are seeing a boom right now may be squeezed out. For those that are already profitable however, a competitive push could make them a curious investment, especially when demand begins to dip after lockdowns ease.

"Many investors forget that before COVID-19, these companies were not profitable. I don't know when the pandemic will finally be over. But there is a risk that when it is over, the demand for food delivery services will fall, thus crashing these two companies' business," Anna Sokolidou wrote in the Motley Fool, considering services such as those offered by Just Eat Takeaway and Ocado.

Despite some trepidation over the news of Just Eat and Grubhub's merger, UBS reiterated Just Eat's buy rating and left its $97 share price target unchanged, according to Sharecast. While UBS analyst Hubert Jeaneau did raise concerns over market competition, he recognised that the merger would help the company to expand and build scale.