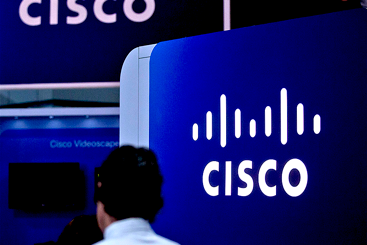 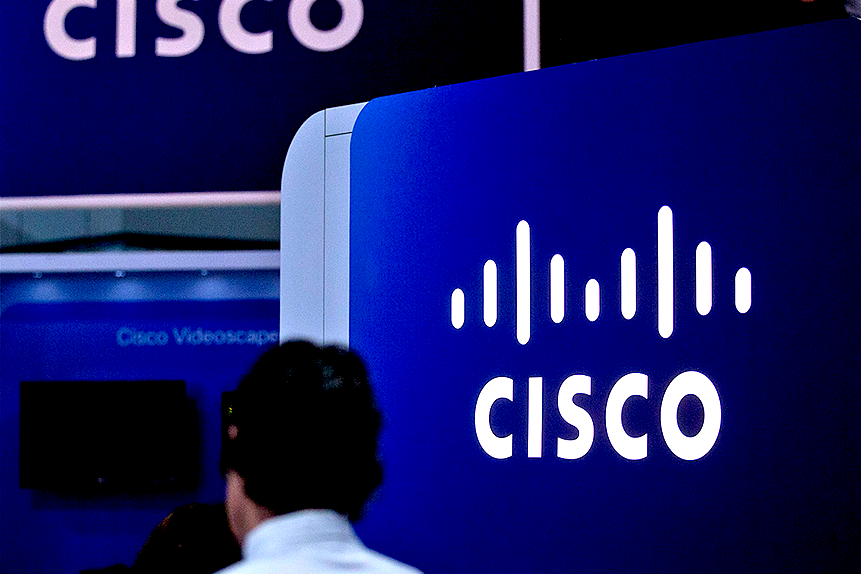 While plenty of tech companies have benefited from the pivot to remote working this year, Cisco’s [CSCO] share is far from the top of the list. Its lack of a big public cloud offering could explain why Cisco’s share price has floundered in the face of COVID-19-related tailwinds, unlike some other firms. The company is expected to announce its first quarter 2021 earnings report on 12 November, so what should investors expect from Cisco’s share price? 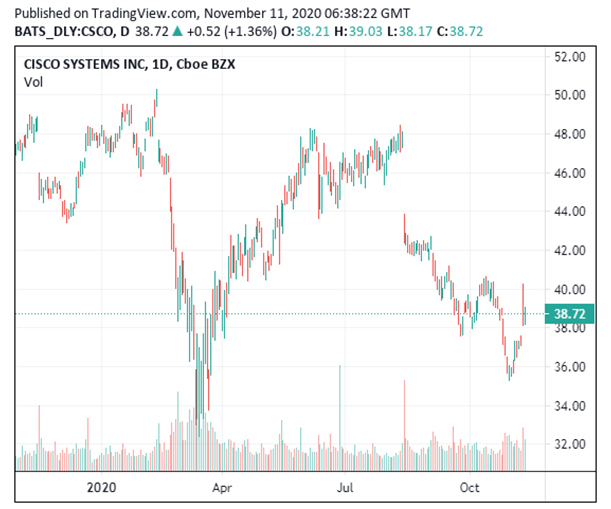 On 13 August, Cisco’s share price plunged 11.2% in reaction to its weaker-than-expected Q4 2020 earnings report the day before. Since then, the stock has been in decline and is currently trading close to its March market selloff price.

With more companies relying on cloud applications and software, Cisco’s core hardware business, which sells products including switches and routers, took a significant hit, with revenue falling 16% year-over-year to $6.63bn. Meanwhile, sales of its video conferencing software, Webex, struggled to keep up with the likes of Zoom [ZM], falling 9% year-over-year to $1.36bn.

The disappointing guidance issued during the Q4 2020 call was partly to blame for the sell-off that followed the earnings report. It has led some analysts to argue that Cisco’s share price would benefit if the company moved away from hardware to focus on software and services.

The need to shift focus

If the remote working trend continues, there will be less need for corporate and internal computer networks. Ittai Kidron, analyst with Oppenheimer, wrote in a note that “a more aggressive M&A approach is needed to address product gaps”.

Cisco has made several significant purchases in recent years. In a bid to improve its video meeting experience and possibly capture more of the video conferencing market share, Cisco recently purchased BabbleLabs, which uses AI to remove unwanted background noise in online meetings.

The completion of the acquisition was announced on the last day of Q1 2021 (30 September), but the effect this acquisition has on Webex subscriptions will not become clear until the second quarter at the earliest.

Although Cisco’s share price could be boosted by the need for cloud data centre upgrades, Credit Suisse analyst Sami Badri says there are signs of “elongated enterprise sales cycles” for data centre hardware, as reported by Barron’s.

In the near term, at least, this will affect 30% of the company’s business and a significant percentage of its profit.

Badri does not expect the company to report positive overall revenue growth until Q1 2022. He has lowered his rating for the stock from positive to neutral and cut his target for Cisco’s share price from $45 to $36.

The consensus rating among 27 analysts polled on MarketBeat was to Hold the stock. This rating was given by 16 analysts, while 11 rated the stock a Buy. The consensus 12-month price target of $46.90 would represent a 22.8% increase from Cisco’s share price as of close of trading on 9 November.