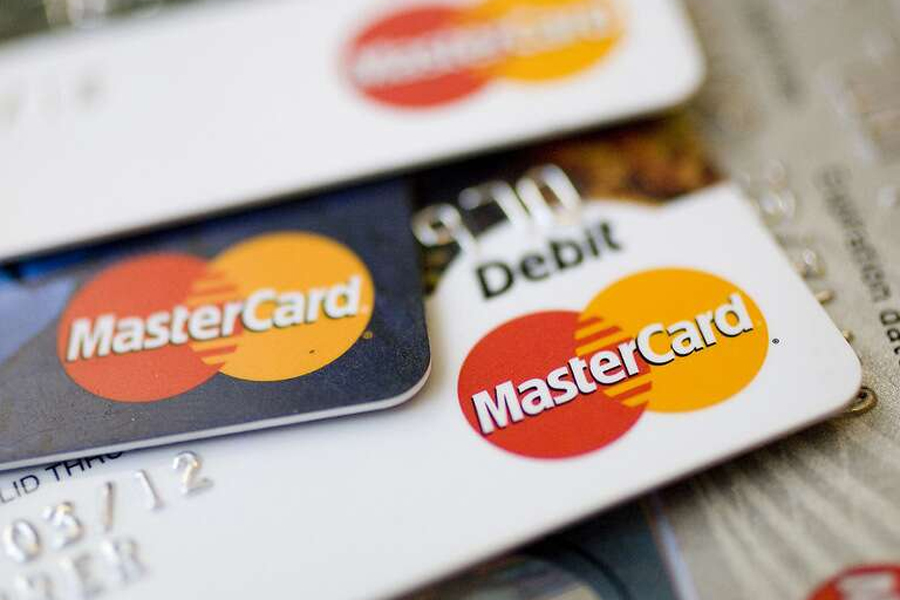 This improvement in spending levels was enough for Mastercard [MA] to report updated second-quarter results on 8 June. It’s share price dropped briefly that day, before closing up, sending its share price up 0.34% to $311.49 on 9 June.

The announcement revealed an improving trend in switched volume since the week ending 7 May, driven by the relaxation of social distancing measures and impact of US fiscal stimulus.

As it stands, the pandemic has been a catalyst for many underlying trends, particularly the move to a cashless society and the e-commerce boom. Investors will be keen to see if this will these continue to strengthen and improve in the coming months and, in turn, support Mastercard’s share price. 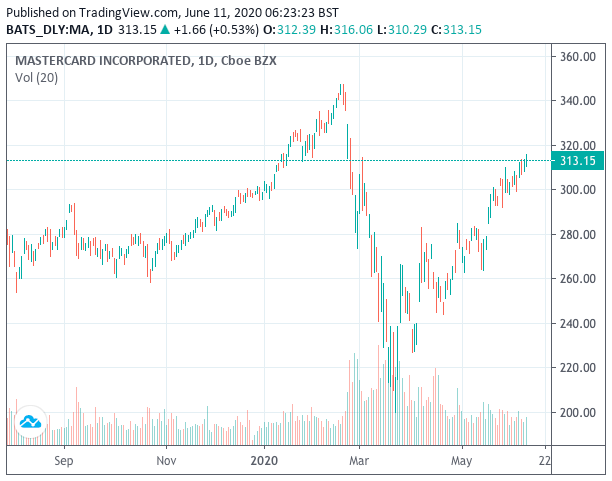 Despite economic concerns stemming from the fallout of the pandemic, online transactions remain strong and the trend towards cashless has increased as a result.

For the weeks ended 21 and 28 May, Mastercard’s switched volume transactions declined just 7%. This was a significant improvement compared to the start of the month in which they fell 12% in the week ending 7 May, and in April in which they declined 20% throughout the month.

In its update, Mastercard stated that it had seen “healthy” growth in card-not-present (CNP) rates — where transactions are made remotely. It also reported “a greater improvement in card-present growth rates in particular, including in discretionary categories such as clothing, gas, home improvement, restaurants and domestic travel.”

The company highlighted “positive year-over-year growth rates in some markets that have opened up, including countries such as Italy, Poland and Australia”. However, CFO Sachin Mehra does recognise that there will be varying degrees of growth at any given point in time across numerous countries over the next few months.

At a recent William Blair Growth Stock Conference, Mehra said that different regions and sectors, “likely move back and forth between phases, depending on how things are phased out from a public health standpoint”.

This is likely being helped by the optimism for a return in travel demand as market participants look to stocks that are expected to benefit from the reopening of global economies.

A recent survey of US shoppers by investment bank Stifel found that spending intentions have improved to levels seen back in early March, despite still being below pre-pandemic levels from February, according to Barron’s.

“Notably, e-commerce adoption accelerated despite a sequential increase in in-store shopping, with 60% of consumers reported shopping in-store less often compared to 65% in the week prior, consistent with gradual reopening,” Mark Astrachan, analyst at Stifel, told the publication.

The improving strength in spending levels will be a major tailwind for Mastercard’s business. However, it will be slow.

The company expects to experience the transition in phases, Mehra suggested. Currently, economies are in a stabilisation phase, which is characterised by low spending. The road back to normalisation — wherein governments begin to relax travel restrictions and it becomes safer for citizens to return to normality — will be gradual, during which time spending is predicted to be sporadic.

For Wedbush analyst Moshe Katri, the company’s improving financial metrics is a good sign. Katri raised his price target on the stock from $300 to $330 in earlier this month, according to Smarter Analyst, but maintained his buy rating.

According to the publication, Katri believes that “gradual improvements in card metrics trends as well as in travel spending will help further expand forward P/E multiples from COVID-19's lows, getting closer to pre-COVID-19 levels”.