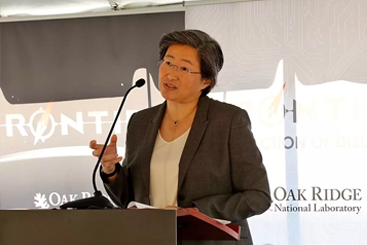 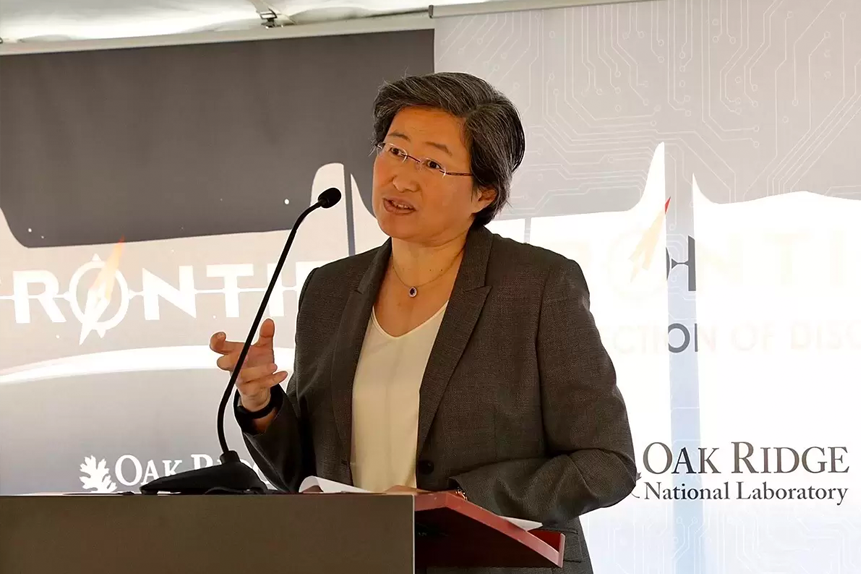 Chipmaker AMD [AMD] is expected to report a 46% year on year jump in revenue in line with its guidance when it details third-quarter results on Tuesday. The chip crunch rattling the semiconductor, electronics and automotive industries, has also meant a struggle for AMD to keep pace with demand that outstripped supply.

In a bid to mitigate the impact of the chip shortage, “We're focusing on the most strategic segments of the PC market,” said AMD CEO Lisa Su while detailing second-quarter earnings in July.

Dean McCarron of Mercury Research, which tracks semiconductor market share, told Reuters that AMD appears to be doubling down on its more expensive, high-end chips, “leaving the lower end of the market to Intel [INTC]”.

The lower end of the market has generally been AMD’s territory and bigger money-earner. In the three months to the end of June, the computing and graphics segment accounted for 58% of total revenue, while the enterprise segment, which includes cloud, data centres, and high-performance computing (HPC), made up the rest. This is in contrast to Q2 2020, where companies slashing IT budgets as the COVID-19 pandemic took hold was partly to blame for why the enterprise segment brought in just 30% of AMD’s total revenue.

As businesses and offices have started to reopen, enterprise IT spend has bounced back. Su said on the Q2 2021 earnings call that AMD will gather momentum in the enterprise segment in the second half of the fiscal year.

“We are very focused on the multi-quarter, multi-year progress with the server in the data centre business, and we are excited with the momentum around our server business,” Su added.

AMD’s shift in strategy to prioritise high-end chips was to help profitability. Operating income from the segment soared 1,100% year over year from $33m to $398m, while the comparative for the computing and graphics segment was up 163% from Q2 2020.

On the Q2 2021 earnings call, AMD issued guidance of $4.1bn revenue for the third quarter, which would be a 46% increase from Q3 2020. Sales of data centre and gaming chips should be stronger sequentially, it noted.

According to Zacks, analysts’ estimates are in line with AMD’s guidance. The consensus is $4.12bn, up just over 47% from the year-ago-quarter. Analysts have forecast full-year revenue will increase 60.43% to $15.66bn.

Strong recent numbers have given the AMD share price a lift. The stock hit an all-time high of $122.49 on 4 August and closed on 22 October a few percentage points lower at $119.82. Investors seem confident that AMD can continue to weather the chip crunch, which should see the AMD share price push on to a new record post-Q3 2021 earnings report.

Even BMO Capital Markets analyst Ambrish Srivastava, who was previously unconvinced by the stock, has been surprised by AMD’s performance. In January, Srivastava downgraded it to ‘underperform’, but raised it in August to ‘market perform’. BMO Capital’s target for the AMD share price ranges from $80 to $110, although even the upper end implies a downside of 8.2% from the 22 October closing price.

There will be “continued upward bias” ahead, Srivastava said in a note reported by MarketWatch, “especially as AMD starts to ramp designs it has already won on the data centre side, from the HPC to enterprise”.