What do Bill Ackman, Ray Dalio and Paul Tudor Jones predict for 2021? 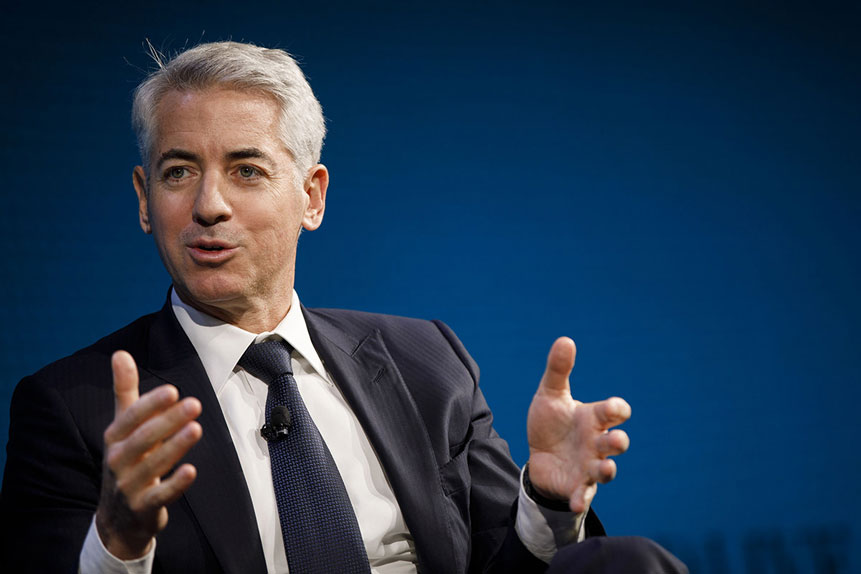 Most analysts and investors agree the markets will pick up as inoculations make it possible for life to return to normal, but many believe this is unlikely to happen before the second half of the year.

Ackman, CEO of Pershing Square Capital Management, goes so far as to suggest major companies could see their share prices rise higher than before the virus hit, because they could have an even bigger market share.

The man once dubbed “Baby Buffett”, after legendary investor Warren Buffett, believes the virus will continue to be “a fright and a disaster” for the first three or four months of the year. Then, with the accelerating distribution of COVID-19 vaccines and the release of pent-up “animal spirits”, Ackman suggests businesses and their consumers will be raring to travel and spend as we head into summer and beyond.

“I think you're going to see a fairly rapid recovery beginning sometime late Q2, Q3, Q4, low interest-rate environment, a tonne of savings to be deployed,” Ackman told website Interactive Investor. “It could be pretty favourable.”

All of which, added Ackman, is even better news for well-capitalised major organisations where the pandemic has driven many of their smaller competitors out of business.

“Starbucks is a significant holding [of ours],” he said. “Think about how many fewer coffee shops they're going to be competing against.”

Ackman is not alone in his longer-term positivity. Jason Donville, CEO at Toronto-based Donville Kent Asset Management agreed that vaccines plus pent-up demand would lead to a period of “super-growth” in the early summer.

Tudor Investment Corporation CEO Paul Tudor Jones predicts an “absolute supersonic boom” in Q2 and Q3. “It’s like the horse at the beginning of a race,” he said. “[His four kids] are so ready to get to see their friends, get to restaurants, to vacation… just ready to get out and go crazy, like I think everyone else in the world.”

As a result, Jones believes retail stocks will come good in the second half of 2021, while a continued combination of financial stimulus, low-interest rates and the vaccine shot will boost shares across the board.

"I think the stock market's on a combination of fiscal monetary pulse that we've never seen before in history,” he told Yahoo Finance. “Nothing like this."

Ray Dalio’s Bridgewater Associates endured an even worse 2020 than many of its rivals after admitting it kept missing opportunities to reposition. Dalio doesn’t doubt the economy – particularly the US economy – will recover, but warns of the longer-term fall-out for companies of reduced productivity.

“I think the economy will be pretty good [in 2021], economies go up and down and rebounds happen,” he told CNN. “But an evolution is taking place.”

Dalio, a volubly keen student of centuries of economic history, said longer-term recovery from the COVID-19 crisis is more likely to be impacted by an imperfect storm of the US’s worsening inequality, political polarisation and mounting debt, all of which he says are at extreme levels not seen since just before the Great Depression.

The evolution, Dalio says, is that of “three big forces underway”. The first force he points to covers gaps in wealth, value and politics. The second is “the production of debt and money by central banks, the hitting of zero interest rates, the need to produce a lot of debt and with that debt the central banks printing money and buying that debt — that has not happened to this degree since the thirties, and is a big thing,” he says. The third and final force in Dalio’s analysis is the rise of China as a new world power.

Dalio gave his views just before Christmas in a CNN interview with Poppy Harlow. “I don’t think there is a plan for dealing with productivity,” he said.

“If we don’t have broad productivity and employment, we’re going to have a continuation of the worsening, greater polarity. And that will be a problem. Large wealth gaps with large values gaps at the same time there’s a lot of debt and an economic downturn produces conflict and vulnerability which will be with us unless the economy is good for most people, and most people can be productive and benefit.”

But as long as the vaccine and the recovery does come, and when – or if – people start returning to work in large numbers, some experts expect certain stocks to rally, including energy, retail, and even ailing financials.

“Managers are easing the short bias toward financials because we are entering a recovery,” says Philippe Ferreira, chief strategist at Paris-based Lyxor Asset Management. “On the macro side, managers say that with rates so low, they are diversifying fixed income with inflation and especially on the US side and gold.”