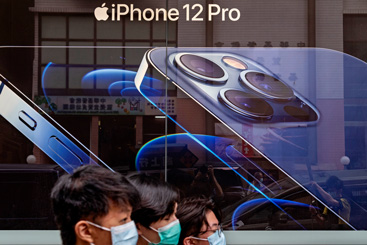 What does a blowout Q4 mean for Apple’s share price and Big Tech? 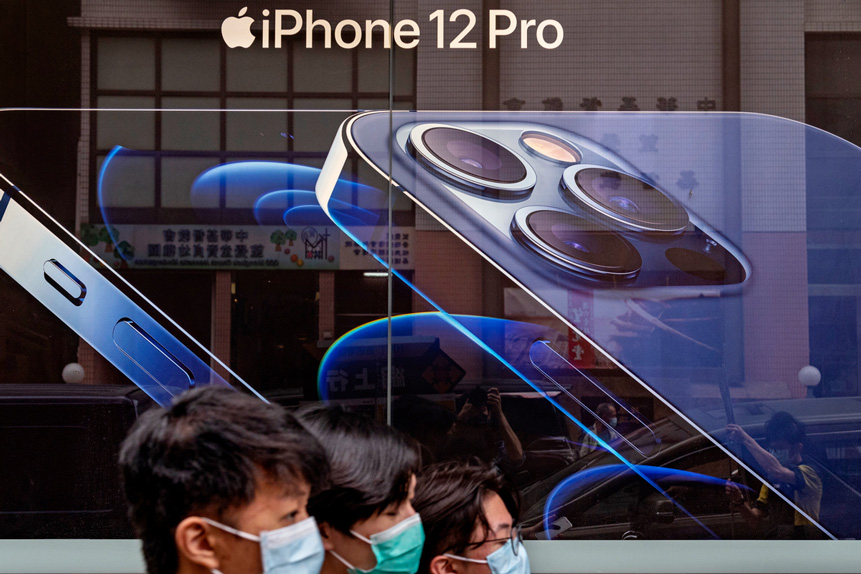 Apple [AAPL] enjoyed record revenues in Q4, largely because of increased demand in China. Sales in the region surged 57% to $21.3bn, with the outsized performance triggered by pent-up demand for the 5G iPhone.

“China was strong across the board,” Apple CEO Tim Cook said during the earnings.

In the blowout quarter, Apple delivered $111.4bn in revenue — a record-breaking amount for the company. Sales for every single product category rose by double-digit percentages. 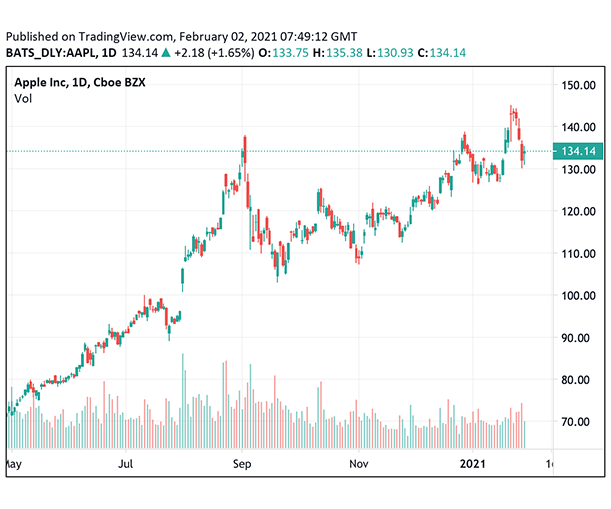 Earnings per share came in at $1.68, easily topping Wall Street's estimated $1.41. Services revenue was up 24% to come in at $15.76bn, more than validating Cook's subscription-focused strategy.

iPhone sales grew 17% compared to last year, accounting for 59% of Apple's total revenue. Paradoxically, iPhone sales were also Apple's slowest growing segment, hindered by supply constraints and a delayed 5G launch. That didn't stop it shipping the most handsets of any supplier in history, with Francisco Jeronimo at IDC estimating 90.1 million iPhones shipped in the quarter, according to the Financial Times.

Apple has clearly benefited from the pandemic driving up computer and peripheral sales. One head-turning stat to come out of the earnings is that Apple now has an active install base across its products of 1.65 billion. That points to a staggering number of households using more than one Apple product or service.

“We couldn’t be happier with the December quarter and we couldn’t be more optimistic about the future,” Luca Maestri, Apple’s CFO, told the Financial Times.

More blockbuster quarters from not only Apple and other big tech companies like Microsoft [MSFT] and Amazon [AMZN] could be on the way, with the coronavirus pandemic accelerating and consolidating the shift to online.

Big Tech was the fourth largest mover on our own thematic ETF screener last week. The screener shows an investment theme's performance based on the largest ETFs in that space. In big tech's case, the ETFs tracked include the Invesco QQQ [QQQ], which tracks the tech-heavy NASDAQ 100.

In 2020, the QQQ gained 48.63%, reflecting the underlying Nasdaq's strong performance. Apple was its top holding, with a 12.7% weighting. Second place was Microsoft, making up just over 9% of the fund. Like Apple, Microsoft's share price had a stellar 2020 as the pandemic saw increased demand for its products. Microsoft’s share price could well see the gains continue in 2021, with Citi analyst Walter Pritchard pinning a $272 target on the stock — an 17.26% upside on the current price (as of 29 January’s close).

Amazon came in just behind Microsoft, accounting for 8.88% of the fund. The online retail giant arguable became a utility for many people in 2020, with millions shopping almost exclusively online due to lockdowns.

Amazon's share price was one of the standout performers last year, gaining 73.71%, and currently has a $3,831.77 price target among the analysts tracking it on Yahoo Finance. In the fourth quarter, the company delivered earnings per share of $12.37, easily topping Wall Street’s forecasted $7.41.

Despite Apple's share price slipping post-earnings, there's plenty of optimism around the stock on Wall Street right now. On Yahoo Finance, Apple has an average $149.29 12-month price target, which would see a 13.1% upside if hit.

Among the bulls is Raymond James analyst Chris Caso who upped his price target from $140 to $150 ahead of the earnings. The analyst believes that 5G will be a "two-year cycle" — boding well for future iPhone sales.

Needham analyst Laura Martin is even more bullish, upping her price target on Apple from $140 to $170 last week — a 28.8% upside (as of 29 January’s close). According to Martin, Apple’s ecosystem and devices per home should reduce churn and increase lifetime value per user.