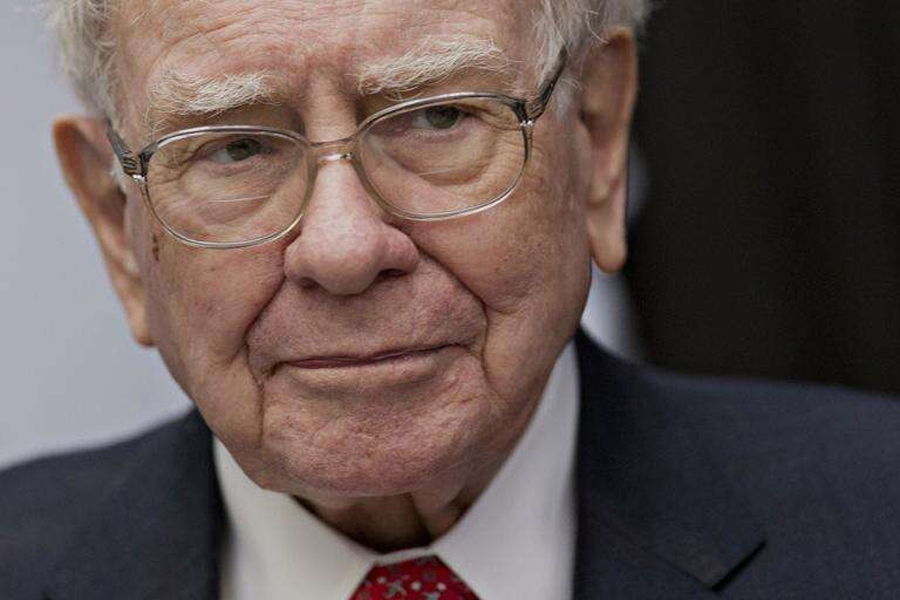 Airline stocks might be all the rage right now, but spare a thought for Warren Buffett. At the start of May, he dumped Berkshire Hathaway's [BRK] entire holding of airline stocks. This included an 11% stake in Delta Air Lines and 10% of American Airlines.

Buffett said at the time that “[Berkshire Hathaway] made that decision in terms of the airline business. We took money out of the business basically even at a substantial loss. We will not fund a company … where we think that it is going to chew up money in the future.”

Time might prove Warren Buffett right, but since that statement in early May, Delta's [DAL] share price is up 49% and American Airlines [AAL] is up 74%. The hitherto unknown US Global JETS ETF surpassed the $1bn mark in May, rising from just $33m in assets in early March. And in the past five days, the S&P 500 Airlines index has climbed over 30%.

Given how far the stocks fell, the turnaround is remarkable. But a rebound in demand and summer schedules have beaten the previously dire expectations. Even President Trump had a dig at Buffett at a White House Press conference on 5 June:

“He’s been right his whole life, but sometimes even somebody like Warren Buffett - I have a lot of respect for him - they make mistakes. They should have kept airline stocks, because the airline stocks went through the roof today and others did too.”

So was Warren Buffett wrong or right? The legendary investor is famous for saying ‘be greedy when others are fearful.’ So dumping airline stocks is somewhat uncharacteristic. But it's worth noting that the current market is being driven by a fear of missing out mentality that doesn't necessarily correlate with dire economic data.

The coronavirus is still out there, airlines are operating reduced schedules, and there is a danger that a second-wave could hit in the winter. Freeing up cash by selling airline stakes, even at a loss, gives Buffett the opportunity to target another opportunity or strengthen an existing position.

What could Warren Buffett's next move be?

Warren Buffett's investment strategy focuses on good, well-managed quality companies. For investors looking for clues on where Buffett goes next, the answer could lie in Berkshire’s current portfolio.

One stock that Buffett has stuck with is Apple [AAPL]. Despite wobbling in March, Apple's share price seems immune from the coronavirus pandemic. In the past few days, it has been hitting all-time highs and some analysts have upped their price targets, including Steven Fiorillo writing on Seeking Alpha who has a $400 target on the stock.

Berkshire is also likely to benefit from the rotation into cyclical stocks that markets are seeing. This will help its deep portfolio of US banking stocks. Among these are JP Morgan [JPM], which is up around 35% since 23 March when the S&P 500 started its current rally. Berkshire holding Bank of New York Mellon Corp [BK] is up 45%, while Mastercard [MA] is up 46%. The conglomerate also owns an 18% stake in American Express [AXP], which is up a huge 53% in the same period. Buffett is on record as saying bank stocks are among his favourite.

“I feel very good about the banks we own. They’re very attractive compared to most other securities I see,” Buffett told CNBC’s Becky Quick in February.

Outside of banking stocks, Berkshire's 5.2% stake in General Motors [GM] continues to be a good move. General Motors share price has rebounded 74% since late March. 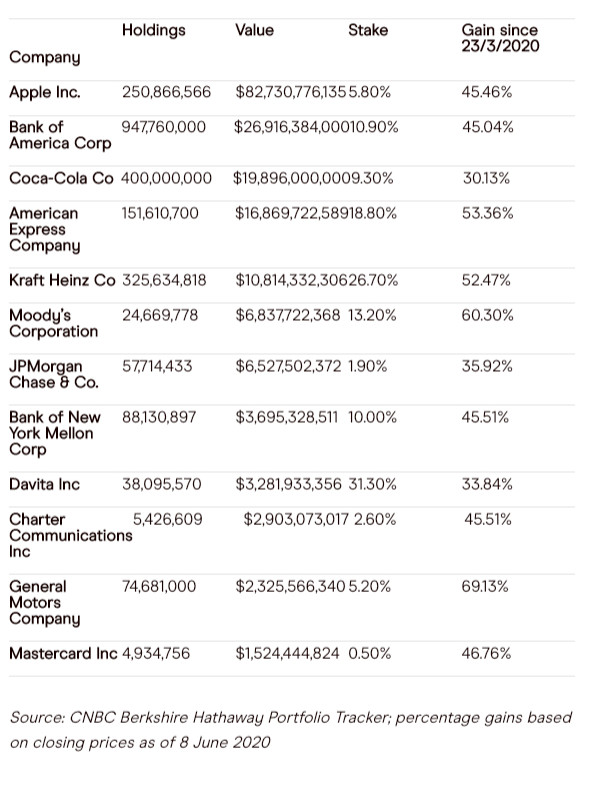 While Warren Buffett may have trimmed his position in some banking positions, the fundamentals of his trading strategy remain the same. In these uncertain times, that's a philosophy traders should remember.