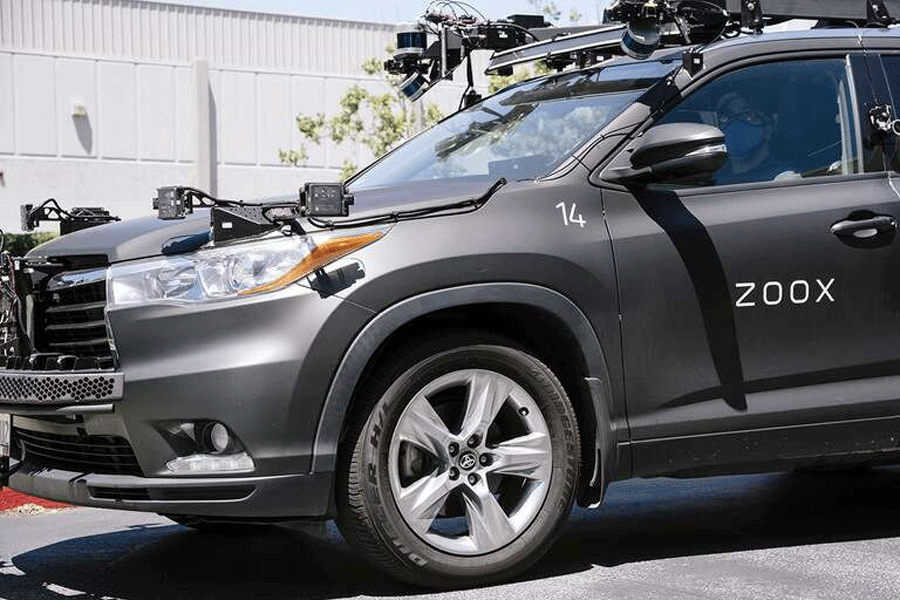 Despite news that Amazon [AMZN] was in talks to buy self-driving car startup Zoox at the end of May, its share price hardly moved.

The sudden uptick in share price could be linked to the idea that moving into the autonomous vehicle space would optimise the company’s logistics and speed up package delivery — a need brought into sharper focus by the coronavirus pandemic, which spurred on a sales boom in e-commerce. 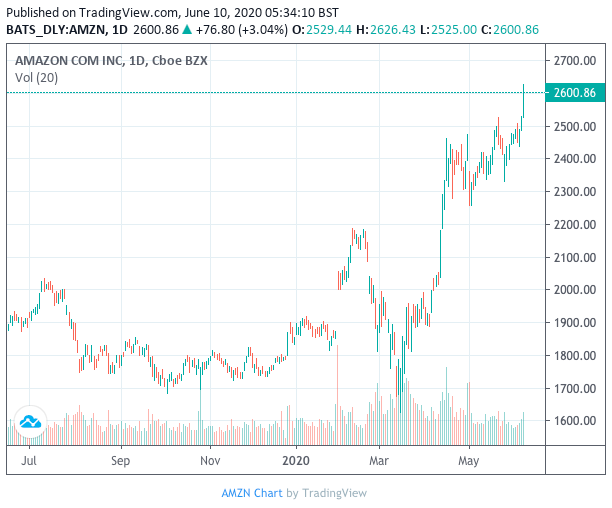 As for Zoox, the deal appears to be in its favour. Founded in 2014 by Tim Kentley-Klay and Jesse Levinson — the son of the current chairman of Apple [AAPL] and CEO of Alphabet [GOOGL]-backed health venture Calico — the startup has raised nearly $955m in funding to date, according to Crunchbase.

If the acquisition goes ahead, it could be valued at less than $3.2bn, the Wall Street Journal reports, which is less than its valuation back in 2018. Despite its ambitious plans, Zoox has struggled to raise enough capital recently. The startup has been quiet since raising $200m in October 2019.

An acquisition, especially by a big tech firm, would give it access to the finances and expertise needed to continue developing its self-driving technology.

Amazon’s annual spend on worldwide shipping was $37.9bn in 2019, data from Statista shows. The 37% year-over-year rise on 2018’s $27.7bn was driven in part by the introduction of one-day Prime shipping in the US, which was launched towards the end of last year.

“We’ve made Prime delivery faster — the number of items delivered to US customers with Prime’s free one-day and same-day delivery more than quadrupled this quarter compared to last year. Members now have free two-hour grocery delivery from Amazon Fresh and Whole Foods Market in more than 2,000 US cities and towns,” CEO Jeff Bezos said.

As a result, the company is actively trying to rely less on third parties to carry out its deliveries. The number of parcels it delivers on an annual basis is expected to surpass both FedEx [FDX] and United Parcel Service [UPS] volumes by the end of 2022, Morgan Stanley analysts said, according to CNBC.

Amazon’s shipping costs expected to amount to $90bn by 2023, according to Benzinga, but Brian Nowak, an analyst at Morgan Stanley, predicts that if the Zoox deal goes through it would eventually lead to savings of $20bn a year.

“In our view, the value of cost-effective shipping is likely to only rise given the inflection we are seeing in e-commerce in 2020,” he wrote in a note to clients, according to Barron’s.

Nowak argues that Amazon’s access to capital and innovation will help it in its bid to rival FedEx and UPS. Autonomous vehicles could help strengthen production in its warehouses and last-mile delivery.

Morgan Stanley maintained its overweight position on Amazon but raised its share price target on the stock from $2,600 to $2,800 on 1 June.

A threat to ride-sharing companies?

“Over time, this acquisition would also open the door for Amazon to potentially begin to compete in the ride-sharing and food-delivery industries,” added Nowak.

If a deal is rubber-stamped, Amazon will have to have a clear strategy of what they want to achieve with the technology Zoox offers.

While offering Prime customers so-called robo-taxi rides is a possibility, for example, it’s too early to say whether Amazon could pose a threat to ride-sharing market leaders Uber [UBER] and Lyft [LYFT], as well as Tesla’s [TSLA] proposed robo-taxi service due to launch in the next couple of years.

Although Amazon’s share price didn’t rise when talks of an acquisition were made public, it will undoubtedly surge if and when a deal is finalised.

According to MarketBeat data, there are currently 48 ratings from Wall Street analysts, and an overwhelming majority of 44 rate the share price a buy, while three are a hold and one a sell. The consensus share price target is $2,590.76.