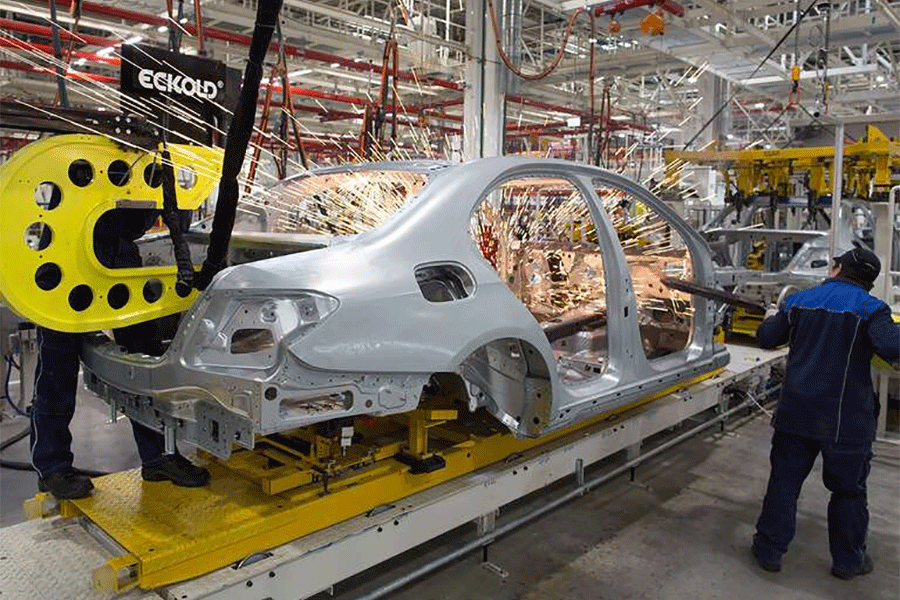 Cyclical stocks are thriving at the moment. Investors are now rotating out of sectors like healthcare and scooping up bargains in manufacturing, energy and finance. This has led to global indexes rallying since mid-March with both the energy and industrial sectors achieving some of the highest gains on the S&P 500.

In the normal run of things, cyclical stocks tend to do well when the economy is doing well. But given the pessimistic economic outlook post-coronavirus, traders picking up these stocks are betting on economic recovery.

“We’re looking at the worst data in our lifetime. Yet, here we are at all-time highs. Those two don’t normally go together. The market either knows something we don’t or we’re trading on extreme optimism,” said Phil Blancato, CEO of Ladenburg Thalmann Asset Management.

So are there any bargains left? And will harsh economic reality nip this cyclical stock rally in the bud?

At the start of the year, the coronavirus and the recent oil price war saw the energy sector buckle. Market Watch points out that between 19 February and 23 March, the energy sector was among the bottom 3 on the S&P 500, down over 56%. By the end of May, that position was reversed, with the sector the index's top performer, up 61%.

Driving this has been recoveries like Chevron's [CVX] share price. Since 23 March the stock has shot up 62%, outpacing the S&P 500's 32% gain. ExxonMobil [XOM] has seen similarly fast-paced growth with the stock up over 50% in the same period. This comes despite ExxonMobil losing $610 million in the first quarter due to the collapse in oil prices. On the Nasdaq, gas-player Cheniere has seen its share price gain over 70%.

In the US, economic data will be pivotal to any continued rally. In May, the US unemployment rate dropped to 13.1% - much better than Refinitiv’s expectation that it would rise to 19.8%. The number of jobs being created rose 2.5 million, defying predictions of more job losses. Mona Mahajan, Allianz Global Investors US Investment Strategist, told Bloomberg that the number of leisure and hospitality jobs being created confirms the move away from technology and healthcare and into cyclical stock.

In the near term, Mahajan sees cyclical stocks continuing to outperform in the near-term, with some sectors still down from where they were before the outbreak. Mahajan says that the S&P 500 crossing the 3000 level could help continue this momentum. She also suggests that traders should keep tabs on upcoming economic reports, including mobility, health and political data. If this data beats expectations, then the optimism around cyclical stocks could start to match economic reality.

Europe’s stock markets saw their best week in two months on Friday as investors scooped up cyclical stocks. Germany’s Dax climbed 6.9% last week and is now trading at the same level as on 25 February. A potential €5 billion stimulus package from the German government helped BMW, Daimler and Volkswagen all boost the index. Since 23 March, BMW’s [BMW] share price has climbed 57%, Daimler’s [DAI] 82% and Volkswagen’s [VOW] 69%. Adding impetus is the European Central Bank's decision to increase its bond repurchase scheme by €600 million.

More widely, Bank of America analysts reckon European stocks could rise another 10% by September following an upturn in business activity, according to a Reuters report.

Lockdown easing and stimulus packages have given investors faith that the economy will bounce back. This has seen them splurge on cyclical stocks. However, many economic unknowns still exist. Second-quarter company results could inject some downward pressure on markets as they will cover trading through the outbreak. Likewise, any worsening in economic data, including job losses and GDP, will sap investor confidence.

As ever, traders need to be careful what stocks they back. Brian Yacktman, founder of Austin-based YCG Investments, told MarketWatch:

“Often times, the greatest bargains will be found among businesses that are…in the center of the fire, so it could be good to lean into problematic cyclical areas, but you need to do it in a careful way.”

Yacktman cautioned investors to do their homework before scooping up a potential bargain. His advice is to avoid highly leveraged companies and focus on those with strong capitalisations.