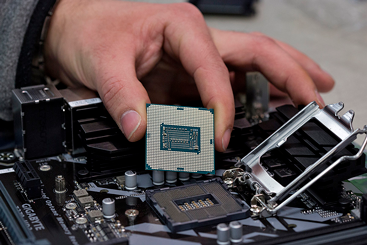 Why Intel’s share price is chipping into artificial intelligence 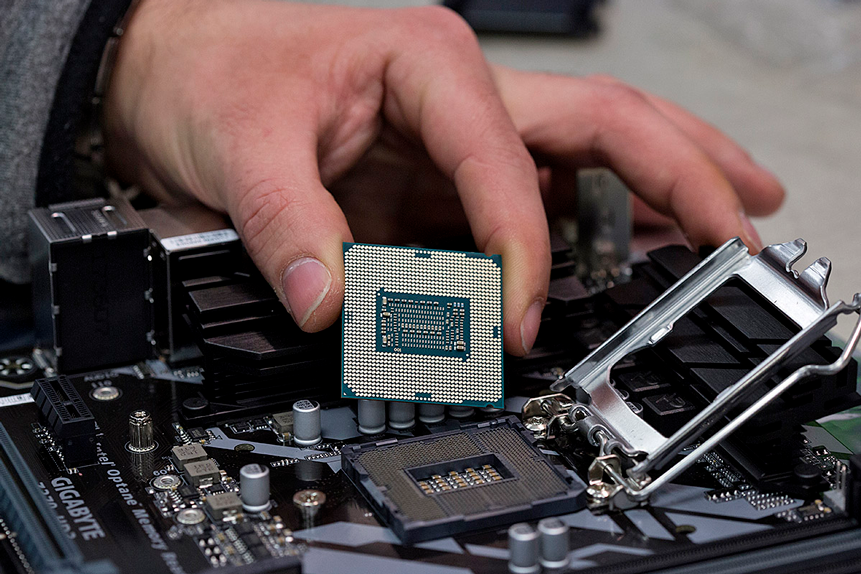 Intel’s [INTC] share price has been chipped away in 2020, falling 16.7% to 15 December, even as the PHLX Semiconductor Index [SOX] has risen 47%. The coronavirus pandemic, which has driven a rally for most technology stocks, has hit Intel’s share price and wider business, particularly its “data centre, enterprise, and government segment,” according to the company’s CFO George Davis.

A slow recovery was again curtailed when Intel’s share price plunged from $53.90 on 22 October to as low as $43.61 on 30 October, just edging below the stock’s lowest point from the March crash. While recent weeks have seen a modest rally, the company faces competition on all fronts as it branches out with a major step into the Artificial Intelligence (AI) market. 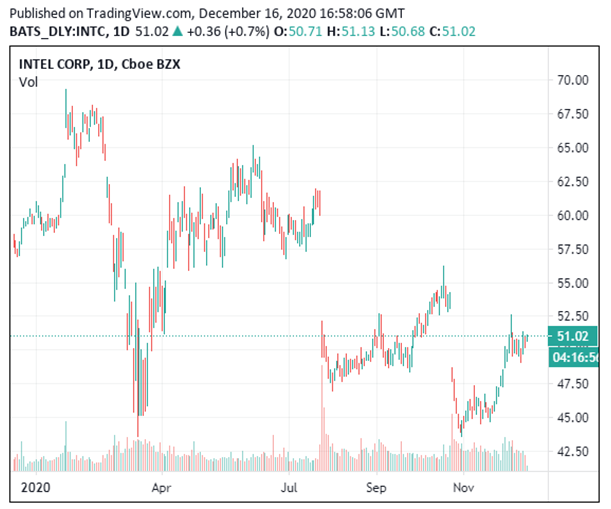 In early December, Amazon [AMZN] announced a partnership between Intel and AWS to power the latter’s new EC2 instances with Gaudi accelerators from Habana Labs. These EC2 instances will be used to train AI models. Based in Israel, Habana produces AI technologies and was purchased by Intel a year ago for $2bn.

Habana’s Gaudi hardware is specifically designed for AI. This tackles the pre-existing problem of the increased complexity and training costs involved in more accurate AI models. According to Habana’s chief business officer Eitan Medina, “AWS worked with us to answer this problem with [better] architecture… substantially [improving] cost performance.”

The move provides Intel’s share price with a foothold to compete against rivals Nvidia [NVDA] and Advanced Micro Devices [AMD]. According to the announcement, the Gaudi accelerators will deliver “up to 40% better price performance than current GPU-based EC2 instances for training deep learning models”.

According to Business Wire, Intel’s acquisition of Habana forms part of its strategy to strengthen its portfolio of AI accelerators, as well as a shift towards delivering XPUs — multi-architectural components incorporating “CPUs, GPUs, FPGAs and other accelerators”. The shift in focus is timely..

Intel’s core business has taken a battering this year. Manufacturing issues pushed it a full year behind developing the technology for its next-generation chips, sending shockwaves through the markets. Intel’s share price fell 16% in July, while rival manufacturer TSMC’s shares gained roughly 10% in response to reports that Intel may have to outsource its chip production.

Intel’s data centre revenue reversed a period of sustained growth in September, with Q3 data chip sales falling to $5.9bn compared with $7.1bn in Q2, a fall of 4% year over year. During this period, Advanced Micro Devices’ data centre business exploded 30.8% to $1.67bn.

Nvidia’s acquisition of Israeli-American firm Mellanox and UK chip giant Arm give it the advantage over Intel in chipmaking. Apple [APPL], meanwhile, is set to shift away from using Intel chips to its own processors which can, reportedly, outperform those made by Intel.

AI is the growth market within the chipmaking space, with the global AI chip market forecast to grow from $9.29bn in 2019 to $253.3bn by 2030. With increased competition eating into profits in its core business, Intel’s strategic shift makes sense — it can’t afford to fall behind in AI.

Weston Twigg, analyst for KeyBanc Capital Markets, isn’t expecting Intel’s link-up with AWS to shift the revenue dial significantly in 2021. Rather, in a note to clients he suggests that Intel can compete in AI and other emerging fields based on common hardware and software components. Twigg also predicts strong demand for Gaudi accelerators, which will likely incorporate Intel technology such as Xeon-based processors, thanks to the price point.

Market sentiment is cautious, however, with 18 of the 38 analysts polled by CNN Money recommending to Hold the stock. Besides this neutral majority, the bulls just outweigh the bears, with eight rating Intel a Buy and two an Outperform, compared with seven Sell and three Underperform ratings.

31 analysts offering 12-month price forecasts for Intel yielded a median target price of $50, which would represent a 1.3% decrease from Intel’s share price as of 15 December. The low target of $36 represents a 28.9% fall, but the high target of $82 is 61.9% above the latest available price.