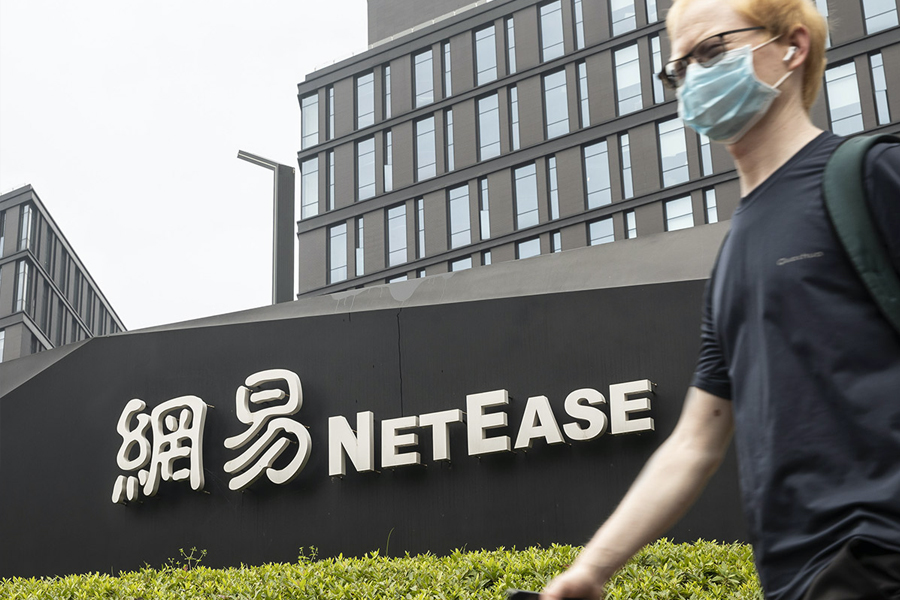 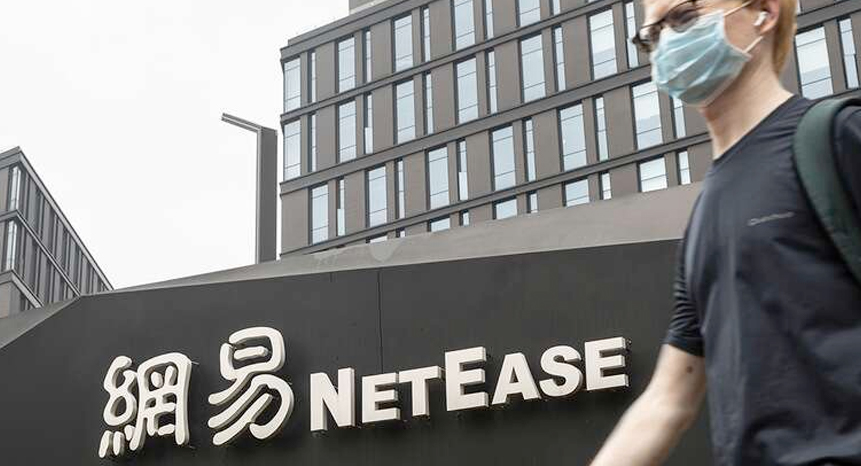 Amid rising tensions between China and the US, gaming giant NetEase’s [NTES] share price is soaring. It is one of a number of major Chinese companies to recently choose Hong Kong for a secondary listing — the other two being Alibaba [BABA] and JD.com [JD]. Rival Tencent [0700.HK] is listed in Hong Kong but can traded over the counter as an ADR via its TCEHY ticker simple, on the NASDAQ.

News of NetEase’s secondary listing, first reported by Reuters on 1 June, drove the company’s Nasdaq share price to an all-time intraday and closing high of $427.33 and $424.21 respectively on 5 June. Despite falling back to $409.48 on 12 June, NetEase’s share price has risen 34.3% since the start of the year (through 12 June). In comparison, Hang Seng Index heavyweight Tencent’s share price has risen 15.3% in the same period.

Will the move see NetEase — arguably Tencent’s closest competitor —, and its respective share price, continue to go from strength to strength? 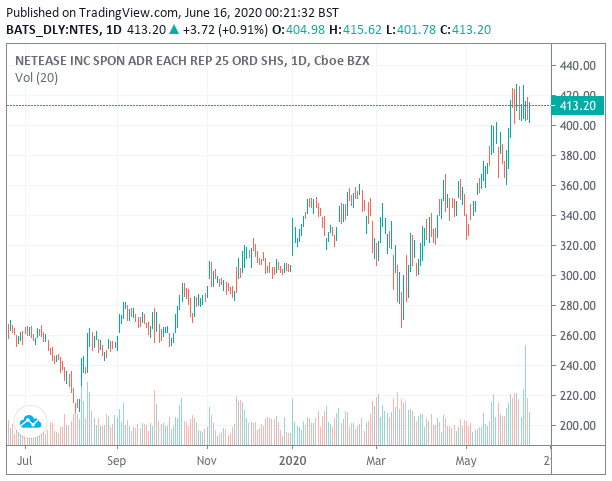 As well as beating Tencent’s share price so far this year, NetEase has also outperformed the Nasdaq OMX China Technology index [CHXN9000]. This is dedicated to tracking the performance of tech companies domiciled in China and Hong Kong and has risen by 16.7% YTD through 12 June.

NetEase priced its secondary listing at HK$123, with the hope of raising $2.72bn by issuing 171.48 million shares. The company floated on 11 June and was trading up 9% before closing at $130, according to Bloomberg.

“Many see the IPO as a way for NetEase to ensure continued access to capital markets and to demonstrate its attractiveness as a company that US stock exchanges should want listed here,” Dan Caplinger wrote in the Motley Fool recently.

NetEase and Tencent have released a number of popular battle royale games in recent years, but while the latter is the bigger of the two publishers, the former is considered to be in a stronger position.

Investors looking to China’s technology and entertainment companies are more likely to invest in NetEase because of its significant presence in the gaming industry.

As for Tencent, online gaming generated 34%, or CNY37.3bn, of its CNY108.1bn revenue for Q1. The rest came from advertising, fintech and cloud-related services.

“A common criticism of Tencent is that the company’s diversification dilutes its focus … [It’s] easier for investors to understand NetEase’s business,” Leo Sun, wrote recently in The Motley Fool. Relying on income from several different segments can expose revenue to more volatility and means it can be more difficult to forecast.

Furthering its commitment to gaming, NetEase sold-off its comics assets to Bilibili [BILI] at the end of 2018 as well as its e-commerce platform Kaola to Alibaba for $2bn last year.

Earlier this month, NetEase launched a Tokyo-based studio that will help the company in its push to develop next-generation console games. This follows the opening of a studio in Montreal in July 2019.

“Both Tencent and NetEase are still solid long-term plays on China. However, NetEase's lower valuation and higher yield — which complement its aforementioned strengths — suggest that it could continue to outperform Tencent [in 2020],” Sun considered.

If tensions between China and the US don’t escalate any further then NetEase, as well as the likes of Alibaba and JD.com, is unlikely to be delisted from US stock exchanges. But if they are forced off, secondary listings in Hong Kong could provide a much-needed safety net.

There are currently 13 Wall Street analyst ratings available for NetEase’s Nasdaq listing, according to MarketBeat. Twelve of them are a buy with a consensus price target of $399.97.

The most bullish of them — Nomura analyst Jialong Shi — lifted the firm’s share price target from $439 to $464 on 21 May, following a “shining” Q1 earnings report, according to The Fly.