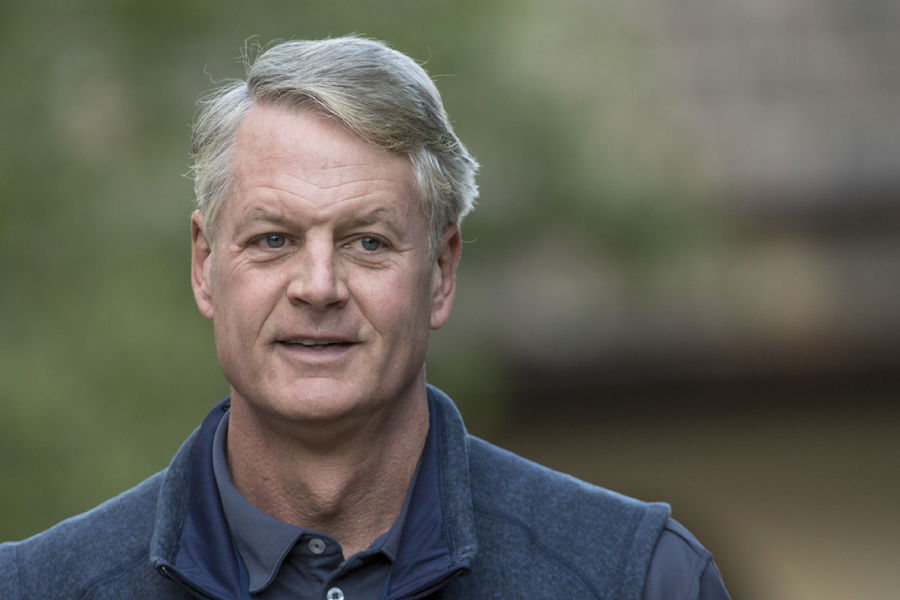 Will an earnings beat send Nike’s share price to a new record high?

Nike is set to release its fourth-quarter results after the bell tomorrow (Thursday 25 June). But, analysts appear mixed on whether it will beat on earnings. Could an earnings beat be the boost its share price needs to go above $105? 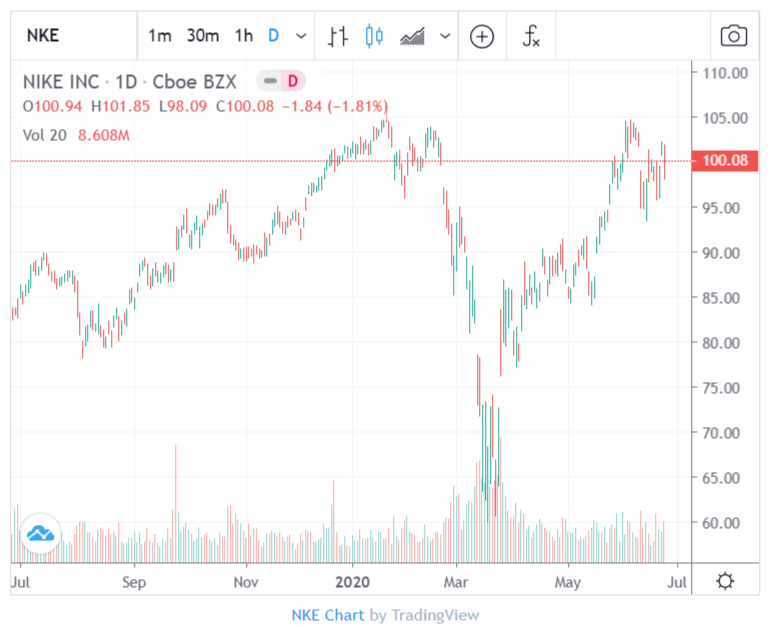 As countries across the globe followed those in Asia in introducing lockdown restrictions earlier this year, Nike decided to follow its closure of stores in China, Japan and Korea by shuttering those around the world from 16 March.

In Nike’s fiscal third quarter of 2020, brick and mortar sales suffered, while digital sales climbed 36% compared to the previous year’s quarter. What John Donahoe, president and CEO of Nike (pictured) has called the company’s “strong digital foundation” helped buoy the sports apparel and footwear retailer until it could start to open its stores again.

On 14 May, Nike announced that 100% of its global stores were back open for business and 95% of partner stores across Asia are to also open. The news sent its share price up 0.6%, although the company did point to significantly lower wholesale revenue higher inventory, which it said it expected to have a significant material impact in the fourth quarter.

A race to raise price targets

Despite fallout from the pandemic, Nike managed to beat Wall Street analysts’ estimates in the third quarter, based on data by Refinitiv seen by CNBC.

While diluted earnings per share fell 22% year-over-year to $0.53, revenue rose 5% year-over-year to $10.1bn, beating expectations of $9.8bn. Moreover, Zacks Equity Research has found the company to beat bottom-line estimates by 20.1% on average over the last four quarters.

The positive earnings data suggests that Nike has solid fundamentals, but some analysts look to be factoring in the store closures in the first half of the year, giving it a consensus earnings estimate for the fiscal fourth quarter of just $0.02, according to Zacks. The firm also notes that Nike’s earnings estimates have declined 72.7% in the past week, with sales pegged to decline 27.4% year-over-year to $7.39bn.

Is Nike’s stock about to break out?

However, not analysts appear to agree. After the update in March, Pivotal Research, JPMorgan, Wells Fargo, BTIG Research and Telsey Advisory all provided bullish commentary, Alan Farley wrote in Investopedia.

In the last week there have been at least five price-target increases for Nike, according to Barron’s. Camilo Lyon, analyst at BTIG and Rick Patel, analyst at Needham, raised their target prices to $117 and $113, respectively. Sam Poser, analyst at Susquehanna Sam Poser boosted his from $100 to $130.

The analysts cited Nike’s increased e-commerce activity and growing market share as reasons for the optimistic outlook. Poser said that it’s “the strongest brand in the retail sector” thanks to it “recovering faster than nearly any company”.

Barron’s research indicates that the footwear giant has a buy rating among 80% of analysts with an average price target of $106, representing a 4% increase from 23 June close.

Furthermore, Nike’s share price passed the Fibonacci sell-off retracement level in May, meaning that there is no barrier to it testing its all-time high, according to Farley,

“The 50-day exponential moving average is lifting into narrow alignment, raising odds that dip buyers will reload positions at or above $95. Relative strength cycles are cooperating with the bullish effort, with the stochastic oscillator now engaged in a long-term buy cycle,” Farley writes.