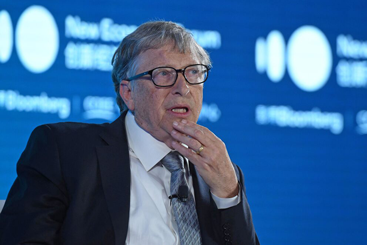 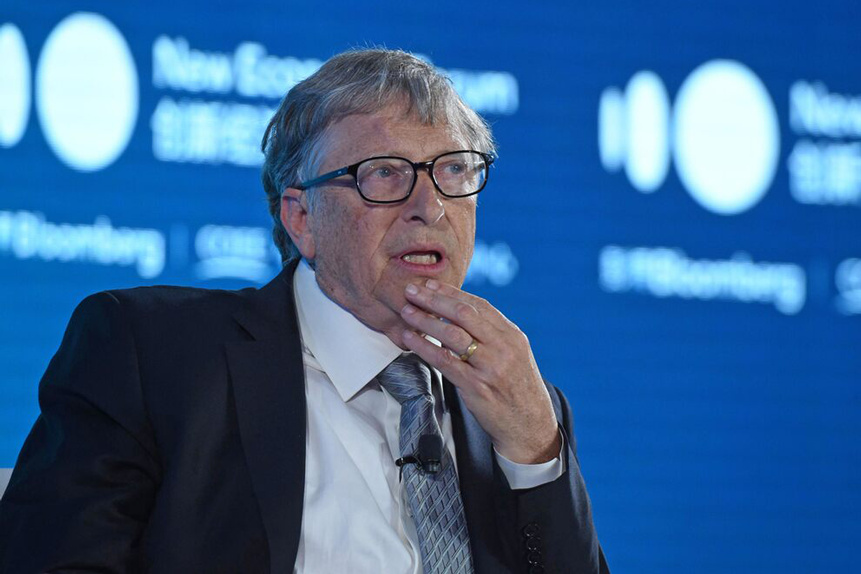 Bitcoin has been on a huge rally this year, having gained over 63%. In February, the cryptocurrency passed $50,000 for the first time, having started 2021 at $21,206. While the price of bitcoin has fallen below that high since, Wall Street is now taking it seriously as a financial product.

That said, not everyone is a fan. Bill Gates has criticised the electricity-intense process of bitcoin transactions, and suggested that his own foundation’s work on digital currency could provide a different approach. A more ESG-focused alternative could disrupt bitcoin’s dominance in the sector given the general mood of the markets.

Bitcoin produces 36.95 megatons of CO2 every year, equal to the entire carbon footprint of New Zealand, according to Digiconomist. The energy consumption comes from the network of custom-built computers that “miners” use to solve complex math problems in order to complete transactions.

In a report released at the end of February, BCA Research says the sheer amount energy needed to mine bitcoin, together with government obstacles, will mean it will lose most of its value over the long-term.

Peter Berezin, BCA Research’s chief global strategist, writes that the currency is “unsuitable as a medium of exchange”, and that ESG funds would likely exclude bitcoin due to its energy consumption.

“Many companies have cozied up to Bitcoin in order to associate themselves with the digital currency’s technological mystique. As ESG funds start to flee Bitcoin, its price will begin a downward spiral. Stay away,” Berezin adds.

Bill Gates has never been bitcoin's biggest fan, having told CNBC in 2018 that he’d short bitcoin if he could. In an interview with Bloomberg Technology’s Emily Chung this year, Gates warned that unless investors were as rich as Elon Musk — the sometime richest man the world — then the cryptocurrency is probably not for them.

"Elon has tonnes of money and he's very sophisticated, so I don't worry that his Bitcoin will sort of randomly go up or down," Bill Gates told Emily Chung on Bloomberg Technology.

Gates then went on to describe the approach that the Bill and Melinda Gates Foundation takes to digital currencies.

“... digital money is a good thing and, you know, there’s a different approach that’s local currency and …. deals with all the money laundering and terrorism type regulation,” Gates said in the interview. “And yet gives you the convenience and the low cost of transaction.”

While Gates acknowledges that the Foundation’s work in the area doesn't have the same visibility as bitcoin, he describes its work in digital currencies as something that could help people in the world’s poorest countries.

Gates might not be big on bitcoin, but his views do not represent today’s crop of tech leaders in general. Elon Musk announced that he had invested $1.5bn in bitcoin through Tesla [TSLA] at the start of February, adding that the company would start accepting it as a payment method. Jack Dorsey's Square [SQ] used a mid-February dip in bitcoin's price to add $170m to its existing horde of the cryptocurrency, adding to the $50m it picked up in October. MicroStrategy [MSTR] used the February dip to buy up another $1bn worth of bitcoin, bringing its total to over $4.3bn — the biggest holding in the world and $3bn more than second-place Tesla.

JPMorgan recommends having a portfolio with circa 1% of bitcoin as a way of hedging against fluctuations in other asset classes like stocks and bonds.

“In a multi-asset portfolio, investors can likely add up to 1% of their allocation to cryptocurrencies in order to achieve any efficiency gain in the overall risk-adjusted returns of the portfolio," JPMorgan’s global head of research, Joyce Chang, and vice president of strategic research, Amy Ho, wrote in a 25 February note to clients.

Still, bitcoin’s longer-term future seems tied to not only to Wall Street and tech’s backing, but also to how its carbon footprint plays out in an era where mainstream investors increasingly take ESG considerations into account.

Citigroup [C] reckon that bitcoin is at a “tipping point” in a 1 March research note. The analysts noted that the “entrance of institutional investors has sparked confidence” in the currency, which could eventually become the international unit of trade, but they also noted hurdles to overcome, including “ESG considerations from bitcoin mining”.

“Bitcoin’s future is thus still uncertain, but developments in the near term are likely to prove decisive as the currency balances at the tipping point of mainstream acceptance or a speculative implosion,” wrote the Citi Group analysts in the note to investors.