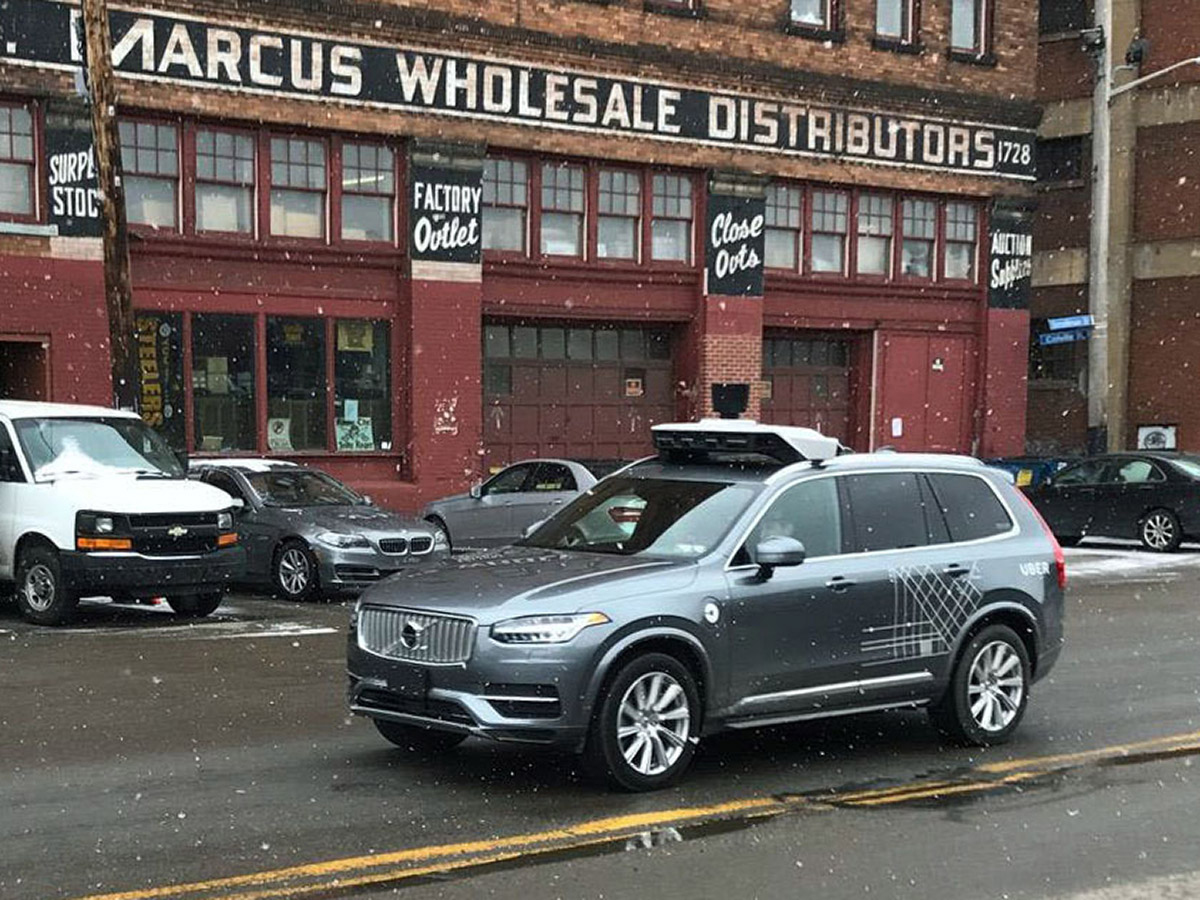 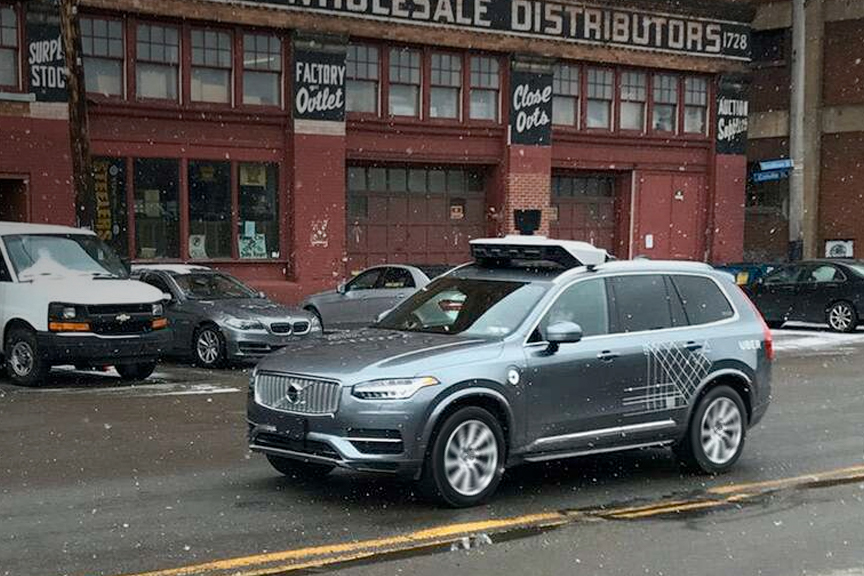 However, after decelerating throughout July, Uber’s share price has regained momentum in early August. At $32.68 on 4 August’s close, Uber’s share price is currently up 5.5% for the year to date after climbing an impressive 120.5% since mid-March lows.

Will Uber’s share price stay on track when it releases its second-quarter earnings report on 6 August? 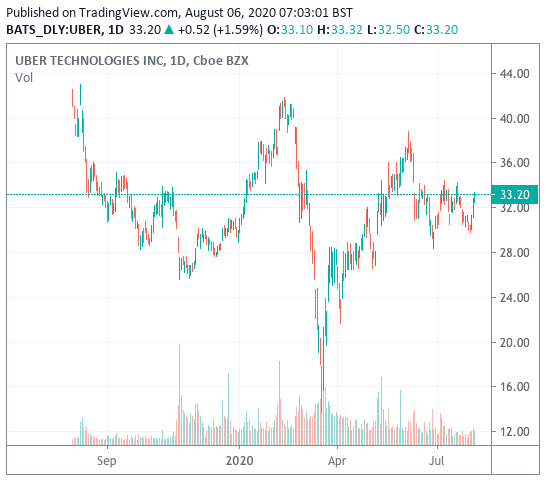 When Uber released its first-quarter earnings on 7 May, it reported a loss of $0.64 per share. This beat Zacks consensus estimate of $0.68, representing a surprise of 5.9%.

For the quarter Uber posted revenue of $3.5bn, a 14% year-over-year increase that beat the Zacks consensus estimate of $3.38bn.

During this call, Dara Khosrowshahi, CEO of Uber, highlighted that although the company’s Rides business had been “hit hard” by the pandemic, it had reacted quickly by focussing resources on other areas such as its Uber Eats segment.

“Along with the surge in food delivery, we are encouraged by the early signs we are seeing in markets that are beginning to open back up,” Khosrowshahi said.

With Uber yet to turn a profit, and looking ahead to the firm’s second-quarter results, the consensus among Zacks analysts is for Uber to announce a loss of $0.78 per share, a year-over-year increase of 83.5%.

The research group has also earmarked a $2.17bn quarterly sales consensus, this would mark a 21.6% YoY decrease.

Uber recently announced that it would be acquiring rival Postmates in a $2.65bn deal. This would see Uber become the second-largest food delivery service in the US after DoorDash, which has a 44% market share.

The Uber deal came hot on the heels of a failed deal in which Uber was snubbed by Grubhub — the company chose instead to sign with Just Eat to form a transatlantic partnership.

However, there is some concern that despite increased demand driven by negative sentiment towards in-restaurant dining since the coronavirus lockdowns went into effect, these companies are still struggling to be profitable.

“While we believe revenues likely bottomed in April, we believe continued high COVID-19 case levels are likely to continue to weigh on rideshare demand throughout 2020 and into 2021,” Aaron Kessler, an analyst at Raymond James, wrote in a note regarding Uber and ride-hailing rival Lyft recently, according to Barron’s.

He said that he thought the coronavirus would remain a meaningful headwind”, suggesting to hold the stock, a rating that coincides Zacks’hold rating.

Meanwhile, the consensus among 42 analysts polled by CNN Money is to buy. This comes from a majority of 32, with three analysts giving the share price an outperform rating and six rating the stock a hold. On the other hand, only one analyst suggests to sell Uber’s share price.

“At this point, we believe revenues can recover to pre-COVID levels by late 2021 or early 2022,” Kessler concluded.