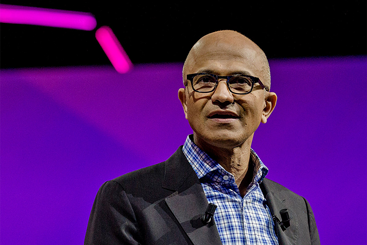 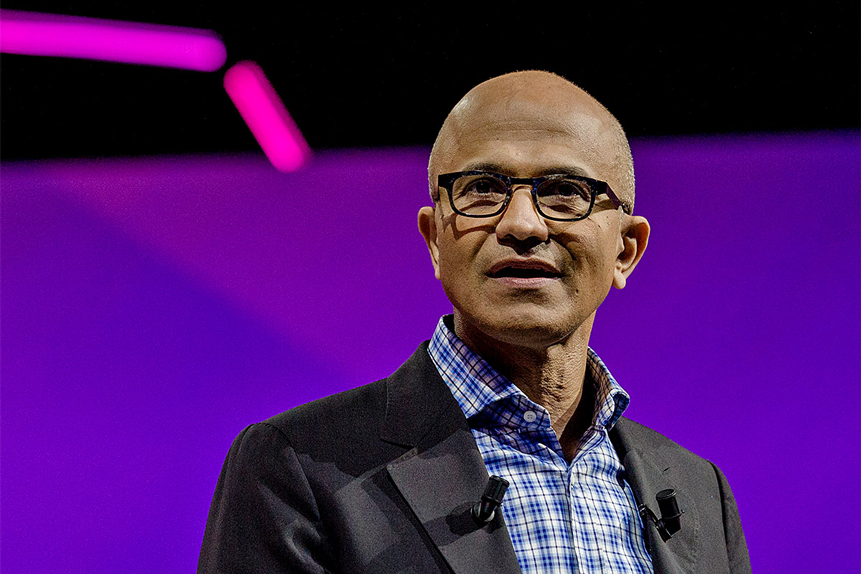 So far in 2020, Microsoft’s [MSFT] share price is up 34.62% to $216.23 as of the close of trading on 23 October, and has rallied 59.8% since falling to a 52-week low of $135.28 on 23 March. The share price peaked at an all-time high of $231.65 on 2 September, right before the market correction which led to many big tech companies shedding the gains they had made over the previous six months. Microsoft’s share price declined 6.7% in the month of September but, with its earnings announcement due on 27 October, could it be set to rise and regain lost ground?

While a number of big tech companies have found themselves at the centre of antitrust cases, Microsoft’s share price has been cushioned by a Democratic member of the antitrust subcommittee’s comment that the software giant is “the adult in the room in some ways on this issue”.

That’s not the only good news for the company, either. After years of being considered a mature tech stock, Microsoft’s share price is now reaping the rewards of being seen as a growth stock. 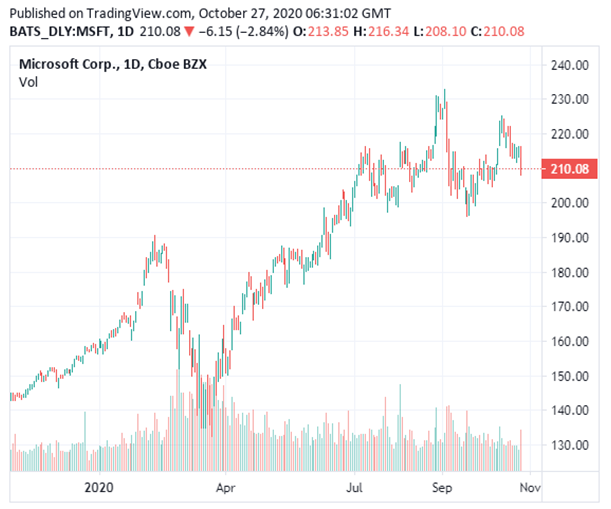 Revenues on the rise

The company noted during its Q4 2020 earnings call that Covid-19 had had minimal impact on revenue, allowing Microsoft’s share price to recover steadily following the initial market selloff in March. Unlike Amazon [AMZN], Facebook [FB] and Google [GOOGL], advertising doesn’t account for the majority of Microsoft’s revenue and so its sales weren’t weighed down by businesses reducing their spend in this area.

Microsoft’s income comes from several operating segments, all of which enjoyed year-over-year rises in the three months to the end of June. Its Productivity and Business Processes segment rose 6% to $11.8bn; the More Personal Computing segment, which includes revenue from search advertising, increased 14% to $12.9bn; its Intelligent Cloud segment was $13.4bn, up 17% from Q4 2019.

Despite this growth, the revenue from its cloud computing service, Azure, was only up 47%. Growth for the product has been slowing for several years, having soared as high as 98% in Q2 2018.

It did rebound slightly in Q2 2020, but the pandemic appears to have accelerated the downwards trend. More people working and learning from home may have led to increased cloud usage, but fewer businesses have been making cloud purchases and Microsoft has seen fewer new customers as a result. It is a testament to the strength of the firm’s other business that Microsoft’s share price has not been overly affected by this.

Looking beyond the first quarter at the rest of fiscal 2021 and beyond, Microsoft’s share price should head higher as the company looks to drive growth in areas of business away from the cloud.

The recent acquisition of ZeniMax Media for $7.5bn will be a boon for its gaming division and will give it the rights to franchises including the game ‘Fallout’. In Q4 2020, revenue from Xbox content and services jumped 64% year-over-year, by far the strongest performance by any Microsoft product or service to date.

Daniel Ives, analyst at Wedbush, likes what he sees. He reiterated an Outperform rating for the stock, and his target of $260 represents a 20.2% increase from Microsoft’s share price as of 23 October’s close.

“We note that this acquisition comes in the wake of the failed TikTok deal as [Microsoft CEO Satya] Nadella continues to remain laser-focused on growing the consumer side of the house, while the flagship enterprise/cloud Azure and Office 365 business is humming along at an accelerated growth pace,” he wrote in a note to clients seen by Barron’s.

Microsoft has 32 ratings on MarketBeat, 29 of which are a Buy and the other three are Hold.