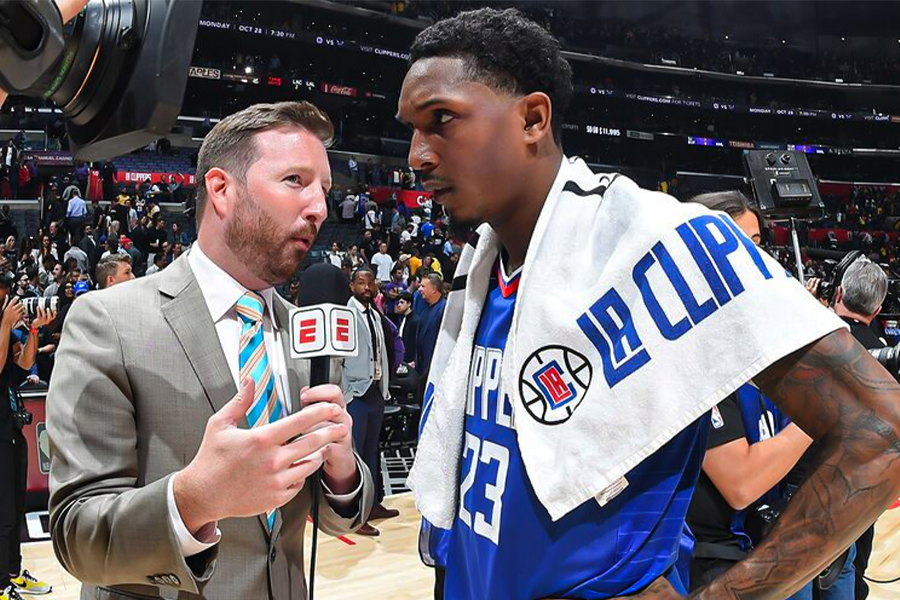 With an NBA return on the horizon and pent-up demand driving viewership, could Disney’s [DIS] sports segment contribute further to the firm’s recent share price bounce back?

After having almost half of its value wiped out as a result of coronavirus, Disney’s share price is finally showing some signs of recovery, rising 31% in the last two months to reach $123 as of 4 June.

Much of this share price bounce back is due to the expected return of the entertainment giant’s parks, cinema and sports businesses, which were disrupted entirely when the pandemic struck at the start of the year.

In what may come as a surprise to some, Disney’s sports properties are now expected to push its share price performance, despite setting it back over the past few years due to dwindling viewing figures. 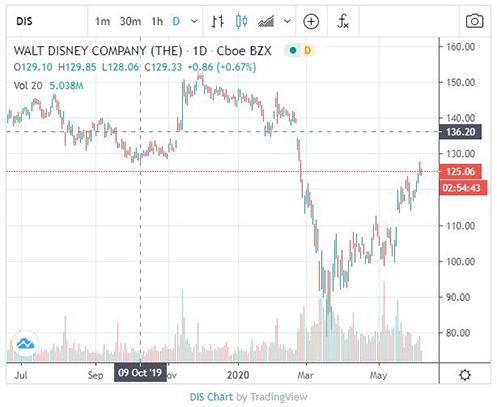 Appetite for Disney’s sports businesses was shown with the success of its ESPN series The Last Dance — chronicling the career of basketball star Michael Jordan. The show became the most popular documentary on Netflix and ESPN within two weeks of its launch in April.

Disney expects more good news in this area after the virtual NFL draft reached a record 55 million viewers over three days on ABC, ESPN, NFL Network, ESPN Deportes and other digital channels, highlighting viewers’ craving for live sports. The NBA has also just announced that it will resume the 2019-2020 season in late July at one of Disney’s facilities.

Months of restriction on live events, shopping and other forms of social activity has created pent-up demand among consumers, according to analysts. This means companies like Disney are likely to see a spike in activity as restrictions on movement ease.

Last month, tickets sold out in minutes for the return of Disney’s Shanghai resort, which reopened on 11 May, highlighting consumer appetite for such activity, according to Josh Enomoto writes in InvestorPlace.

“Imagine when traditional sports finally reemerge. Even in mitigated form, America’s religion – otherwise known as the NFL – will make for compelling viewing. Again, when you’ve been deprived for so long, you’ll relish any semblance of the old normal,” he said. “The concept of pent-up demand is very real. And that should provide a nearer-term lift for Disney stock.”

Enomoto’s comments echo Disney chairman Bob Iger’s recent statement for Q2 results, in which he stated that people are looking for reasons to feel good. “They want to experience joy and the feeling of togetherness. And for all these reasons, we will continue to tell stories that uplift and enrich people's lives,” Enomoto wrote.

The only way is up?

Disney may experience a short-term respite once its parks, cinemas and sports venues are opened, but adverse factors are still likely to hinder its share price in the future. Disney’s Q2 earnings report, posted in early May, highlights that the company could have a tough couple of years ahead.

The company reported a 58% drop in operating income for its Parks, Experiences and Products segment. Although such a steep drop is unlikely to be seen again as social distancing rules are relaxed, it is also true that, at least for the near future, its parks will be running at a reduced capacity (around 30%, according to its latest report).

Additionally, Disney has already raised nearly $7bn in debt and added another $5bn to its credit facilities in order to keep the business going while parks are closed. These factors have also pushed Disney to suspend its dividend payout for the first half of the fiscal year to preserve around $1.6bn. These factors combined are likely to impact Disney’s share price in coming years.

Disney’s bright spot has been its direct-to-consumer business. As of 4 May, its new Disney+ streaming service had 54.5 million subscribers — a figure that is likely to keep growing as it enters new markets such as Japan. This hasn’t been enough to please trade investors and analysts, however, as many have downgraded the stock in recent months.

“Disney now looks like a name that should be ‘traded,’ rather than ‘owned,’ at least for now.” David Miller, analysts at Imperial Research,” wrote in late May.

Miller lowered his share price rating on Disney to underperform, and cut its target share price to $105 from $107. He also lowered his forecast for Disney’s third-quarter revenue to $12.8bn from the $14.7bn expected.