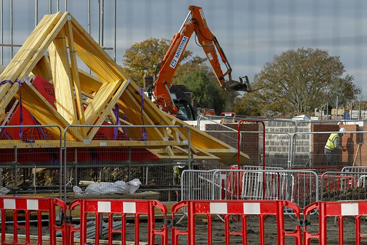 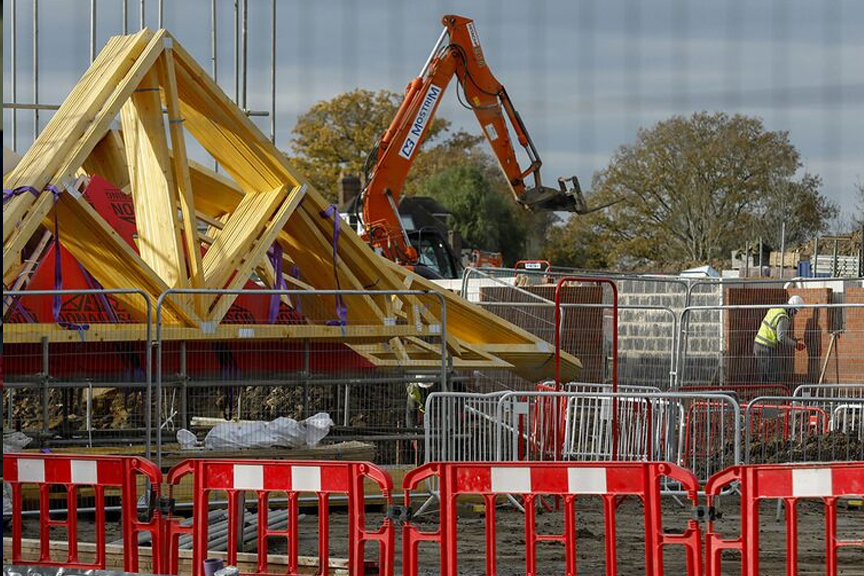 Taylor Wimpey's share price has been building some impressive gains for investors recently. Since the start of October, the stock had gained close to 5% by yesterday’s close - and continues to climb today - erasing the losses built up over September. Helping boost investor confidence is a booming UK housing market buoyed by government support.

With Taylor Wimpey's [TW] share price still down this year, is the stock a bargain or are the gains about to come to an end? 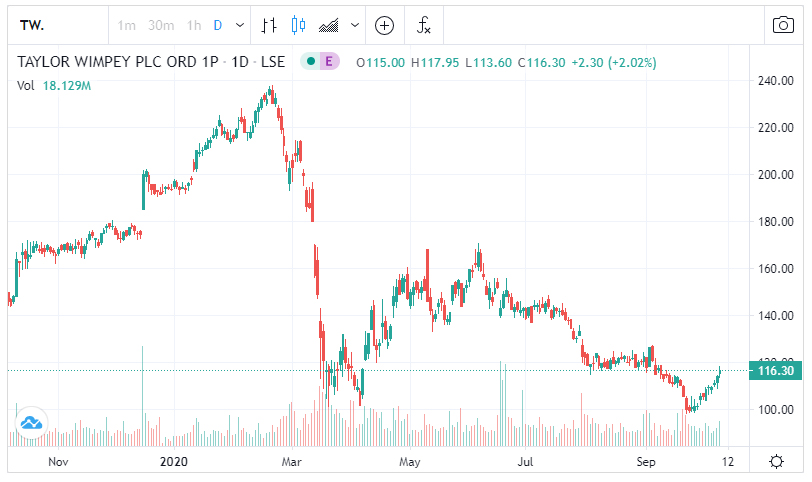 UK Prime Minister Boris Johnson has announced that he wants to turn 'generation rent' into “generation buy” by encouraging banks to offer 5% mortgages to first-time buyers. Making the announcement at the annual Conservative Party conference, Johnson said it was 'disgraceful' that home ownership among under 40s had plummeted in recent years.

In promising to fix the UK's ‘broken housing market’ Johnson wants to not only build more homes, but make mortgages more affordable. Johnson said that he wanted to create 2 million more homeowners in the biggest shakeup in the housing market since the 1980s.

Johnson was light on details of how he would put this plan into action. Banks have had to set aside billions in impairment charges along with demanding higher deposits over fears new customers won't be able to pay back loans. So, while the announcement is certainly headline-grabbing, investors will need more substance.

What else is driving Taylor Wimpey's share price gains?

Johnson's announcement is the latest in a series of positive news stories for the housing sector.

October has already seen news that construction accelerated in September. According to IHS Markit, construction PMI came in at 56.8, ahead of the predicted 54.

“Forward-looking indicators point to a sustained rise in activity, with new work increasing at the quickest pace since before the lockdown and sentiment towards the 12-month outlook at its strongest for seven months," said IHS Markit economist Eliot Kerr.

September saw house prices surge 5% month-on-month according to data from Nationwide. Driving this are buyers rushing to take advantage of the stamp duty holiday, before it expires at the end of March and as people reassess their homes during lockdown.

“The rebound reflects a number of factors. Pent-up demand is coming through, with decisions taken to move before lockdown now progressing,” said Robert Gardner, Nationwide’s chief economist. “Behavioural shifts may also be boosting activity as people reassess their housing needs and preferences as a result of life in lockdown,” Gardner added.

On top of that, August saw mortgage approvals hit their highest levels since October 2007. Approvals rose sharply to 84,700, according to the Bank of England. All in all, the housing sector is in rude health. Yet the question remains of whether this is a long-term trend or a bubble.

Taylor Wimpey's share price is still down around 50% since its 2 February high. If the flood of good news continues, then the stock could continue to climb. Over the past 3 months, homebuilder ETFs have returned 40% on average, according to ETFdb.com. This is the third-highest return behind the solar and clean energy industries.

Further lockdown measures could reverse this, however, along with Taylor Wimpey's recent gains. In the first half of the year, the homebuilder reported a £16.1m operating loss, down from the £311.9m profit in the same period last year. While second half-year losses will be better, Taylor Wimpey isn't home and dry.

Among the analysts tracking Taylor Wimpey on Yahoo Finance, the stock carries an average £187.15 share price target. Hitting this would see a 64% upside on the current share price, based on 6 October’s close. Of the 15 analysts offering recommendations, 1 rates the stock a Strong Buy, while 8 rate it a Buy.