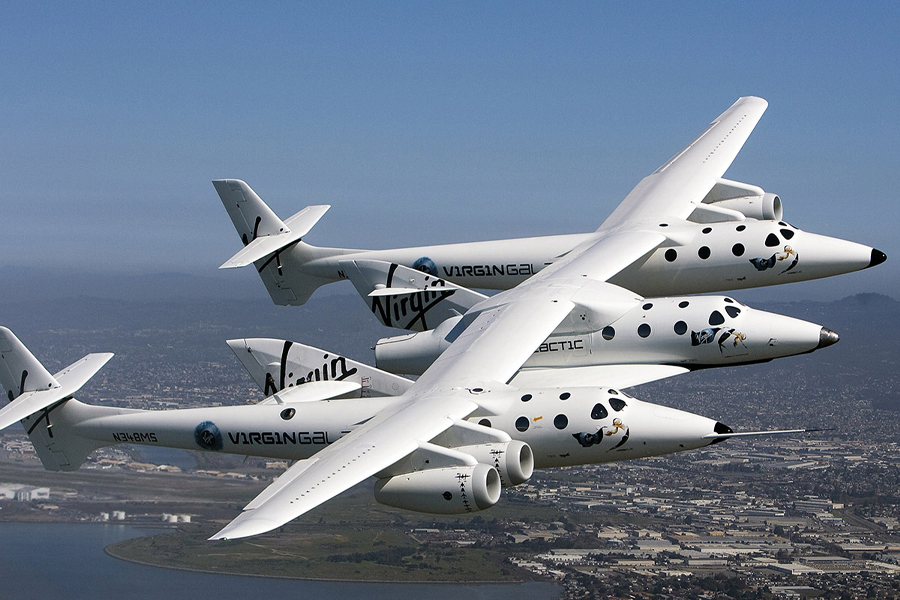 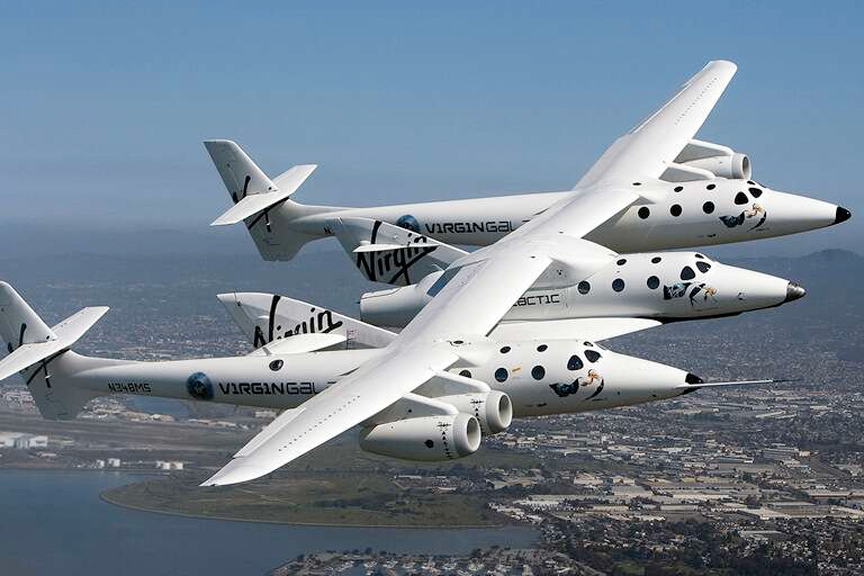 Virgin Galactic’s [SPCE] share price soared an astronomical 41.47% in the first half of the year. After the spaceflight company listed on the New York Stock Exchange on 28 October 2019, its share price rocketed 216.79% to a high of $37.35 on 19 February.

It has been a bumpy ride for investors and traders, though, as Virgin Galactic’s share price came back to earth soon after the surge. It has fallen 56.62% since its peak, to close at $16.95 on 6 July. 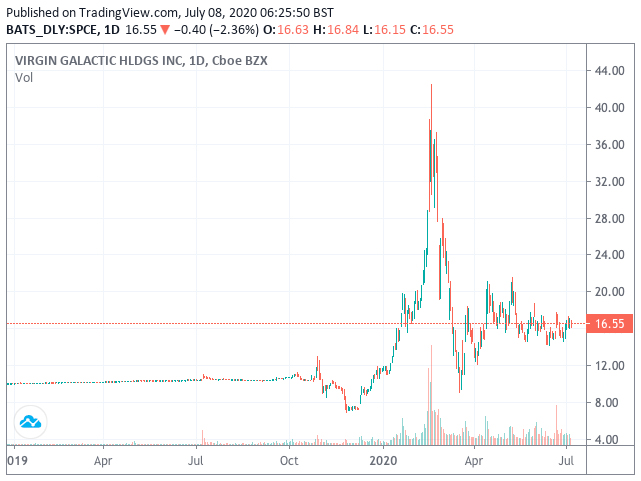 Although Virgin Galactic’s share price is far from its February peak, it has seen a mild recovery over the last few months, closing at $16.95 on 6 July.

Just before the company was due to announce its 2019 fiscal year earnings on 25 February, Virgin Galactic’s share price peaked — but the earnings did not offer any significant company updates.

The lack of company announcements indicates that the surge may have been fuelled by sentiment alone. A report from CNN Business suggested that the peak could be attributed to an increase in investors’ excitement over the broader space industry.

At the time, Adam Jonas, an analyst at Morgan Stanley, said the spike took analysts “by surprise”, adding that a “modest correction is overdue and, frankly, healthy”.

Recently, the company has had a run of good news after signing an agreement with NASA to provide private training and transportation to the International Space Station, as well as a second successful test flight of its SpaceShipTwo.

The deal with NASA, announced on 22 June, helped push Virgin Galactic’s share price up 15.93% from $15 to $17.39. “The agreement opens doors to a wider range of opportunities for Virgin Galactic beyond its core focus, including scientific and commercial space expeditions,” Jonas wrote in a note.

News of the deal was followed by the second successful test flight of the SpaceShipTwo on 25 June. The company said in a statement that this “marks another important milestone as the team progresses toward the launch of Virgin Galactic’s commercial service.”

A significant slump in Virgin Galactic’s share price followed the release of the company’s earnings on 25 February, where it announced a net loss of $73m for the three months ending 31 December. Its share price dropped more than 35% over a two-day period.

When it released its first-quarter 2020 earnings on 5 May, however, Virgin Galactic’s share price grew by more than 11%. The company still clocked an EBITDA loss of $53m for the quarter — just below the previous quarter’s $55m — but it also announced more than 400 reservation deposits in the first quarter, representing over $100m in future business.

“The results fell short of expectations, but investors, for now, are focused on the potential of the business, and not its current results, and there was little in the report to make shareholders question the potential,” said Lou Whiteman, writing in the Motley Fool.p>

Among three analysts polled by CNN Money, there is a consensus rating to buy Virgin Galactic’s stock. This is made up of a majority of two, with the other giving the stock a hold rating.

The same three analysts have a median price target of $24, which would see a 53.8% upside on Virgin Galactic’s current share price (through 6 July’s close). The analysts offer a high estimate of $29 and a low of $22.