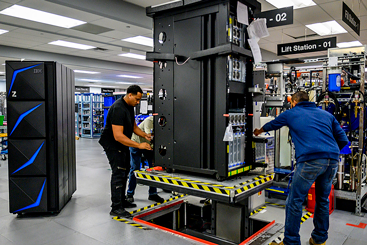 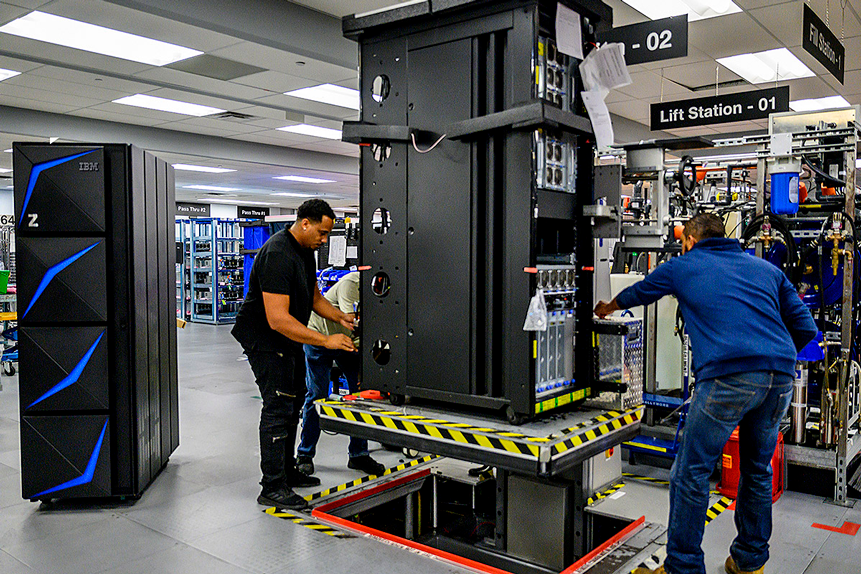 Although IBM’s share price has recovered somewhat since, it hasn’t yet managed to reach its pre-slump peak of $156.76, at which it closed on 6 February. The closest it came was on 8 June when IBM’s share price closed at $132.08, which was just a 3.7% year-to-date increase at the time.

More recently, IBM’s share price closed at its third-highest value since the March sell-off when it reached an intraday high of $129.85 on 12 January, before closing at $129.21. 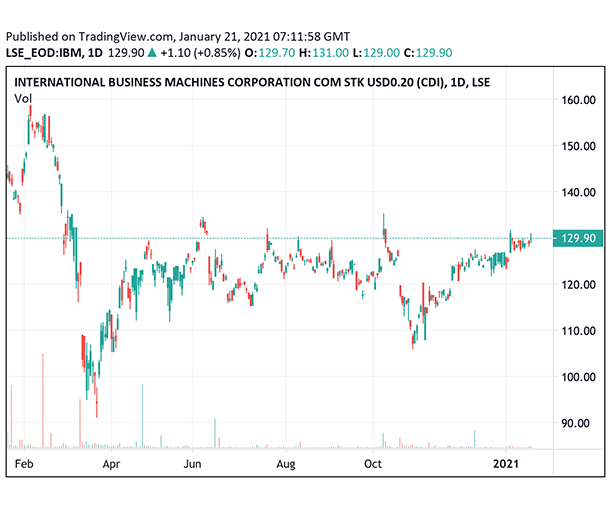 So, can investors expect a boost to IBM’s share price following its fourth-quarter earnings results on 21 January?

How has IBM been performing?

When IBM announced its third-quarter results on 19 October, it produced earnings per share (EPS) of $2.58. While this was down 3.7% year-over-year, the figures beat the Zacks Equity Research consensus estimate of $2.55 per share by 1.2% — marking the fourth consecutive quarter in which IBM surpassed analysts’ expectations.

Meanwhile, revenues for the quarter ended September 2020 came in at $17.56bn. This narrowly missed the Zacks consensus estimate by 0.3% and, compared to year-ago revenues of $18.03bn, marked a year-over-year drop of 2.6%.

“The strong performance of our cloud business, led by Red Hat, underscores the growing client adoption of our open hybrid cloud platform," Arvind Krishna, CEO of IBM, said in a statement released alongside the results, giving investors an idea of where the company’s attention is focused for strategic long-term growth.

Looking ahead to the next earnings release, analysts expect IBM to post an EPS of $1.77, which would mark a year-over-year decline of 62.4%. Revenues are expected to total $20.48bn, which would be a loss of just under 6% compared to the same time last year.

For the full year, Wall Street estimates IBM will produce earnings of $8.73 per share and revenues of $73.77bn, which would represent respective losses of 31.9% and 4.3%.

“IBM was one of the few big tech stocks that didn't rally hard in 2020. Sales had been slumping for years as the company tried to transform itself, and the [coronavirus] pandemic didn't help,” Timothy Green, wrote in The Motley Fool. “That transformation isn't yet complete, but the company is well-positioned to lead the hybrid cloud computing market.”

Among the 16 analysts polled by CNN Money, whose consensus rating of hold comes from a majority of nine, five rate the stock a buy and two rate it a sell. Meanwhile, Zacks has given the stock a consensus hold rating.

Among the 14 analysts offering 12-month forecasts on IBM’s share price, CNN Money reports a median target of $139, with a high estimate of $165 and a low of $115. The median estimate would represent an 8.3% increase from IBM’s share price as of close on 15 January.

“Trading for less than 11 times the average analyst estimate for 2021 earnings and sporting a dividend yield over 5%, IBM should appeal to both value investors and dividend investors,” Green concluded.