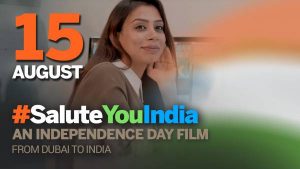 Century Financial joins the Indian community in India and around the world in celebrating India’s Independence Day with a unique tribute.

To commemorate India’s independence, Century created a unique film to celebrate the glorious moments of Indian growth story. The short film titled “Celebrating the glorious moments of India”, showcased India’s key milestones since its independence. Some of India’s memorable achievements and milestones are highlighted in a film that has been shot and created in Century with participation by some of its staff members. The film will be shared on the company’s social media platforms in remembrance of the country’s long journey to prosperity.

Subtle placement of these iconic pictures and historic soundbites that depict India’s key milestones will not only serve as a constant reminder of where India was as a nation and the challenges and triumphs it has experienced so far but most importantly where it needs to be years to come.

Some of the key milestones covered in the film cover the eve of Independence Day when Jawaharlal Nehru delivered one of the most famous speeches of the 20th century, ‘Tryst with Destiny’ to the raising of the Indian national flag over the Lahori Gate of Red Fort in Delhi on the 15th of August, 1947. Asia’s largest stock exchange, the Bombay Stock Exchange marking 100 years in 1975 to the country completing its first space mission when former Indian Air Force Pilot, Rakesh Sharma landed in space and many more.

The film starts with the present day Prime Minister Narendra Modi giving his “Make In India” speech on the government’s initiative to transform India into a digital world and goes back in time till the 1947 independence day.

The film is an effort to join the world in congratulating the spirit of India and its people to achieve more.