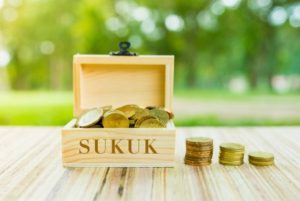 Sukuk securities are also attractive to a broad range of investors who wish to diversify their investment portfolios by seeking exposure to some of the fastest-growing economies in the GCC region and Southeast Asia – which are often less-represented in many traditional bond indexes and funds.

Sukuk serve as an alternative to conventional bonds for Islamic and non-Islamic investors and have the following features:

Sukuk can be structured in different ways to produce payments for investors. Structures include:

Recent data compiled by the International Islamic Financial Market (IIFM) has revealed that the total Sukuk issued globally between 2001 and 2015 reached a staggering $767 billion (Dh2.82 trillion). Around 96 per cent of the issuances originated in the GCC region and Asia, with the two regions contributing 22 per cent and 74 per cent, respectively. Malaysia led the global list of countries for the highest outstanding Sukuk issuances (57 per cent), followed by Saudi Arabia (16 per cent), the UAE (10 per cent) and Indonesia (6 per cent).

According to RAM Rating, Global Sukuk issuance reached $22.2 billion as at March 2017, a marginal decrease from $24.1bil recorded in the same period last year, with Malaysia maintaining its leadership by accounting for 38.5 per cent of the total issuance. Indonesia was next at 24.7 per cent followed by Qatar (9.9 per cent) and the United Arab Emirates (9 per cent).

As with any other investment, Sukuk is not without risk. Some of the most inherent ones are credit risk, default risk, price risk, interest rate risk and liquidity risk. All these risks are somewhat interrelated – in the sense that they complement each other in practice. Moreover, there are many intangibles that play a crucial role in the quality of Sukuk, especially in the GCC. Since the Sukuk securities are governed by the Shari’ah principles, there is a high regulatory risk attached with these securities.

(Dana Gas- attempted to declare its bond issue unlawful, leading to a court battle. The company in June 2017 informed its investors that it could not make payments on its $700million Sukuk bond because its structure has been deemed unlawful under Emarati Law)

The popularity of Sukuk has been growing worldwide as an attractive investment option, especially given its link to the rapidly growing Islamic economy. These securities appeal to a broad range of investors – institutional and individual, Islamic and non-Islamic.

Sukuk are a comparatively safer alternative to conventional bonds because they are backed up by actual underlying assets and thus, they can be part of a vibrant investment portfolio, yielding attractive returns. Although these securities have a regulatory risk attached to them, the probability of this risk transpiring is unlikely.

Ultimately, it’s important for investors to assess their appetite and ability to bear market-related risks and carefully analyse available options.