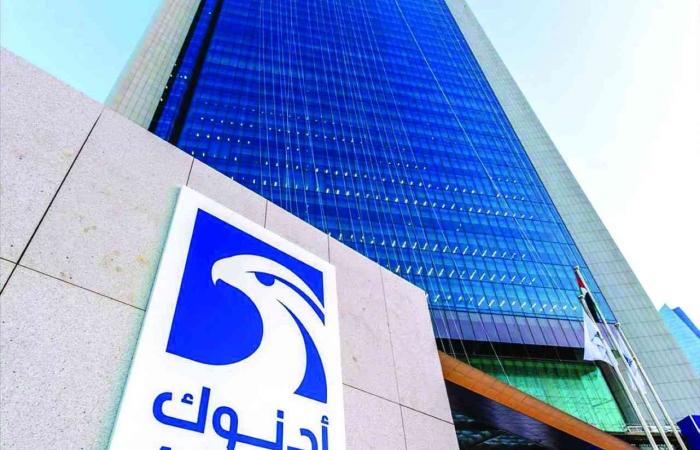 The Abu Dhabi National Oil Company “ADNOC” succeeded in providing the local capital markets with three listings within 3 and a half years, after it offered minority stakes in its companies for public subscription.

According to the “Economic Statement” monitoring, the beginning of these listings with “ADNOC Distribution” came in December 2017, when the value of the ordinary shares sold in the offering at that time amounted to 3.1 billion dirhams, then “ADNOC Drilling” in early October after an initial subscription process through which “ADNOC” collected » Revenues of more than 4 billion dirhams, making it the largest ever listing on the Abu Dhabi Securities Exchange to date.

According to the monitoring, the third offering comes from Fertiglobe, which operates in the field of fertilizers, whose shares have begun to be subscribed to in the Abu Dhabi market and will end tomorrow, Monday, for the segment of individuals and other investors in the UAE, and until October 19 for qualified investors from local and international investment institutions, and the price range has been determined. per share between 2.45 and 2.65 dirhams, which puts the market value of the company between 20.2 and 22 billion dirhams.

Experts and financial market analysts told Al-Bayan Al-Eqtisadi that the recent propositions in the local financial markets, especially ADNOC’s listings, contributed in a way to promoting the growth and expansion of markets and supporting the development of the economy in line with the Fifty Principles that chart a clear path for sustainable economic growth by focusing on Building a better and more active economy.

Experts and analysts added that offering minority stakes in ADNOC companies for public subscription is in line with the vision of the wise leadership, which has set ambitious social and economic goals to ensure a sustainable and prosperous future for the UAE. Its ability to provide more investment opportunities.

Devesh Mamtani, Director of Financial Risks and Head of Advisory and Investments at Century Financial, said that the recent listings in the Abu Dhabi market, especially for ADNOC, provide more opportunities for citizens and local and international investors to benefit directly from the successful and continuous growth path achieved by national companies.

Mamtani added that the recent proposals contribute to attracting new categories of investors, in addition to enhancing the performance of the UAE markets, diversifying sectors and enhancing liquidity, in addition to increasing the depth of local markets, which is necessary to raise their volume in global indicators.

Ehab Rashad, Chairman of the Board of Directors of Mubasher Capital Holding Company for Financial Investments, said that ADNOC’s proposals for shares of its subsidiaries represent a qualitative addition to the UAE’s successful and distinguished record in attracting strategic foreign investments, and also reflects the confidence of global investors in ADNOC and its projects. Rashad added that the great turnout witnessed by ADNOC’s proposals, and finally the unparalleled demand for ADNOC Drilling’s subscription, is evidence of the investors’ confidence in this giant company, especially with its commitment and constant quest to implement its smart growth strategy, which focuses on strengthening the proactive management of the asset and capital portfolio. This contributes to providing additional capital to be used to finance new projects in various fields, aspects and stages of business.

Ali Hassan, CEO of “Evest” for trading, said that the recent offerings in the local markets, including those of “ADNOC”, pave the way for more other offerings in the coming period, which is a good sign of improving investor sentiment.

Hassan added that these propositions will positively affect the performance of the UAE markets during the coming period, explaining that the inclusion of Fertiglobe contributes to providing opportunities for investors to further diversify their investment portfolios, as well as diversify sectors, in addition to attracting more foreign liquidity to the UAE markets and stimulating local liquidity.

ADNOC has attracted billions of dollars in foreign direct investment, as it entered into a long-term partnership agreement with a consortium of institutional investors led by Apollo Global Management (Apollo), one of the world’s largest alternative investment management companies, to invest in ADNOC’s real estate assets.

ADNOC entered the global financial markets for the first time by issuing bonds backed by the assets of the Abu Dhabi Crude Oil Pipeline (ADCOP), and concluded many strategic business partnerships through its companies in the fields of drilling, refining, fertilizers, trading of commodities, products, derivatives, and others. Fertiglobe, which was established in 2019 as a joint venture between OCI and ADNOC, is the world’s largest exporter of seaborne ammonia and urea, and the largest producer of nitrogen fertilizers in the Middle East and North Africa region.

The total production capacity of Fertiglobe’s production facilities in the UAE, Egypt and Algeria is 5.1 million metric tons per year of urea, and the net production of ammonia is 4.4 million metric tons, as its nitrogen fertilizer products are necessary to meet the requirements of global food production with the increasing growth of the world’s population.