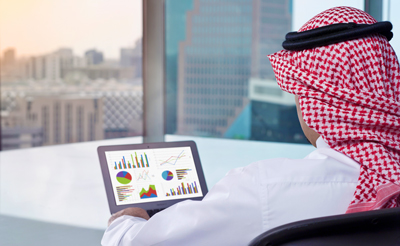 Dubai’s equities index led gains in the Gulf Sunday as traders focus on the long-term prospect for oil, shrugging off the first week of decline for Brent in two months.

The DFM General Index finished 1% higher after the city at the weekend announced an urban plan for the next two decades. Gauges in Saudi Arabia, Abu Dhabi, Oman, Kuwait and Qatar also rose.

Stock markets in the Gulf followed an increase for an index tracking emerging-market peers last week, sustaining gains even as crude, the region’s biggest export, posted the first weekly retreat since Jan. 15. Higher oil prices have been fueling gains for shares in the region, particularly in Saudi Arabia, where the main index is trading at the highest level since mid-2015.

“We are still bullish on oil,” said Ali Malik, an investment adviser at Bank of Singapore who sees Brent reaching $72 a barrel in two months’ time. “It will limit itself at a point, but we are still far away from that point.”