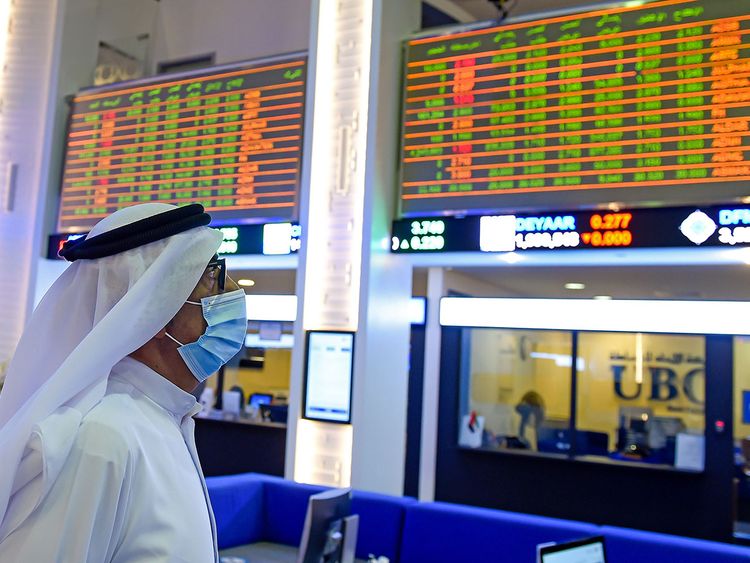 Dubai: First, the bad news – investors are starting to get really worried about what they should be doing with their stock holdings. The result? US stocks, including some of the bluest of blue-chips, took a beating on Wednesday (May 18) and which extended into sharp sell-offs in most Asian markets.

Oil prices are on the rise again as Shanghai takes a big step towards reopening following three days of no new cases in the broader community. Restrictions have been tight in many cities across China which have helped keep a lid on oil prices in this very tight market. But with activity now likely to pick up, crude prices could be on the rise once more.

But it was ADX that brought the cheer and the good news. The Abu Dhabi index was up 1.13 per cent, with market-setting stocks such as IHC and Alpha Dhabi gaining 8.75 per cent and 1.17 per cent, respectively. (The latter had announced a Dh9 billion participation in a new venture capital fund that will look at investments in the US and elsewhere, in areas such as AI and fintech.)

“Even with a brutal sell-off in the US, ADX’s gains can be fully attributed to IHC since the stock rose by 7.6 per cent after the Dh7 billion strategic investment in India’s Adani Group portfolio companies,” said Vijay Valecha, Chief Investment Officer at Century Financial.

ADX has gained 18 per cent year-to-date while the US global benchmark is down 17 per cent.

In Saudi Arabia, investor sentiment seems mixed, with the Tadawul dropping 2.75 per cent on Thursday, mostly driven by oil’s price flip-flops. “Surging inflation and aggressive Fed tightening could result in an economic slowdown and which could lead to lower oil prices in Q3/Q4 of 2022,” said Valecha. “If that happens, demand could weaken for oil and Gulf economies will feel the brunt, and that sentiment has dragged down the Saudi market.” (Brent crude is at $108.3 a barrel on Thursday afternoon.)

The Abu Dhabi stock market continued to recover thanks to the strong oil prices and could reach its peak. The market is also seeing support from the announced IPO of ADNOC’s subsidiary, which could be one of the largest this year. The Dubai market recorded significant increases in the last few months and could see additional price corrections along with other international markets.

What should investors do?

Depending on whether the prevailing mood is risk-free, then they should be looking even more closely at value – real value, mind you. Any company with the promise of solid dividend payouts – think DEWA and the promised one from the UAE’s latest IPO Borouge – should keep investors insulated against any future corrections. Repeat the process elsewhere as well.

“Record inflation levels worldwide hint at adding inflation-hedging stocks to one’s portfolio and one could consider utility service companies like DEWA, e& (formerly Etisalat), du and consumer staples such as Dubai Refreshments,” said Valecha. “These stocks may be less impacted by the overall selloff in the broader market.”

Analysts are starting to repeat the dreaded ‘stagflation’ chant, whereby economies suffer through rising consumer prices, high unemployment and tepid growth. Is such a scenario worse than whatever a recession brings in its wake?

“A recession would imply that even though current monetary tightening moves will send the global economy into restrictive territory, a higher rates complex will at least succeed in its intended goal of quashing inflation pressures,” writes Simon Ballard, Chief Economist – Markets Insight & Strategy at FAB Global Markets.

Not so with stagflation. “Global markets overnight – and again this morning – appear to be pricing in the far more worrying scenario of stagflation developing over the coming months, fueled by the combination of rising and perhaps largely interest rate-resilient global inflation, tighter monetary policy by the Fed and the BoE, subsequent slowing global economic growth as well as disrupted supply chains due to the war in Ukraine, all alongside China’s restrictive zero-Covid policies,” said Ballard in the note.

Each of the points he notes on their own have the power to hurt the global economy. Taken together, they constitute quite the nightmare scenario.

Many countries are facing a cost-of-living crisis and, to make matters worse, the cost of borrowing is rising too. As a result, there have been aggressive falls in assets, such as stocks, industrial metals, and cryptocurrencies. Oil is holding up relatively well, but that is due to concerns about supply rather than robust levels of demand.

Unless investors want to do a Warren Buffett redux and make some buying the dip, they are better off on the sidelines. Only the brave would think of pumping crypto-assets back to anywhere close to their earlier prominence, while gold, for now, seems bound to the $1,800-$1,820 an ounce range.

Or the stock markets could bounce back overnight. According to Ballard at FAB Global Markets, “Given the magnitude of the US selloff into the close (on Wednesday), we would suggests that there could be an element of ‘dip buying’ today. US stock futures certainly also suggest that this could be the case…”.

So, which button will investors push? The risk-off? Or risk-on?