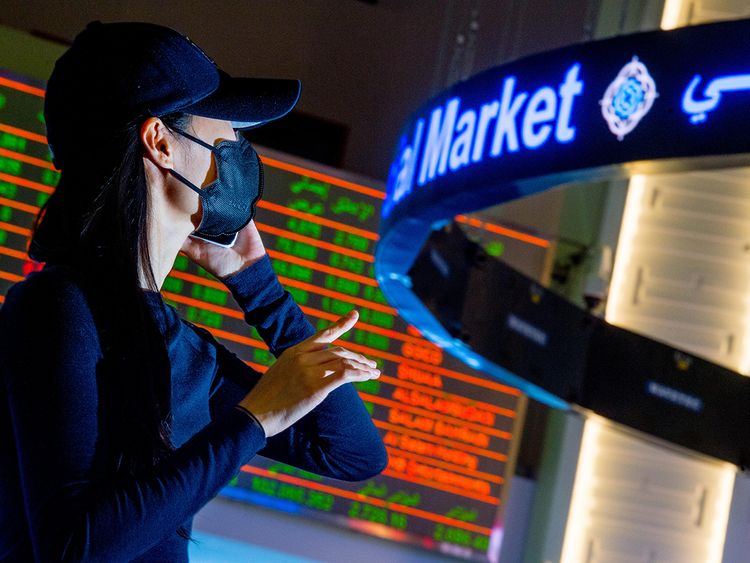 The Dubai Financial Market gained 0.21 percent while ADX declined 0.01 percent as sovereign treasury yield movements set off some uncertainty. The week went by saw US 10-year treasury yields spike to 1.61 percent, which cast its shadow on UAE equities. Currently, the 10-year yields are near 1.40 percent.

Let us today take a look at the homegrown financial services champion of UAE. BH Mubasher, listed on DFM with a paid-up capital of Dh564 million, is in the news for all the right reasons. The stock has rallied by almost 30 percent since the beginning of the year.

Recently, it announced stellar 2020 results with revenues of Dh41.07 million, and the best in its history. Revenue had grown by 68 percent, and its bottom-line rose 1,653 percent to Dh5.77 million. Reflecting the increased activity in global and local stock markets, the income from commissions almost doubled to Dh22.67 million from Dh11.38 million.

BH Mubasher was also able to reduce the long-term component of its liabilities, from Dh4.96 million to Dh4.24 million.

In December, BH Mubasher Financial Services PJSC was ranked first among DFM brokers on the value of trades. This position is a sign of the company gaining market share from established players. In December, the total value of transactions amounted to Dh1.55 billion, and it had a market share of 13.79 percent.

The company's vision is to be a boutique investment firm that offers full-fledged services. The recent moves of the management seem to be in that direction. At the beginning of the year, the company was granted a short-term margin trading license, making it the first on DFM to obtain this.

The initial margin on short-term margin trading products can be as low as 25 percent. This facility will help BH Mubasher boost trading volumes and revenues since it can provide high leverage to its customers to buy securities listed on DFM.

It also got a license as a securities lending and borrowing (SLB) agent from ADX and DFM. This authorizes the company to process securities transactions on behalf of others. This will help clients of BH Mubasher to take short positions to hedge their longs.

BH Mubasher is poised to benefit in the emerging UAE financial landscape. And this should reward its shareholders.