Gulf News - Dubai’s real estate is now taking a fancy to Bitcoin. Read to find out how! 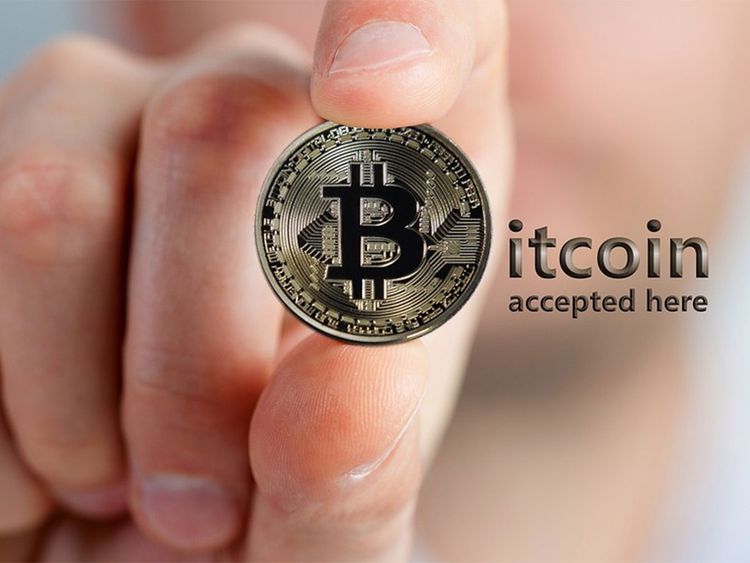 Cash and mortgages needn’t be the only way you buy a home in Dubai. If you have stocked up on Bitcoins, and their prices happen to be flying high at the moment, that’s all you need to pay for the deal.

This is exactly how more buyers are financing their purchases in Dubai.

And it’s as easy as using cash or a bank loan to get the keys to the home. Al Msaddi says that developers in Dubai are willing to offer buyers the option to add Bitcoin to that mix.
“The way it works is that the developers who accept Bitcoin sign the SPA (sale and purchase agreement) based in Dirhams only,” he added.

“However, they run their own KYC (know-your-customer) programmes and work with buyers to engineer the structure of the transaction in a way that works for both parties.

“As things stand now, no developer signs SPAs based on Bitcoin. It is a lot to do with accepting the process and the channel in which the payment can be made to developers.

“It is still very limited… but it is growing as the legal framework around it is maturing in the UAE. I’ve only heard of Bitcoin as it is the main cryptocurrency.”

When to take out those Bitcoins?

Cryptocurrencies have been around for some time, with Bitcoin being the most popular one. And as has been widely commented upon, there was a period last year when everyone seemed to be piling into Bitcoins and jacking up the value. It was as if this crypto was on its way to be the new gold standard of these times.

But then gravity intervened and Bitcoin prices were brought down to Earth. Now, after a prolonged period, these are starting to inch higher. Enough for property buyers to once again start using them to pick up an apartment, a villa, and in some cases, an entire building.

“We executed one bulk transaction - but not for a tower - via Bitcoin payments,” said Al Msaddi. “Yes, both developer and investor have to agree on every step of the (payment) way.”

“In the last three- to four-month period, Bitcoin prices have had a wild swing with volatility,” said Vijay Valecha, Chief Investment Officer at Century Financial. “Looking at the absolute range, over this period, Bitcoin had a high of $9,600 (Dh35,260) and a low of $6,425 (Dh23,598).

“As such, exchanges have seen good trading interest over the last quarter.

What the UAE law says?

Before cryptocurrencies go mainstream, the laws of the land and security features will need fine-tuning. The UAE Central Bank currently prohibits use of virtual currencies to conduct online transactions or as a mode of payment.

A way out would be for both parties to go via a licensed third-party operator to get the deal cleared and ensure that all transactions are done in line with UAE laws. There are already such crypto trading firms operating under Dubai and Abu Dhabi jurisdictions. (Think of them as doing the role of estate agents in a traditional property purchase.)

This is how real estate deals involving Bitcoin have been structured in the recent past.

“In December last, it was said that the UAE Central Bank does not approve of any virtual currency and has not granted a licence to any financial organisation to facilitate cryptocurrency transaction processing,” said Valecha.

But, at the same time, the Securities & Commodities Authority, the UAE regulator, has published draft regulations for crypto asset trading. “Very recently, it sought public feedback on regulation in this space, and in early 2019, the UAE government and Saudi Arabia announced an agreement to cooperate on the creation of a cryptocurrency to better understand the implications of blockchain technology as well as facilitate cross-border payments,” Valecha added.

As and when the laws are in place, Dubai’s real estate market would have seen its fair share of Bitcoin led transactions.

In November, Ellington Properties confirmed it had chosen Bitcoin Suisse (BTCS) as its preferred crypto brokerage provider, “adding to the payment options for its base of international customers,” the company said at the time.

But with anything crypto, don’t attempt to fast-track the process. And don’t crimp on the due diligence.

A word of advice

“Deal with reputable companies that have already executed transactions in Bitcoin payments,” said Al Msaddi. “Choosing every party involved in the process of selling based on Bitcoins is very critical to the safety of the transaction - for both buyer and seller.

“Qualifying every party involved in the process is very important. At fam Properties, we go through a well-tested qualifying process before choosing the right crypto company to work for.

“Our main criteria is choosing a company that is fully in compliance with the UAE laws.” Last month, fam tied up with Huobi, licensed by DMCC, to offer secure crypto payment options for its real estate investors.

Rule of thumb to remember

In any property investment, the golden rule is that a buyer should have covered all bases before closing it. It becomes even more of a need when a property is being financed through Bitcoin.

A checklist would involve determining whether the property in question is being built by a reputed developer. And whether all the paper work related to it are in order.
Now, with crypto involved, the buyer and seller will need to go through a licensed crypto trading firm. Get that bit wrong, or the buyer and seller try to cut corners, then things could get messy.