Gulf News - How soon will Dubai developer Hussain Sajwani pick up another 17.785% in Damac? 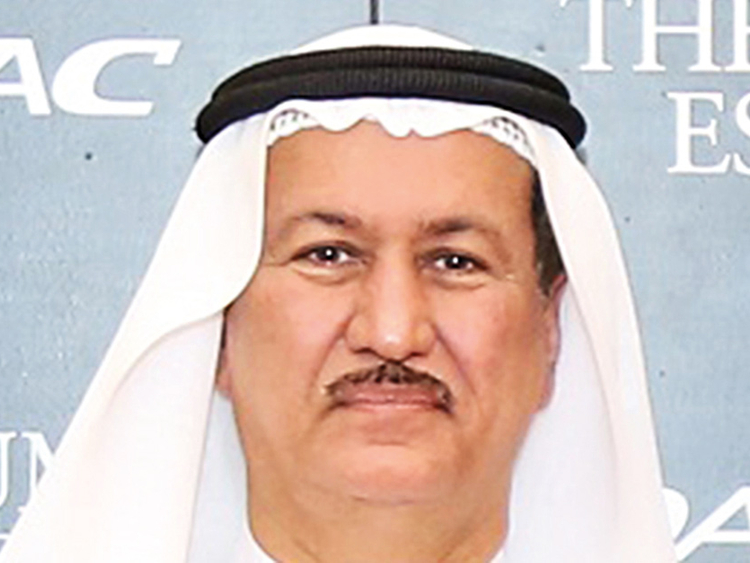 Dubai: Hussain Sajwani will have one immediate priority – get to ‘90 per cent plus 1’ ownership of Damac at the earliest opportunity. Once he does that, it should all be smooth running in his plans to take the Dubai real estate developer back into full private ownership.

According to the rules, once the ownership touches 90 per cent plus 1 share level, Sajwani through his operating company Maple Invest Co. can exercise the right to acquire shares of even those who do not want to accept the offer. Once that point is reached, it will only be a matter of time before Damac Properties gets to be fully owned by Sajwani. Maple is an investment vehicle in which Sajwani has full ownership.

And lead up its delisting from the Dubai stock market – and making it the second biggest name to do so in the present. It’s interesting that Sajwani made his intentions to go private during the week that Meraas announced it would be informing Dubai Financial Market to de-list DXB Entertainments, the theme park operator.

It won’t end there – Emaar Malls should be the next big one to de-list as the parent company Emaar Properties takes its back into private mode. "Companies going private is the strongest signal yet that their managements believe the underlying assets are being undervalued by the markets," said Sameer Lakhani, Managing Director at Global Capital Partners.

Will Damac’s other investors cash out?

Sajwani holds 72.215 per cent in Damac as of now, and the offer through Maple will extend Dh2.18 billion to those shareholders holding the 27.785 per cent. And they are being offered to sell their stakes at Dh1.3 apiece.

Damac’s shares dropped to Dh1.28 in heavy trades yesterday (June 9) after the announcement of Sajwani’s intention. Clearly, some were not interested by the value on Damac’s buy offer of Dh1.3 a share. Vijay Valecha , Chief Investment Officer at Century Financial, is one of them.

“The deal doesn't seem fair - at Dh1.3, Damac will be taken private at a valuation of Dh7.86 billion,” said Valecha. “The company has cash and cash equivalents of Dh5.6 billion and total debt of Dh3.53 billion, effectively giving it a takeover rate of Dh5.80 billion.

“That’s quite cheap for a company expected to have revenues of Dh4.44 billion in 2021.” The question will a majority of Damac shareholders – those who do not answer to the name of ‘Hussain Sajwani’ – share that view?

No cut-off date has been mentioned in the open offer from Maple. The Damac Board of Directors’ members will have to evaluate the offer formally. Sajwani has recused himself from the decision given his role at Maple.

It was in March that Emaar Properties confirmed its intention to make its retail subsidiary Emaar Malls private.

"The merger is subject to a number of conditions, including the approval of the merger by vote of shareholders who own at least 75% of the shares of Emaar Properties and Emaar Malls," said Vijay Valecha of Century Financial. "The SCA (Securities and Commodities Authority) has to approve the merger. As of now, the process is not completed."

Dates to be announced

This is where reaching the ‘90 per cent plus 1 share’ mark is vital for Sajwani and Maple. The offer shall not become unconditional until Maple has received “valid acceptances” adding up to at least 90 per cent of Damac’s issued share capital. One that mark is reached, those shareholders not willing to sell out can be ‘squeezed out’ using existing stock market regulations.

Some market watchers reckon Maple may have to “sweeten” the offer further. “A good number of investors would have misgivings,” one analyst said. “They are aware that the offer is being made when Dubai real estate is beginning to look up again.

“The Damac management is trying to take advantage of the current scenario.

"Taking companies private implies punishing of investors who had subscribed for the IPO and are now powerless to capitalize on the undervaluation of the company. This acts as a further disincentive to invest in capital markets - especially for smal investors. A more activist approach may be needed to galvanize investor interest."

That Sajwani wanted to take Damac private was more or less known in the investor community for more than a year now. Getting back full ownership was seen as a better way of managing one of the region’s biggest private sector developers at a time when the property market situation was volatile.

Armed with the knowledge of Sajwani’s intentions, investors boosted Damac’s shares by 45 per cent in the last 24 months – a period during which the developer reported sizable losses as well.

In an update issued on Wednesday evening, the rating agency S&P said: “We understand that delisting will not have any effect on Damac's balance-sheet, since the consideration will be paid by the acquirer (Sajwani through Maple). We also note that Damac cannot distribute dividends due to restrictions under its bond indenture. Therefore, we expect Damac's credit metrics will be unchanged, in line with the 'B' rating and negative outlook.”

But for Damac’s shareholders in the open market, this will not have much bearing. They will have to decide whether the Dh1.3 they have been offered is good enough… or not.

Then wait to see Maple’s next set of moves to try and reach 90 per cent of ownership in Sajwani’s favour. When that’s done, it will all be plain sailing for Sajwani.