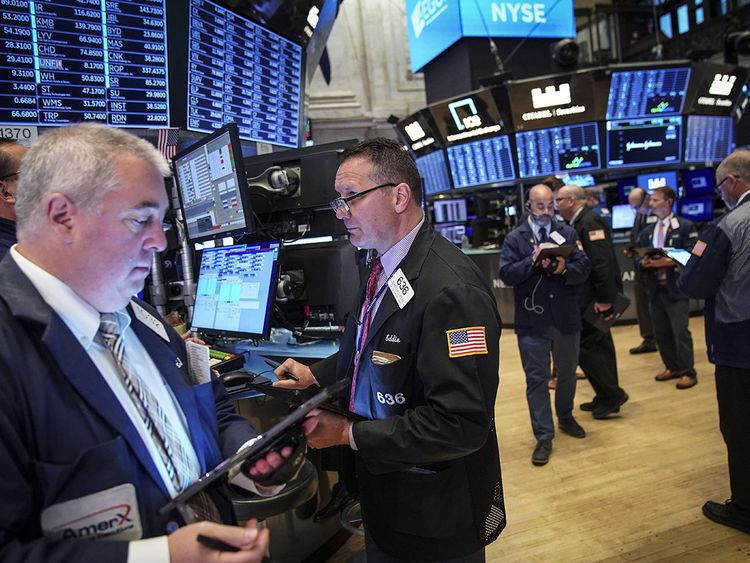 Dubai: Investors braced for another tumultuous week ahead, as markets roil in a panic to the escalating worldwide spread of a deadly virus outbreak.

Global markets traded deep in the red last week, with indices on Wall Street plummeting from a record peak. During the week, the Dow Jones sank 11 percent, the S&P 500 fell 8.6 percent and the Nasdaq shed 4.5 percent, booking their worst weekly declines since the 2008 financial crisis.

All totaled, global equity markets have wiped out $7 trillion since a spike in infections outside China was reported on February 19, with the US market alone shedding $4.3 trillion, according to Howard Silverblatt, the senior index analyst at S&P Dow Jones Indices. And declines are not seen ending just yet.

“Going ahead, market sentiment is likely to remain extremely bearish as weak Chinese PMIs (manufacturing data) and the first coronavirus-related death in the US may trigger further risk aversion,” Valecha added.

While other analysts too cautioned that market sentiment will remain highly bearish for now, there is the hope of a rebound as historically such steep declines have resulted in indices eventually recovering.

“The level of panic has become very extreme and the level of downside price movement is pretty extreme,” said Jim Paulsen, chief investment strategist at the Leuthold Group. “All of that is to be more of a sign that we are getting closer to the beginning of the end of it.”

The dreary outlook for the week could change this weekend by coronavirus headlines or by some sort of intervention by central banks. Expectations are rising on Wall Street that there could be some potential move from the Federal Reserve to get ahead of what could be another rough week.

“If the virus continues to spread and the Fed and other central banks don’t deliver the easing that markets are now discounting, the turmoil in equity and bond markets would probably become even greater,” said Jonas Goltermann, Senior Economist in the Global Markets team at Capital Economics.

Market panic over the fast-spreading new coronavirus is uncalled for, said the World Health Organization’s director-general Tedros Adhanom Ghebreyesus, when speaking at an International Humanitarian Forum in Riyadh, calling for markets to “calm down and try to see the reality”.

Governments around the world have been rushing to contain the contagion’s spread, with the US announcing additional travel restrictions affecting Iran, Italy, and South Korea, which have emerged as major hotspots of the new virus.

“Based on the facts on the ground, containment is possible,” Ghebreyesus added. “But the window of opportunity for containing it is narrowing – So we need to prepare side by side for a pandemic.”

The World Health Organization hasn’t declared the viral infection a pandemic, but the disease, from the family of viruses known as SARS, or severe acute respiratory syndrome, has sickened people in China, South Korea, Japan, Malaysia, Italy, and Iran.

Investors will also likely grapple this week with more warnings from major companies about broken supply chains and easing demand due to the outbreak. Apple, Microsoft, Nike, and United Airlines have all sounded alarms that they will not meet their earnings and revenue guidance because of the virus.