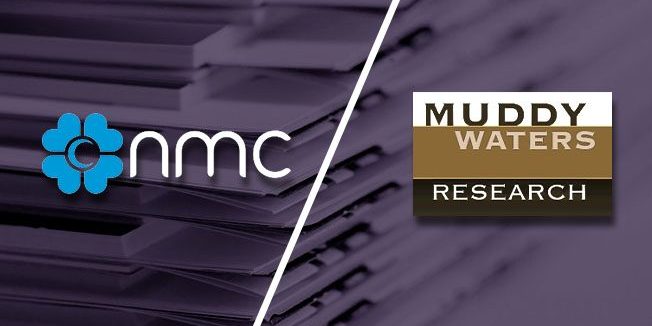 Dubai: UAE’s NMC Health responded in detail and rebuffed US short-seller Muddy Waters’ scathing attack from earlier this week, but investors were unconvinced as shares continued to spiral downward.

But NMC’s London-listed shares dropped over 15 per cent on Friday, now declining for four straight days, indicating that investors remained sceptical of the rebuttal or the so-called workarounds implemented by the UAE-focused hospital operator as opposed to the short seller's claims. NMC has lost over 50 per cent or $3 billion in value so far.

“Even though shareholders of the NMC stock would like to take the Muddy Waters report with a grain of salt, it would be really worth watching if the regulatory authorities in the UK and UAE take matters into their own hands and go for a further full-fledged investigation," said Vijay Valecha, Chief Investment Officer at Century Financial. "If this actually happens, it will surely dent investor credibility of the group on a whole."

UAE’s Ministry of Health said in a statement that it did not speak to Muddy Waters on NMC Health.

Muddy Waters questioned NMC’s use of certain financing methods that do not get recorded as debt in its balance sheet. In response, NMC said these facilities are “commercial matters” for its suppliers, adding it has never told investors that its suppliers “have not used, or are not using” these techniques.

The methods are accounted as ‘trade payables’ in the balance sheet, NMC said, justifying how suppliers get discounts in return for immediate payment from the lender, who then collects the full amount from NMC.

The Financial Times reported on Friday that NMC held talks this year to raise 200 million euros in ‘off-balance sheet’ debt to fund new hospitals, citing people familiar with the matter.

The US short-seller also accused the company of “deliberately” understating its debt by about $320 million for the fiscal 2018 year by incorrectly reporting leases associated with its Aspen Healthcare acquisition.

The company denied the claims. It said that before IFRS introduced a new accounting standard for leases since January this year, leases were not required to be accounted for as liabilities, but simply entailed “a charge for rent” to the income statement, and accounting treatment “consistent with best practice”.

Muddy Waters alleged the company’s margins were “too good to be true” relative to UAE-focused peers Mediclinic and Aster DM Healthcare.

NMC, in response, said that the margin comparison given with the competitors is “again misleading and not comparable”. It said since 2014 when it had lower margins when compared to Mediclinic, it has added high-margin long-term care, home-care, IVF and cosmetic businesses, helping it “sustain higher margins over the years”.

In its report, Muddy Waters also argued that the price paid for developing its BrightPoint Hospital in Abu Dhabi, one of the six projects announced at the time of NMC’s IPO in 2012, “suggests significant overpayment”.

In response, NMC argued that the costs spiked after the project was delayed due to challenges with developing a vertical 17-storey hospital, rather than a horizontal one, and issues relating to “floor weight and cladding”. It added that the reported costs were disclosed adequately in the annual report and that the comparisons made by Muddy Waters were “erroneous”.