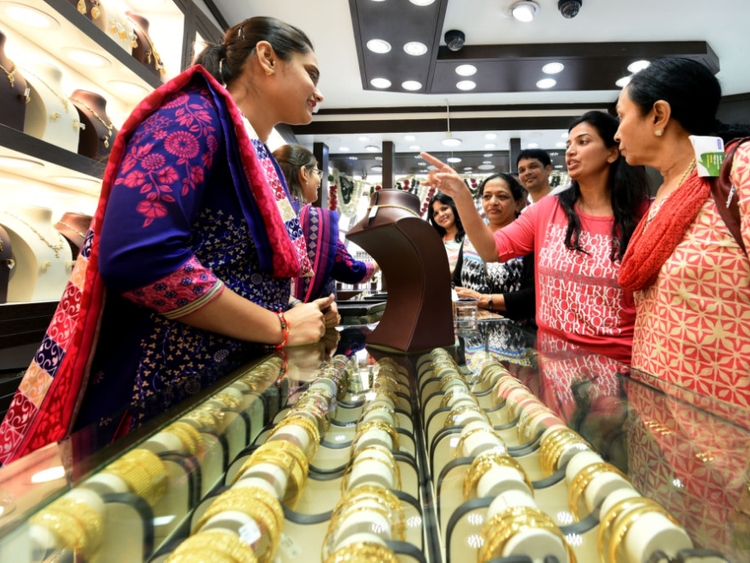 Gold jewellery prices in the UAE have been on the downtrend over the last few days due to a strong US dollar, but some analysts warned that the trend may reverse soon.

The precious metal suffered its worst period last week since early December, and on Friday alone, spot gold dropped 0.2 per cent to $1,329.16 an ounce.

For this week, analysts in a Kitco survey are split as to whether gold will go back up again, with barely half (47 per cent) of experts in the Wall Street saying they are betting on the metal to stage a rally, while  41 per cent said they’re expecting the downtrend to continue.

According to Ole Hansen, head of commodity strategy at Saxo Bank, the yellow metal is still feeling the pressure from a rebounding US dollar.

“Gold prices are presently being reined in by bond yields, the strong dollar and hawkish FOMC (Federal Open Market Committee),” Hansen said in a note.

“We, however, maintain a positive outlook in the belief that inflation and geopolitical concerns – of which there are currently plenty – together with the potential risk that another stock market setback and weaker-than-expected economic data will continue to attract demand from investors seeking tail-end protection.“

But for Devesh Mamtani, head of investments and advisory for financial markets at Century Financial, the expectation of multiple interest rate adjusments this year may drive investors away from gold.

“Interest rate hikes and the dollar strengthening are likely to remain the key factors to drive the price action in gold as the geopolitical events take a backseat,” Mamtani told Gulf News.

“Gold is currently trading in downward trend and may test the 50-day moving average of $1,319 an ounce on its way towards the $1,305 levels.”