Is this a good year to sell in May and go away? 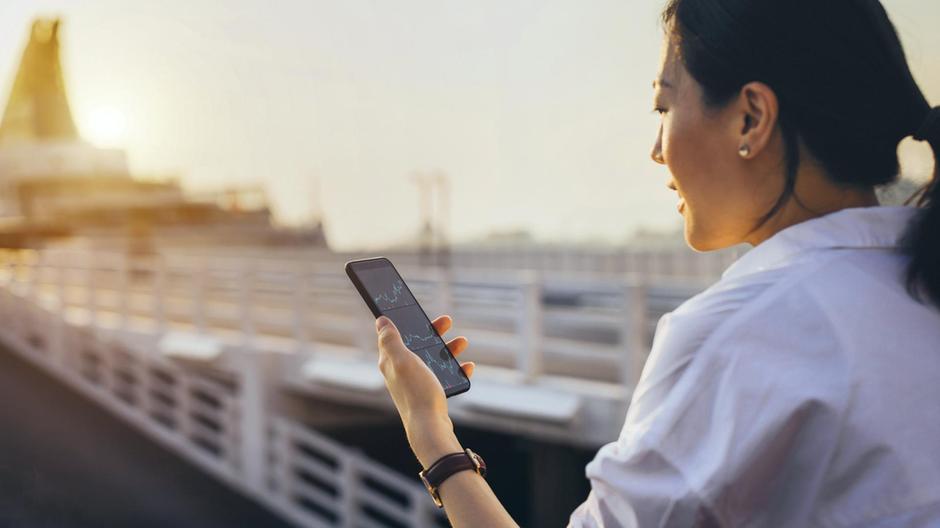 These are bewildering days to be an investor. Thrilling, in many respects, as commodities boom and the US S&P 500 tests all-time highs. Also unnerving as we live in such turbulent times.

So many of the financial rules that have governed our lives for decades have been torn up, and we don’t yet know where the pieces will land.

The age of austerity is over as the US and others pump out unprecedented levels of stimulus to fight off the economic impact of the Covid-19 pandemic.

Globalisation is going into reverse as the pandemic persuades countries to repatriate supply lines and build up key industries, notably pharmaceuticals.

Cryptocurrencies are rampant, inflation is a growing worry and market madness is rife, yet we don’t know when the coronavirus will be beaten as deaths spiral in India, Brazil and elsewhere.

Asset prices could climb higher, then come crashing down. Anything could happen.

You need to be brave to invest new money in this market, but so far that has been the way to bet as share prices keep climbing.

The latest US earnings season has been surprisingly strong, with tech titan Amazon reporting a 41 per cent rise in first quarter net sales to $108.5 billion, while Apple posted a 53.6 per cent rise in its fiscal second quarter revenue to $89.6bn.

Some will be tempted to take their profits and fix things out for a while, at least until the future looks a little clearer.

Could this be the year to abide by the hoary old investment mantra, “Sell in May and go away, don’t come back till St Leger Day”?

The saying dates back to the days when City of London stockbrokers abandoned their desks to enjoy the “summer season” of sporting and social events such as Wimbledon, the Henley Royal Regatta and Chelsea Flower Show, culminating in the St Leger horse race festival in September.

History suggests that stock markets are sluggish during summer, but perk up in the autumn and winter and culminate in an end-of-year Santa rally.

Mr Beauchamp says investors have been reluctant to chase share prices even higher, after recent strong rallies. “This ebbing of momentum is the big problem facing markets right now.”

Naeem Aslam, chief market analyst at AvaTrade, says while many are optimistic over the easing of coronavirus restrictions, this must be set against the worsening situation in India, which has weakened oil prices.

“Oil traders still believe that the coronavirus is going to have a profound influence on demand,” Mr Aslam adds.

Inflation is another concern, with US Treasury Secretary Janet Yellen spooking markets by warning that President Joe Biden’s stimulus plans could trigger inflation, forcing the Fed to increase interest rates to stop the economy from overheating.

There are signs of rising inflation everywhere, especially in the commodity market, with the price of copper flying past $10,000 on high demand and dwindling inventories. Lumber has risen 280 per cent, as builders battle for supplies.

Bond yields are picking up in expectation, with 10-year US Treasuries yielding 1.61 per cent, roughly three times more than a year ago.

Steen Jakobsen, chief investment officer at Saxo Bank, expects both commodities and yields to rise, with 10-year Treasuries heading towards 2.5 per cent, which will “create havoc”.

“There is a recognition that inflation is structural and under-measured. Bottlenecks are getting worse and companies are repricing products higher,” he says.

Mr Jakobsen is “struggling to navigate the present macro environment” and pins buoyant share markets on fiscal stimulus rather than strong earnings.

He is also wary of market euphoria amid “crazy stories” like the valuation of a deli in New Jersey at more than $100 million, despite sales totalling just $36,000 in the past two years.

Fawad Razaqzada, market analyst at Think Markets, is more optimistic and says fears over monetary tightening may be overdone. “Even when the US Federal Reserve and other central banks start tightening, interest rates will still likely remain very low.”

Mr Razaqzada counts himself among the optimists for now, saying that “any near-term share price weakness will probably be a buying opportunity rather than a reason for the bears to pounce”.

So yes, this market is impossible to call but then isn’t every market? While there is some historical evidence that selling in May does work, you have to be brave to do it. Or naive.

While history suggests that June is the worst month for the stock market (and December the best), Adrian Lowcock, head of personal investing at Willis Owen, says data supporting the “Sell in May” theory is far from clear.

One danger is that you sell in May, only to buy your shares back at a high price in September as markets continue to rise. Another is that you won’t get any company dividends while out of the market, Mr Lowcock adds.

“When dividends are reinvested, then investors who sold in May would have triumphed just nine times in the 36 years to 2020, a poor strike rate of 25 per cent.”

Investors may regret missing out on this summer in particular, as lockdowns ease and bored consumers splurge their pent-up savings in restaurants, buy clothes, cinema tickets and maybe even holidays overseas.

Mr Lowcock says some corners of the market now look pricey, while others may now play catch up. “Cyclical and value stocks remain some way off their pre-Covid-19 levels and could benefit from further relief rallies.”

Jason Hollands, managing director of fund platform Bestinvest, says some summers have been volatile, but others have seen thumping returns. “People tend to remember periods of losses more than the times of gains.”

Selling up for the summer also results in unnecessary trading costs and potential tax charges, depleting your wealth, he adds.

This could be a particularly bad summer to sell as the post-Covid-19 rebound may still have a lot further to run, Mr Hollands says. “After a hugely challenging period, 2021 looks set to be a year of sharp recovery.”

Devesh Mamtani, chief market strategist at Century Financial, says shifting out of stocks because valuations look too high has been a losing strategy in recent years and could prove even worse today. “In the era of meme stocks, fear of missing out and Reddit-fuelled share trading insanity, there is scope for exponential gains.”

He says annual inflation figures look “artificial” as the world was in lockdown a year ago. “Even if prices remain flat over the next few months, inflation will rise as the base comparison is lower.”

“Instead of trying to time the market, stay invested for the long term. The longer you give your money to grow, the more it should compound. The best answer is to do nothing.”