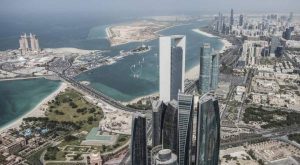 Thanks to its strong assets base, high oil income and revenues from value-added tax, Abu Dhabi will post a budget surplus and is well-positioned among GCC sovereigns to overcome its funding needs over the next three years, analysts said.

Monica Malik, chief economist at Abu Dhabi Commercial Bank, said the capital’s fiscal position has strengthened substantially with the reforms, consolidation and the rise in the oil prices.

“We expect to see a fiscal surplus in 2018. We believe that these factors and the strong fiscal buffers are supportive of a shift to an expansionary fiscal position, which should in turn bolster economic activity in 2019,” Malik said.

According to global ratings agency S&P, GCC countries will need around $300 billion to meet their financing needs between 2018 to 2021 with the majority related to Saudi Arabia.

S&P expects the funding needs of the GCC sovereign will have as percentage of GDP during the next three years.

In order to meet their funding needs, Kuwait and Abu Dhabi will rely more on assets while Qatar and Bahrain’s financing needs will be met almost exclusively with debt.

Saudi Arabia’s deficit makes up the majority – 50 per cent – of the GCC sovereigns’ expected $300 billion financing needs in nominal terms, but as a proportion of GDP is similar to that of Abu Dhabi and Oman in 2021, at 5 per cent. Kuwait, however, represents 20 per cent of the total, reflecting fiscal deficits widening to about 13 per cent of GDP, at least in part linked to mandatory transfers into the Future Generations Fund.

The Abu Dhabi and Kuwait governments hold liquid assets which are more than 100 per cent of their GDP, which positively effect the ratings of the countries and help them combat against economic cycles.

The reduced financing needs means and highly liquid assets will ensure that there will be plenty of liquidity in the UAE for projects such as Expo 2020, airports expansion, the Dubai Metro and other mega infrastructure projects.

Official data revealed that there is already plenty of liquidity in the UAE banking sector.

In addition, some analysts have projected that oil prices will hit $100 per barrel within months, which will further boost revenues for the GCC governments and help them overcome their funding needs.

“We expect that debt issuance will meet 70 per cent of the $300 billion financing requirement. Gross debt has increased on average from 14 per cent of GDP at the end of 2014 to an estimated 38 per cent of GDP by the end of 2018, as a result. We expect that Bahrain and Qatar will finance the vast majority of their deficits through debt, while Abu Dhabi and Kuwait will draw more on their assets, and Saudi Arabia [and Oman] will show a 70:30 split,” Young said.

“Abu Dhabi is among the top three of the world in terms of sovereign liquid assets  as a percentage of the GDP. The liquid government assets of Abu Dhabi are at Dh2.3 trillion and they come to around 230 per cent of GDP. This kind of a gold-plated balance sheet affords Abu Dhabi the luxury to borrow at the best rates of the world and sometimes it can be argued that Abu Dhabi doesn’t even have a need to take loans through bond issuance. It has created a scenario where institutions across the world are willing to lend money to Abu Dhabi,” added Vijay Valecha, chief market analyst at Century Financial.

“The bounce-back in oil prices means that fiscal deficit will be marginal in 2018 and budget will be balanced in 2019. Nevertheless, there is a strategic purpose behind the UAE issuing bonds in international markets. The purpose is to protect liquidity in domestic banking system and also inculcate proper financial discipline among various government departments. Based on the current requirements and the expected stimulus plan of Abu Dhabi, the funding requirements of 2019 are not expected to cross 1.5 per cent of GDP. So it means the maximum bond issuance might not be more than $5 billion in 2019.”