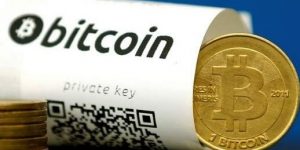 Khaleej Times – Are cryptocurrencies right on the money?

Shrugging off global concerns about the volatility in cryptocurrency markets, a UK-based company announced the launch of its own digital currency in the UAE, with a listing on Sweden’s Nova Exchange and an application for a licence with the Central Bank of the UAE underway, its CEO said on Sunday.

According to Money Trade Coin CEO Amit Lakhanpal, it was offered only in the US, Europe and Asian countries where its legal and will not be available in countries that support terrorism.

“Though laws are not framed here for cryptocurrencies here, we announced the launch in Dubai because the UAE is hub of traders. This is the best trading platform; this cryptocurrency has been designed that meets all the anti-money laundering norms,” he added.

The company has appointed a legal entity that has applied for a licence with the UAE central bank. Lakhanpal expects the application to be approved in 40 days.

Replying to a query on how UAE residents can use Money Trade Coin, Lakhanpal said: “In the UAE, you have to take it in Bitcoin as there’s a legal platform called BitOasis where you can encash cryptocurrency. For example, if you took Money Trade Coin and want to encash it after seeing good profits, you will withdraw it and convert it into Bitcoin. You can go to the BitOasis platform and encash your Bitcoin.”

The Dubai government is currently interested in cryptocurrencies that use blockchain to underwrite their transactions and Money Trade Coin is one of them. Among other nations, the European Union and the US have a much more regulated cryptocurrency market. Russia recently declared it a legal business while India is on the verge of regulating this industry.

Statistics show that the global cryptocurrency market cap fell to approximately $120.3 billion on September 17 after hitting a record $170 billion on August 1, reflecting global fears about the volatility in the digital currency market.

China last week ordered many digital currency platforms to cease trading immediately and asked them to send notices to users about the closure. US-based JPMorgan on September 12 warned that it’s a “fraud” and will eventually “blow up” – sending digital currencies crashing as much as 10 per cent in a day.

Lakhanpal also warned that users would have to be very cautious as the digital currency market is highly volatile.

“If many people have made millions, there are many who burnt their fingers and lost millions also,” he said after the Press conference in Dubai.

Gautam Kanjilal, a Dubai-based executive, said cryptocurrency is algorithm-based, hence, it doesn’t reside on a single computer; rather, it’s sharing of ledgers of hundreds of computers, which makes it unhackable and cannot be duplicated.

He pointed out that there is also the downside to it as it’s difficult to track ownership and where it gets created from.

“A niche segment is the one who is aware of it but largely the generally public has no awareness. But it’s a matter of time before they become aware of it. In fact, it has largely more to do with the acceptance of regulators and the financial monitoring authority. They need to get comfortable,” Kanjilal added, saying that digital payment is at the forefront and cash is becoming history. “Digital payment is critical in certain countries where technology and infrastructure is lacking, but in major economies, it’s largely cashless.”

Ali Akbar Sultan Ahmed, director of Think Big Entertainment, said: “I knew a bit about it but today’s event has given a better perspective of the cryptocurrency market and a platform where your money is secured. With the passage of time, confidence of people in digital currency will grow and it shouldn’t take much before people start thinking about investing in it. But I will advise them to study first before pumping your money into digital currencies.”

Pradeep Dulera, an Indian national who attended the launch, said that though he doesn’t know everything about digital currency, he had studied the basics about Bitcoin before investing in it.

“I had invested in the cryptocurrency in the initial stage. In India, people were not much aware of digital currency prior to demonitisation but it’s getting popular now. As compared to India, people globally are much more aware about it,” he added.

“Like any other investment, the propensity to take risk differs from person to person. Due to its volatility and uncertainty, Bitcoin could be quite a risky investment. If you do understand the risks involved, only then I would recommend trading or buying into Bitcoin,” said Deepak Machado, a Blockchain/Bitcoin evangelist.

“I had invested in the cryptocurrency in the initial stage. In India, people were not much aware of digital currency prior to demonitisation but it’s getting popular now. As compared to India, people globally are much more aware about it,” Pradeep Dulera, a visitor at the launch of Money Trade Coin, said.

Hichem Maya, head of industries at SAP Mena, said Secure and traceable cryptocurrencies, such as bitcoin, can transform the UAE’s daily lives and businesses, and fuel economic growth.

“The Dubai government is showing global best practices in using blockchain to go paperless. For widespread cryptocurrency, organisations need cloud infrastructure to connect cryptocurrencies to wider use cases, and for the industry to enhance standards,” he said.

Mohammed Mahmoud Abdou Ali El Ashri, IT systems manager at BSS group, said Cryptocurrencies are purely determined by supply and demand and hence there isn’t a single entity that has the power to increase or decrease its value.

“Cryptocurrencies have the ability to change the way the global financial system operates which then again brings in many pros and cons as it limits the power of world central banks and governments over conventional currencies,” he said.

Devesh Mamtani, head of investments & advisory at Century Financial Brokers, said there has been the view that cryptocurrencies have traditionally had a bit of risk associated with them, however the acceptance of them in the market has increased over the years.

In the GCC, he said regional governments have already started to experiment with the potential uses of blockchain technology in both the public and the private sectors. Among its many benefits, it can help reduce costs, boost the accuracy of data and allow for improved monitoring by regional regulators.

Ali Merji, research director at Gartner Industry Advisory Services/Banking and Investment, said blockchain has the potential to be disruptive and transformation but probably not before 2022.

“The ability of blockchain to facilitate transaction, avoid double spend and track provenance are especially attractive. In Dubai, banking and government are first adopters,” he said.

“We may also see its use in tracking digital gold assets on blockchain. Gartner expects the business value-add of blockchain will grow to slightly more than $176 billion by 2025, and then it will exceed $3.1 trillion by 2030.”

Elliott Parkhouse, senior financial planner at Guardian Wealth Management, said cryptocurrencies such as Bitcoin are getting a lot of press at the moment and definitely cannot be ignored by the industry.

One thing’s for sure, cryptocurrencies such as Bitcoin are getting a lot of press at the moment and definitely cannot be ignored by the industry. “That being said, it is a very volatile digital currency and just last week we saw its value drop over 30 per cent. As a financial advisor it is not something that I would recommend to my clients because at the moment it is an unregulated market offering no protection and clients can lose as quickly as they make money.”