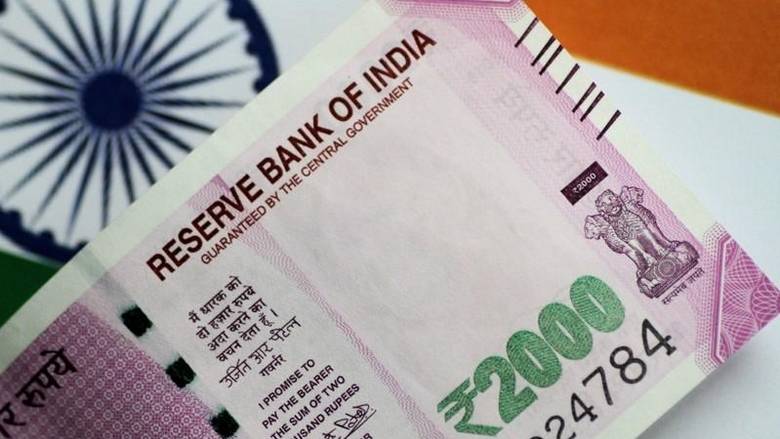 The Indian stock market on Monday suffered its worst single-day rout in history and the rupee plunged more than one per cent, with investors stuck in a selling frenzy as the coronavirus disrupted businesses and forced several districts into lockdown.

"The unprecedented fall in the Sensex, has been a result of the increase in the Covid-19 cases across the globe. The impact has been disastrous for the domestic investors and the markets are awaiting a financial package to deal with the ongoing crisis from the government," said Kaushal Agarwal, Chairman, The Guardians Real Estate Advisory

Several Indian companies shut stores and factories in line with government directives and several districts went into lockdown to contain the virus. As of Sunday, India had 341 cases of coronavirus, with seven deaths.

Trading in Indian equities was curbed in the first hour of Monday's session as the main indexes plunged 10 per cent, and resumed 45 minutes later.

Global financial markets were also hit hard on Monday as nations resorted to lockdowns, threatening to overwhelm policymakers' frantic efforts to cushion what is likely to be a deep global recession.

In Mumbai's main stock indexes on Monday, financial stocks bore the brunt of the losses. The Nifty PSU Bank Index , which tracks state-owned lenders, slumped 12.69 per cent, while the Nifty Private Bank Index plunged 17.88 per cent to a near four-year closing low.

Top private-sector lender HDFC Bank Ltd was the biggest drag, falling as much as 13.4 per cent. The auto sector also took a severe beating as major automakers halted production. The Nifty Auto Index dropped 13.85 per cent, with Maruti Suzuki India Ltd sinking nearly 17 per cent. Leading automakers such as Maruti Suzuki India and Mahindra & Mahindra have announced suspension of manufacturing activities across plants.

Arun Leslie John, chief market analyst, Century Financial, said: "Other major manufactures too have followed suit causing other sub contractors and small assembly manufacturers to halt their business activities. For an informal economy like India, costs are especially huge for daily wage earners as well as other informal sector employees not covered under ambit of national regulatory programmes."

Rupee's dropping beyond 76 levels is going to aggravate the FII's more as fears of further capital depreciation take a huge toll on investment scenario. "Going ahead, any steep rise in coronavirus cases in India despite the current tough measures being imposed will take Indian Rupee into uncharted territories and cause further fall in Nifty  and Sensex," added John.

Indian stock markets crashed on Monday morning to nearly 3,000 points or below 10 per cent halting the trade for second-time this month.

Srikanth Iyengar, Managing Partner, Five Capital, said: "The Indian stock markets are now just following the global mayhem. The US is the mother of all markets and unless this stabilises the Indian markets will continue its sell-off. Surprisingly, the dollar is still considered as a safe haven and its reflected in the dollar index which is very close to a breakout point which is at 103. A fiscal and monetary stimulus in India will help stabilise the markets in the coming week."

The markets have become completely chaotic and there there is no respite to the sell-off mode erasing investor wealth like never before.

"The underlying uncertainly on account of Covid-19 pandemic has contracted economic activity accros the world and unless we see some clear evidence on the spread of the virus, the markets will continue to be volatile and unpredictable," said Krishnan Ramachandran, CEO, Barjeel Geojit Securities.