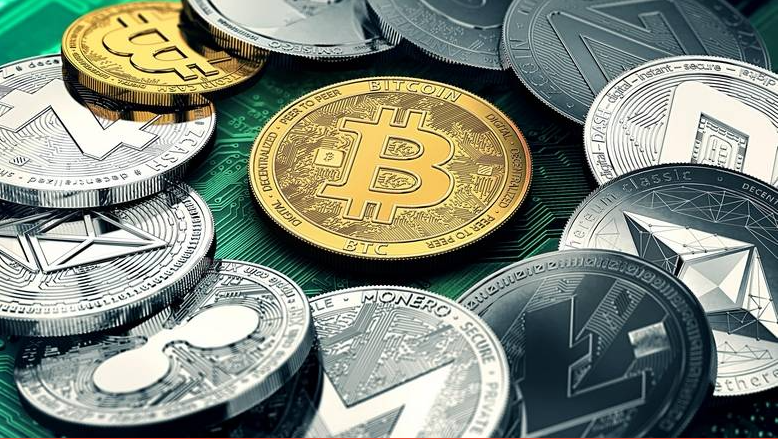 The bull run and rally in Bitcoin and other cryptos is certainly not going to slow down despite the 15 per cent dip in the most popular digital asset’s value to below the $50,000 mark last week, experts say.

Analysts said the overall momentum for the crypto space remains strong despite the recent correction and Bitcoin has the potential to hit the $100,000 mark during the second half of this year.

“Putting short-term volatility aside, Bitcoin could easily touch the $100,000 mark by next year or even by the end of 2021. I’m not alone in making this price prediction as Gordon Einstein, who is the founding partner at CryptoLaw Partners, also believes that Bitcoin could touch $100,000 and one of the reasons is due to Bitcoin being decentralised and the price is determined by the market, not by a CEO or official body,” Eman Pulis, group founder at Sigma, told Khaleej Times.

The second-biggest cryptocurrency, Ether, has also soared more than 400 per cent this year. It last sat at $3,865, steady during the last week so far.

“With all these significant movements, $80,000-$100,000 is a fair trading range. However, there is still potential for it to smash through this range and even reach, let’s say $250,000 or even $500,000, if this bullish market continues. What is certain is that Bitcoin’s popularity is nowhere close to slowing down and its acceptance into our every day life could drive it to a trading price no one would of imagined a year ago, or even now,” Pulis said.

He said Bitcoin has just come off a record-breaking 2020 with significant barriers being surpassed continuously. The start of the year also saw Bitcoin smash through the $60,000 mark, which was a massive milestone for the digital asset. However, the following months saw a minor dip.

“Due to this dip, I expect another pump in Bitcoin’s price in the second half of the year. Massive corporations are backing the digital asset, such as PayPal and Morgan Stanley, among others, while cryptos’ popularity continues to rise in other spaces.”

Elaborating, he said Miami is looking to become the crypto capital of the world by paying workers in Bitcoin while Premier League club Southampton FC has decided to pay their players’ bonuses in the asset.

“There will definitely be more movements like this in the second half of the year that will push Bitcoin towards the mainstream, and therefore it is looking extremely positive for the world-famous digital asset,” he said.

“I do think Bitcoin is due for another bull run, which could see it propel to between $80,000-$100,000. One of the reasons I believe in this range is due to Bitcoin becoming the third most powerful currency in the world, according to Deutsche Bank.”

Pulis said the market cap of Bitcoin is just too impossible to ignore and with major players joining the market, the price is set to rise. “Obviously, there are factors that may pull the price down or slow its progress but the future of Bitcoin is looking more positive as the days go by,” he said.

“The bull run and rally in Bitcoin and other cryptos is certainly not going to slow down despite the 600 per cent increase in price and due to giant corporations joining in such as PayPal, JPMorgan and Morgan Stanley, as well as sports associations like the NBA and NFL, Bitcoin has gained millions of supporters,” he said.

Vijay Valecha, chief investmentofficer of Century Financial, said buy on dips has been a popular crypto trading strategy seen over the last couple of months. He said the overall momentum for the crypto space remains strong despite the recent correction.

“The total crypto market cap of $2 trillion currently comprises of Bitcoin’s own market share of around $1 trillion. While Bitcoin’s dominance of the market has reduced from year-to-date highs of 65 per cent to the current level of 50 per cent, it will continue to act a harbinger for the broader crypto space,” Valecha told Khaleej Times.

On some of the major headwind factors for cryptos, he said increased regulatory oversight, exchange/miner-based security hacks and tightening of monetary policy conditions will weigh on digital currencies’ outlook.

“Calls for stricter and enhanced regulatory oversight for cryptocurrencies will especially grow louder if Bitcoin reaches near the magical triple-digit number of $100,000. Major US and European regulatory authorities are contemplating on various policies and country-level measures to safeguard the investor interest in this space,” he said.

He said Bitcoin’s daily 30-day volatility on a rolling basis is currently trending near the 60 per cent level, lower than its year-to-date high of 96 per cent seen during early January. Over the last five-year period, the average level for this volatility statistics has been in the 70 per cent to 80 per cent threshold.

“Using implied volatility to look at the future expected volatility levels, the measure for the next five future month contract currently stands above 80 per cent to 90 per cent near the current Bitcoin strikes,” he said.

“Bitcoin volatility will continue to remain elevated with every new passing high levels. This is primarily on account of more profit booking and further buying by institutions for corporate and long-term investment purposes. Owing to the nature of the crypto markets, volatility is a key component, which should be realised before making any investments. Using volatility as an opportunity has turned out to be a key investment theme in this space by risk takers,” he added.

Edward Moya, senior market analyst at Oanda, said cryptocurrencies had been ripe for a pullback.

“The market has become overly aggressive and bullish on everything. It could have been any bearish headline that could have triggered this reaction,” he said.